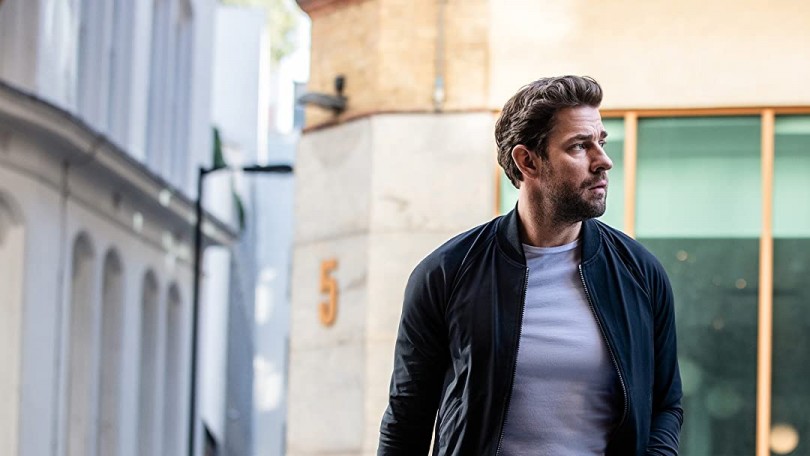 Author Tom Clancy introduced the character of Jack Ryan in a series of books before Ryan headed to the big screen in several films.

Now the former U.S. Marine is featured in an episodic series for the first time, with John Krasinski portraying Ryan in this Amazon original thriller that centers on Ryan as an up-and-coming CIA analyst.

He is thrust into a dangerous field assignment for the first time and uncovers a pattern in terrorist communication.

That launches him into the middle of a dangerous gambit with a new breed of terrorism that threatens destruction on a global scale.

Tom Clancy was the poet of the modern American empire. Starting with The Hunt for Red October, published in 1984, at the height of Ronald Reagan’s bombastic nuclear threats against the already-waning Soviet Union, Clancy’s charismatic spy Jack Ryan has swashbuckled his way across the planet, uncovering plots and neutralizing threats to American hegemony.

In dozens of novels, movies, and video games over the 35 years since, Clancy and his adapters have used Jack and his black-ops buddies to paint a portrait of benevolent American military supremacy and economic exploitation for an American audience desperate to see itself as a pack of Boy Scouts descending from its city on a hill to save an ungrateful world.

The second season of Amazon’s Jack Ryan TV series, which arrived earlier this month, carries Clancy’s imperial imagination forward into our own multipolar age of resurgent nationalism, wars on terrorism, and global finance capitalism. Amazon, in short, is teaching its audience to think and see like a twenty-first-century empire.

Amazon spared few pennies when producing the first season of the show and this second installment looks no less expensive.

The cinematography and direction remain strong, the locations remain vast, and the action sequences continue to be explosive and sizable.

Jack Ryan looks and feels cinematic each episode, delivering a series that feels large-scale and expansive. This helps the show become incredibly immersive, especially when the plot begins to come to a crawl.

While watching Jack Ryan Season 2 it’s hard to shake the thought that it’s a bit odd for John Krasinski to be doing this show.

He is, after all, the star who went from playing the Martin Freeman role in the US version of The Office to writing, directing, and starring in the hugely successful horror film A Quiet Place.

Right now he must have his pick of TV and film projects, and yet the actor’s chosen to spend a hefty chunk of his time in a long-form TV series playing a character previously portrayed by four other actors. And he’s already signed up for a third season.