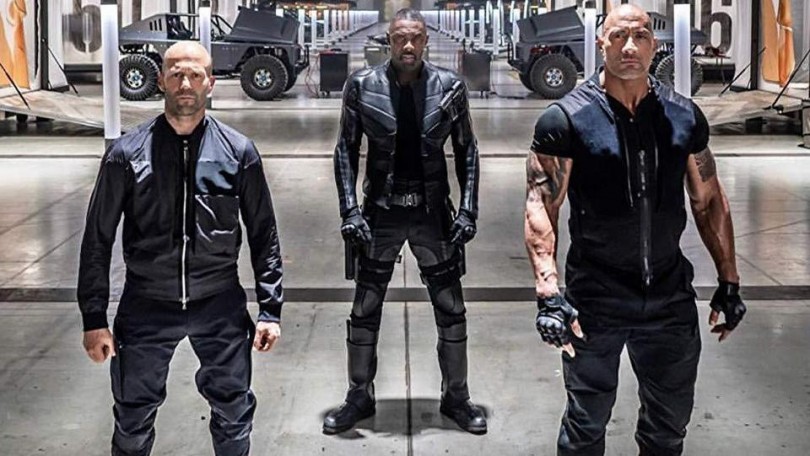 Luke Hobbs and Deckard Shaw set aside their differences and partner up to protect the world from Brixton, a genetically enhanced super-soldier.

Ever since hulking lawman Hobbs (Dwayne Johnson), a loyal agent of America’s Diplomatic Security Service, and lawless outcast Shaw (Jason Statham), a former British military elite operative, first faced off in 2015’s Furious 7, the duo has swapped smack talk and body blows as they’ve tried to take each other down.

But when cyber-genetically enhanced anarchist Brixton (Idris Elba) gains control of an insidious bio-threat that could alter humanity forever–and bests a brilliant and fearless rogue MI6 agent (The Crown’s Vanessa Kirby), who just happens to be Shaw’s sister–these two sworn enemies will have to partner up to bring down the only guy who might be better than themselves.

Some are better than others, but none are great, and all have the potential to be awesome. Yet despite having the world’s most bankable star and more money than I could ever fathom behind their production, the films he’s been starring in these past few years don’t have any ambition at all. None.

They exist to give us our fix of increasingly veined, sweaty muscles and then be forgotten amidst the unwashed masses of similar money grabs. It’s tiring. It’s boring. It’s a waste of talent.

The story begins with Diplomatic Security Service Agent Luke Hobbs (Dwayne “The Rock” Johnson) and former British Special Forces assassin-turned-mercenary Deckard Shaw (Jason Statham) teaming up against their will to extract a synthetic and deadly virus from Shaw’s sister, MI6 field agent Hattie (Vanessa Kirby) before she is captured by terrorist Brixton Lore (Idris Elba), who plans on using it to commit global genocide.

Along the way, Luke and Deckard need to work out their differences, as the two characters have been rivals throughout the course of the last two “Fast and Furious” movies (2015’s “Furious 7” and 2017’s “Fate of the Furious”).

Hobbs & Shaw, the first and so far only spinoff of the series, also makes good on that promise, this time by building out the prickly not-quite-friendship established between Luke Hobbs (Dwayne Johnson) and Deckard Shaw (Jason Statham) in The Fate of the Furious. But no worries if you missed that one — an early montage of their respective morning routines tells you everything you need to know about how similar and how different they are, with wit and style.

They’re teamed this time with a third lead, Hattie Shaw (Vanessa Kirby), against a new villain, the technologically enhanced Brixton (Idris Elba), and… something about a world-threatening virus that they need to contain, or get rid of, or whatever? The point is, everyone’s alternating between punching, arguing with, and driving very fast cars at each other, and it’s all great fun.