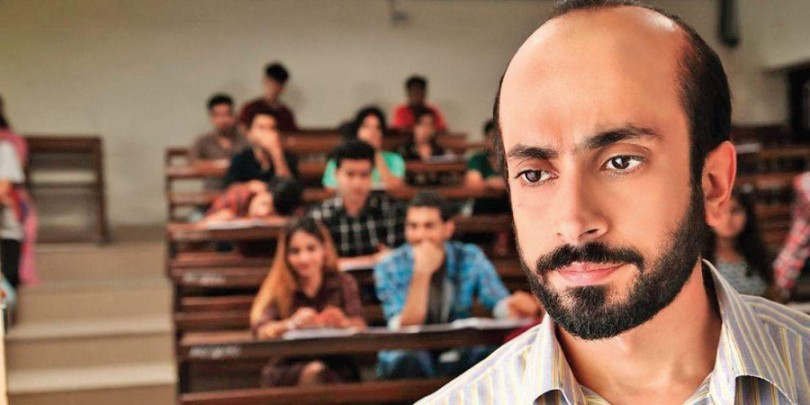 Chaman, a lecturer, has trouble finding a suitable bride due to his receding hairline. All hell breaks loose when an astrologer predicts that he will remain celibate if unmarried till the age of 31.

After facing several rejections as a potential groom because of his bald condition, Chaman gets another blow when an astrologer gives a deadline to find himself a wife or remain a celibate forever.

Life turns around when he encounters a girl named Apsara on a blind date. What follows in the latter part is a series of emotional and funny roller-coaster ride and brings Chaman on a road of self-discovery and acceptance of inner beauty.

Chaman Kohli (Sunny Singh), a college professor in Delhi, is balding at the age of 30. To make matters worse for him and his family, an astrologer has said if he doesn’t get married before turning 31, he will be consigned to a life of celibacy.

This in a nutshell is the story of ‘Ujda Chaman’. The plot is interesting. There is a relevant social message in it, and there is some quirky comedy as well.

But the writing is weak and there is no subtlety in the approach. Everything, from the Delhi family humour to the background score, screams loud.

The film’s exasperated protagonist, at one point, mulls going in for a hair transplant but figures out it would be way beyond the means of a Hindi lecturer earning Rs 70,000 a month. He then uses a hair patch to hide his bald pate.

A nasty student films him in the act of removing the wig in the college washroom.

The video goes viral and he becomes the butt of ridicule on the campus. That is the level of dimness at which this film operates in its attempt to evoke sympathy for a man who shouldn’t have in the first place cared a fig about missing hair.

The film is a remake of a 2017 Kannada hit, and its makers seem to regard premature baldness as some sort of disability, which is both troubling, and frankly unconvincing.

All attempts to find a wife for him prove futile; he’s repeatedly rejected by girls and their parents. At college, students routinely humiliate him.

And his family has been warned by an astrologer that he’ll remain a bachelor if they can’t marry him off by the time he turns 31. It’s all getting to the poor chap, who becomes obsessed with finding a partner.

There’s genuine potential in the film’s premise…in the idea that a full head of hair is somehow linked to masculinity and a deep sense of security. But director Abhishek Pathak and his writers seldom go beyond the obvious.