Home » What Are The Top 7 Frameworks For Hybrid App Development? 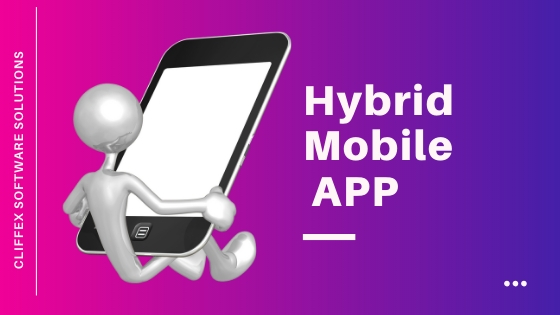 Why Use a Hybrid App Development Framework?

The HTML, CSS and JavaScript code is packaged within a native container for the future hybrid app development and that runs on any operating system/device. It is only because of some frameworks, that the code requires not any type of modifications.

The hybrid frameworks act similar to web programming and has components, libraries of code, integration with frameworks like AngularJS and APIs which serves the purpose of streamlining and boosting the power of the code.

However, there are numerous frameworks available in the market and it often becomes difficult for the developers to choose the right framework. Let us discuss some of these hybrid frameworks:

Here are some of the hybrid frameworks that have solved the many limitations of the hybrid app development such as updating SDKs, accessing APIs, usability etc.

It is the open-source mobile UI toolkit for cross-platform app development for Android, iOS and the web, based on a single codebase. It is one of the most popular frameworks for hybrid app development. It serves the purpose of increasing productivity and reducing the development time.

Ionic is based on the Angular framework and helps in a faster time to market your app and reduces overall development time. The framework uses tools based on technologies such as CSS, HTML5, etc.

It enables to develop common functionalities of your app and you can find and make use of the third-party solutions. The framework is suitable for creating apps with complex routing or navigational logic.

React Native is a framework from Facebook and supports both Android and iOS. It uses reusable native components that compiles directly to native. React maintains a consistent look and feel of a native mobile application. The components enable development with agile, web-style approach when compared with other hybrid frameworks.

The developer can learn it only once and develop web as well as mobile applications. You can create apps on both Android and iOS platforms. React Native development is 40 % faster than the traditional way of development. It saves you precious time with no need to write separate codes for apps on various platforms.

Xamarin is one of the top-rated hybrid frameworks for creating an advanced mobile application. It offers reduced development cost and time to market the products. It offers a simplified way of sharing code across various platforms such as Android or iOS and so offers a lesser development time.

Xamarin writes its code in C# language and provides a native user interface language because C# is an object-oriented language. It offers native UI access and benefits of native apps with device features such as a microphone, camera, etc.

The best part of Xamarin is that it offers both – the look and feel of a native app and the cost-effectiveness. It provides remarkable app performance with user experience. Better user experience is delivered across all mobile platforms with standardised UI controls.

It is one of the mobile UI frameworks that helps to develop amazing Android and iOS applications with just a single codebase. The app developers can build highly engaging apps with features of the likes of Material Design and Cupertino for Android and iOS apps, respectively.

It comes with a set of visual/motion-rich widgets and makes it possible to build interactive apps for both platforms. It creates user-friendly apps with easy navigation features.

Flutter comes with third-party integrations, native codes and APIs and ensures that you have a memorable app development journey. It also allows the native features and SDKs on both Android and iOS platforms.

Moreover, Flutter offers easier and quicker setting up of application compared to React Native. You can modify the interface by changing the variable in the state for all changes in the UI.

Onsen UI is another open-source hybrid app development framework that sets itself apart from the rest with features like effective deployment to desktop and mobile applications, shallow learning curve, workflows based on existing frameworks such as React and Angular.js. It is not tethered to any specific libraries.

It can be used without the AngularJS requirements. It comes with documentation on the nitty gritties of common application structures. It provides developers with the ease of use and builds applications based on components with native looks.

It is a framework to build apps that do not appear as apps built for Android/iOS. But, it develops generic applications that consistently work well, irrespective of the browsers. Since it provides support for multiple Operating systems, the apps work well for organizations with BYOD (Build Your Own Device) policies.

Moreover, the developers can create their themes with ThemeRoller with no need to write any additional code. JQuery Mobile you can develop responsive screens for both devices and sizes. It is easy to learn and create a product page for a client or any other custom pages.

It is another open-source, HTML framework for creating hybrid/web apps.

The developer finds development with Framework7 easy to manage. It works well with other frameworks such as Angular.JS and React.JS.

It is possible to develop responsive and faster apps. You can build dynamic apps with Framework7 due to the presence of a flexible router API and dynamic page loading.

If you have budget issues and need to develop applications with less time, effort and money then the best option is the hybrid application development.

Cliffex is one of the best hybrid application development companies that can help your organization to develop hybrid apps within your budget constraints.