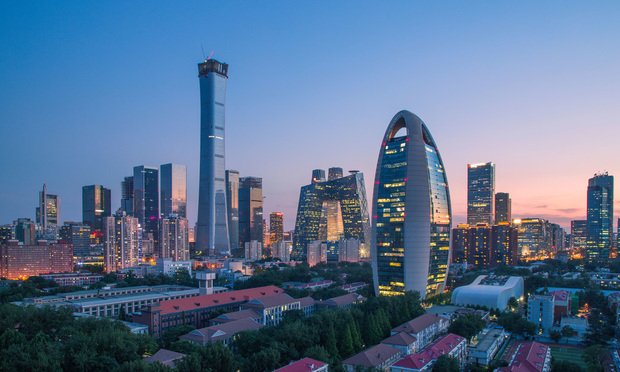 Beijing is the capital of the People’s Republic of China, the most populous country in the world.

With a population of 21,500,000 people, it is the nation’s second-largest city after Shanghai. It was also the seat of the Ming and Qing dynasty emperors until the establishment of the Republic of China in 1911.

Beijing is the political, educational and cultural centre of the country and as such it is rich in historical sites and important government and cultural institutions.

The city is marked by its flatness and arid climate. There are only three hills to be found in the city limits (in Jingshan Park to the north of Forbidden City) and mountains surround the capital on three sides.

Like the configuration of the Forbidden City, Beijing has concentric “ring roads”, which are actually rectangular, that go around the metropolis and serve as good reference points as one attempts to move about the city.

Beyond the ring roads are the most-visited portions of the Great Wall of China, which witnesses visitors the world over and Beijing serves as a good headquarters for those who wish to gaze upon one of mankind’s more memorable and lasting structures. 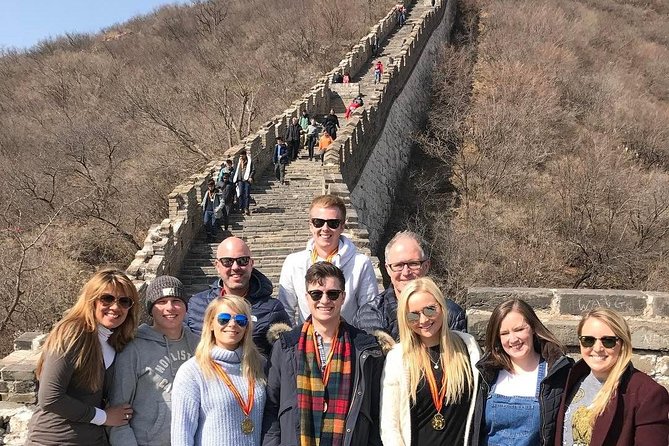 The one attraction you can’t miss when traveling to China? The Great Wall of course! Check this major destination, one of the less well known (and less crowded) sections at Mutianyu.

Constructed over 2,500 years ago to protect the Chinese from fierce northern tribes, the Great Wall of China is rich with history.

On top of that, the Mutianyu Great Wall is surrounded by beautiful dense woods and rich pastures that change colors with the seasons, and is less busy than many other gates along the Great Wall.

But even so, because of it’s sheer popularity, it’s often a hassle grabbing a ticket as the lines can be crazy! Not to worry though, you can skip the lines and just go straight to the entrance with your mobile voucher.

As mandatory a Běijīng sight as the Great Wall or the Forbidden City, the Summer Palace was the playground for emperors fleeing the suffocating summer torpor of the old imperial city.

A marvel of design, the palace – with its huge lake and hilltop views – offers a pastoral escape into the landscapes of traditional Chinese painting.

It merits an entire day’s exploration, although a (high-paced) morning or afternoon exploring the temples, gardens, pavilions, bridges and corridors may suffice. 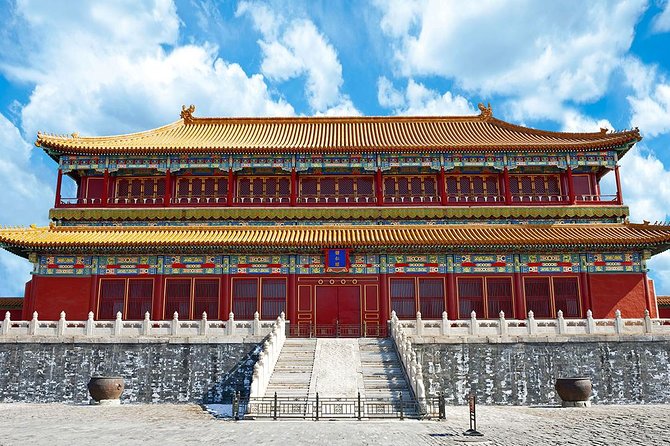 The Forbidden City is an awe-inspiring building that has fascinated people from all over the world for centuries, drawing millions of tourists to its doors every year.

It has come to the point that they have had to limit visitors to 80,000 per day! This incredible structure is one of the world’s only fully-preserved royal residences and dates all the way back to ancient Chinese history in 1420.

With your ticket, you will get advanced reservation to visit the Beijing Palace Museum housed inside the Forbidden City and discover the rich and varied history of this breathtaking palace.

A number of exhibitions take place within its halls, presenting a huge array of priceless collections of ancient Chinese artifacts.

From the evolution of ceramic artefacts to cultural studies and exhibitions, from foreign artefacts to digital presentations, there are numerous sights to see and learn about within the museum.

Travellers looking to learn more about Chinese culture and discover its history in a more comprehensive way shouldn’t miss a visit to the palace museum – and allow yourself as much time as possible to explore! 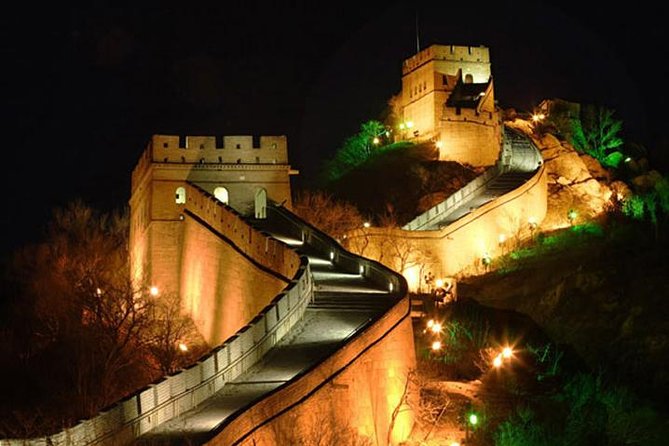 In fact, the length of all Chinese defense walls built over the last 2000 years is approximately 50,000 kilometres, while the Earth’s circumference is only 40,000 kilometres!

Once a military stronghold, its steep slopes and winding nature made it very difficult for enemy armies to cross.

A tranquil oasis of peace and methodical Confucian design in one of China’s busiest urban landscapes, the 267-hectare Temple of Heaven Park is absolutely unique.

It originally served as a vast stage for solemn rites performed by the emperor of the time (known as the Son of Heaven), who prayed here for good harvests and sought divine clearance and atonement.

Strictly speaking, it’s an altar rather than a temple – so don’t expect burning incense or worshippers.

This exceptional temple is a glittering attraction in Běijīng’s Buddhist firmament.

If you only have time for one temple (the Temple of Heaven isn’t really a temple) make it this one, where riveting roofs, fabulous frescoes, magnificent decorative arches, tapestries, eye-popping carpentry, Tibetan prayer wheels, tantric statues and a superb pair of Chinese lions mingle with dense clouds of incense. 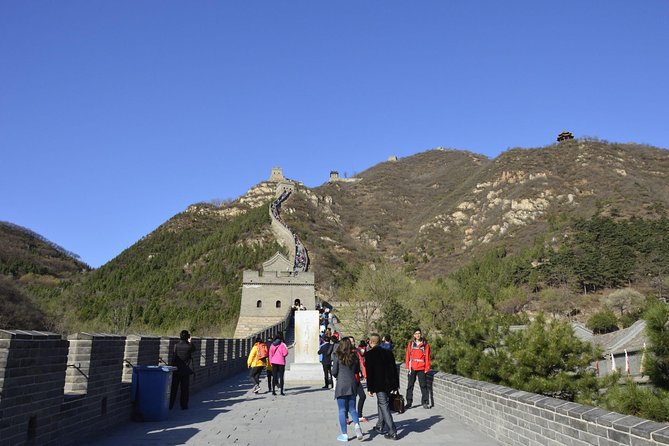 Hit outskirts of Beijing on this private full-day tour (8 hours) with your professional guide.

The Juyongguan section of the Great Wall attracts visitors to less crowds, stunning views, and some ancient temples.

Afternoon to Ding Tomb at the Ming Tombs and the Sacred Way. Entrance fees, guide, lunch, private pickup and drop-off at your hotel are all included.

Known as the ‘Great Wall in Water’, this lake park contains several sections of the Great Wall that were submerged under water with the damming of the Hàomíng Reservoir. 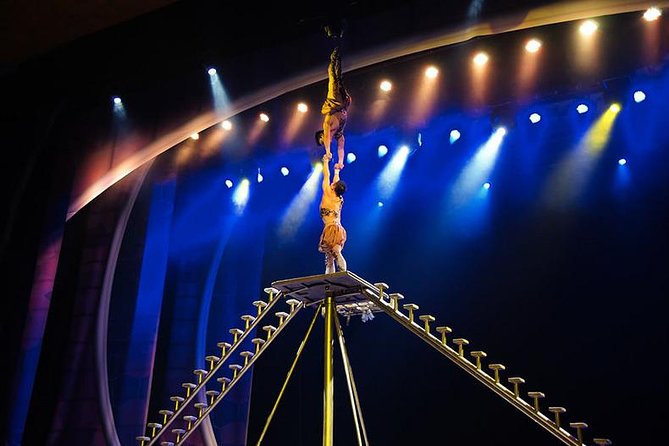 Enjoy a night show has become one of the most important things to do in Beijing, especially for the first time visitors.

Acrobatic is one of the oldest performing arts practiced in China, and the spectacular skills honed over centuries are on display in this entertaining show.

The young acrobats perform astonishing stunts and feats of dexterity that you will definitely have to see to believe. You will be watching the best Acrobatic show in Chaoyang Theater Beijing (60 minutes). 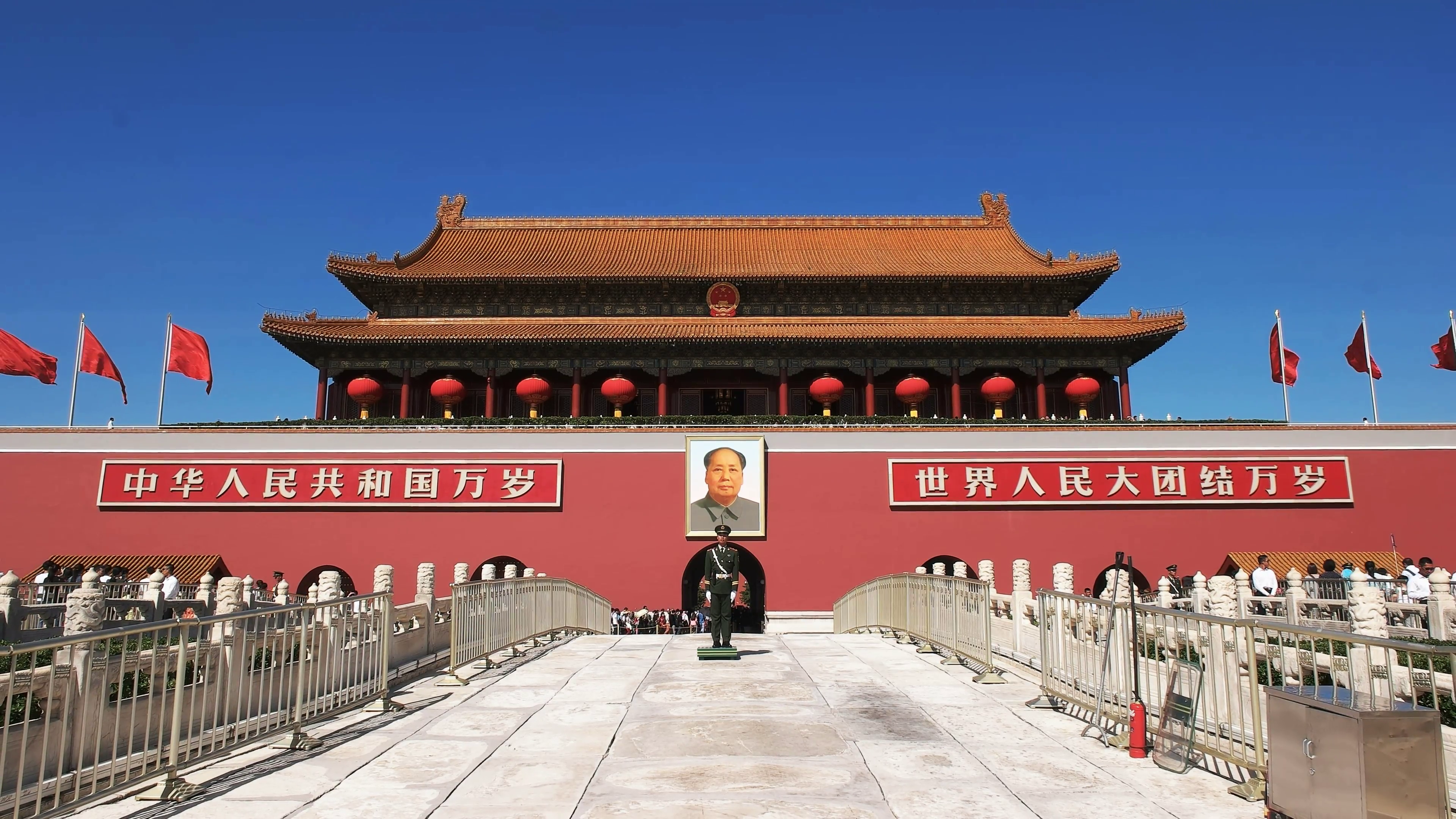 Characterised by a giant framed portrait of Mao Zedong, and guarded by two pairs of Ming stone lions, the double-eaved Gate of Heavenly Peace, north of Tiān’ānmén Sq, is a potent national symbol.

Built in the 15th century and restored in the 17th century, the gate was formerly the largest of the four gates of the Imperial City Wall, and it was from here that Mao proclaimed the People’s Republic of China on 1 October 1949. Today’s political coterie watches mass troop parades from here. 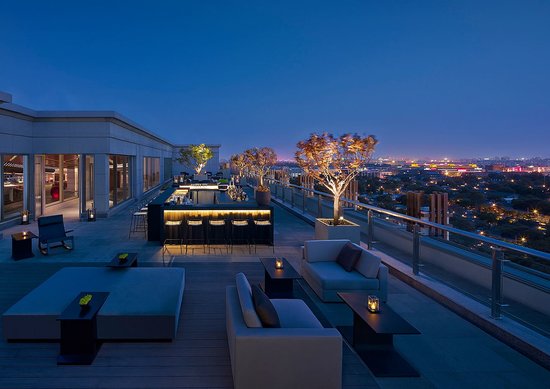 The 309-room New World Beijing Hotel is only a short stroll from the Temple of Heaven, and is conveniently located near important cultural sites such as Tiananmen Square and the Forbidden City, as well as the popular Wangfujing shopping district.

Designed to impress both business and leisure travellers, the hotel provides tastefully appointed guestrooms and suites and has an extensive range of recreational and business facilities.

From delicious Chinese delicacies at 8 Qi Nian to refreshing cocktails at the YIN on 12 rooftop bar, the hotel offers an authentic taste of this extraordinary city.

With the largest outdoor terrace of any of the capital’s luxury hotels, the Residence Club offers ultimate privileged privacy and superlative luxury. 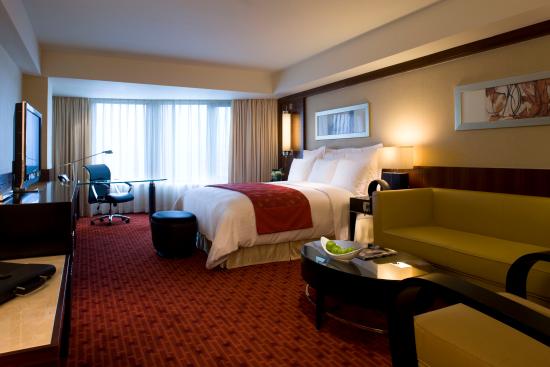 Beijing Pudi Hotel is home to 348 elegantly decorated rooms and suites featuring trademark “Revive” bedding and connectivity to plug and play iPods and other personal devices.

The meeting space comprises of 2,300 square meters, including a pillar-less ballroom that is interchangeable to suit your needs. Wireless high-speed Internet is accessible in all public areas and meeting rooms.

Aside from the preferable accommodation and meeting facilities, we offer a distinctive selection of restaurants and bars. 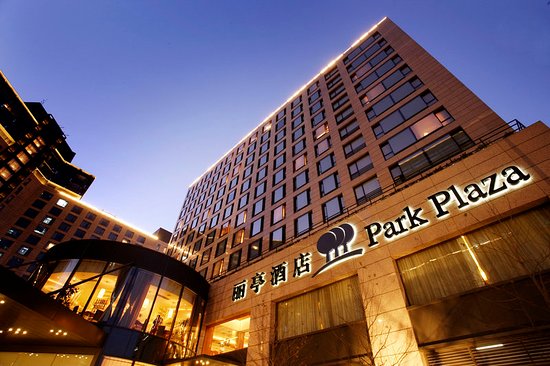 Park Plaza Wangfujing Hotel is a modern oasis, ideal for both leisure and business guests with 216 rooms.

Centrally located in the heart of Beijing’s bustling and developing cultural, commercial, business and entertainment district, the hotel is within walking distance of the Tiananmen Square, Wangfujing shopping street. 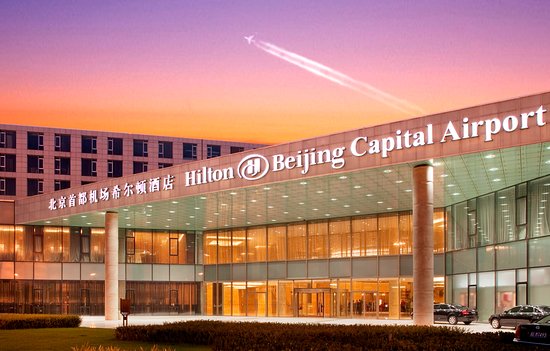 Located just one minute away by 24-hour hotel free airport shuttle bus from both Terminal 3 and the Airport Rail Link that provides 28-minute access to the city centre, the Hilton Beijing Capital Airport is just 10 minutes away from the new China International Exhibition Centre, and all the major tourist attractions are less than 40 minutes away. 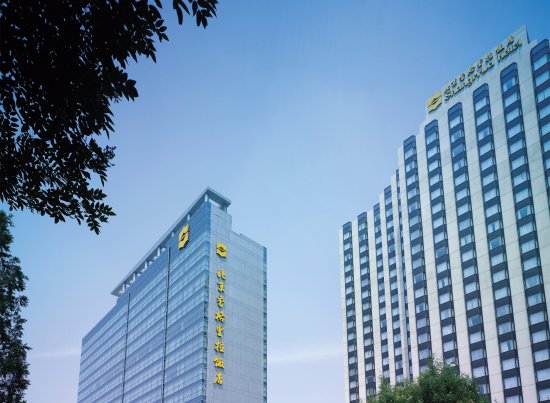 Shangri-La Hotel, Beijing is ideally locally located on the West Third-Ring Road which is the gateway to your historical exploration of the capital city such as Great Wall, Summer Palace, Fragrance Mountain, Tiananmen Square, Lama Temple, Hutongs, Houhai Bar Street and many more.

The hotel is also in the heart of financial and technological district and within close proximity to renowned universities like Tsing Hua University, Peking University, Renmin University, etc.

Access to and from the international airport is approximately 30 minutes by car and two subway stations are close by. 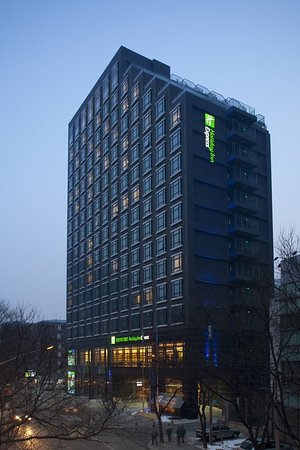 You’ll enjoy all the convenience of a city centre location when you choose the Holiday Inn Express Beijing Dongzhimen.

Beijing Capital International Airport is 30 minutes away and historic Beijing is also within easy reach. This welcoming hotel sits back from the city in its own gardens, and has complimentary high-speed Internet throughout.

Visit nearby company headquarters such as IBM and Boeing, as well as a host of embassies in the area.

You can also welcome up to 100 guests or associates to one of our 4 meeting rooms at Holiday Inn Express Beijing Dongzhimen.

Parking is complimentary and we’re a 10-minute walk from the city’s subway network. Take a stress-free subway ride to many of the city’s landmarks, most within a few minutes of the hotel.

Tiananmen Square and the Forbidden City are both around 8km away, so you’re close to the best of Beijing.

Our friendly Front Desk staff can suggest tours for the family, and kids under 18 stay free. Savour a complimentary breakfast before exploring the city.

Venture out to Sanlitun Village to find one of Beijing’s most popular entertainment spots, with dozens of bars and restaurants. 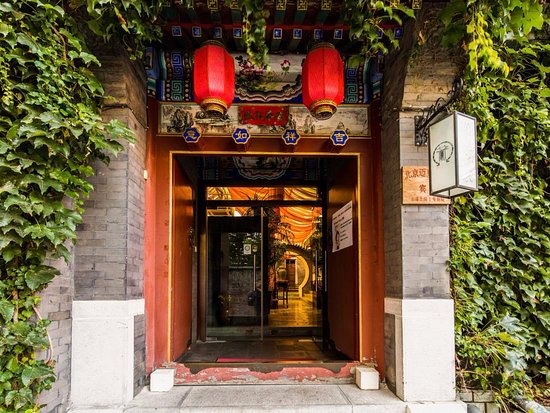 Enjoying A Convenient Location, the Hotel Offers You Traditional Ambiance And Modern Facilities With Guestrooms To Suit All Budgets.

Decorated With A Variety Of Main Colours, All Rooms Have Individual Styles.

Enjoy The Afternoon Tea With Your Friends Under The Glass Roof And Feel As If You Are Going Back In Time. 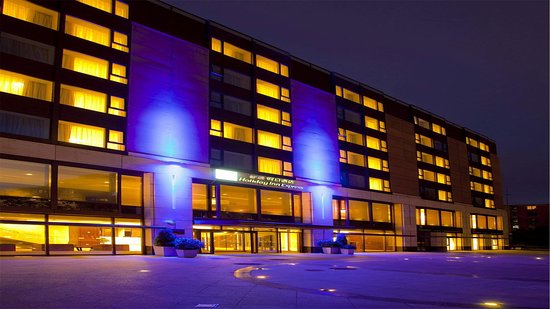 A warm welcome to Holiday Inn Express Beijing Temple of Heaven. The hotel is strategically located in Beijing historic downtown, in the neighbourhood of the Temple of Heaven Park and 10 minutes drive to the Tiannenmen Square, Forbidden City, National Grand Theater, WangfuJing Pedestrian and Qianmen Ancient Shopping Street.

Guests are entitled free to wireless high-speed internet connection in-room or at any public area within the hotel and complimentary use of computers in the business center. 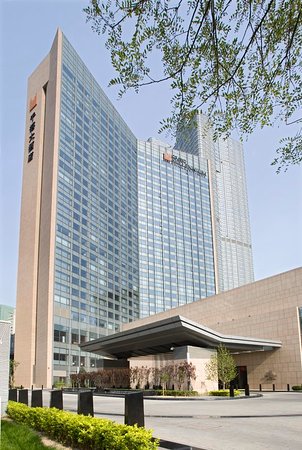 Grand Millennium Beijing is located in the CBD and is part of the Millennium Hotels and Resorts. This is premium 5-star deluxe hotel.

Convenient transportation for leisure and business guest. We have 521 grand and spacious guestrooms and mulitple dining options offering a variety of cuisine. For relaxation you can enjoy live entertainment at Havana (house bar).

All guests have complimentary access of the award-winning Oxygen Club and swimming pool complex.

All rooms have FREE high-speed broadband internet access and free WiFi is available through-out the entire hotel including public areas. 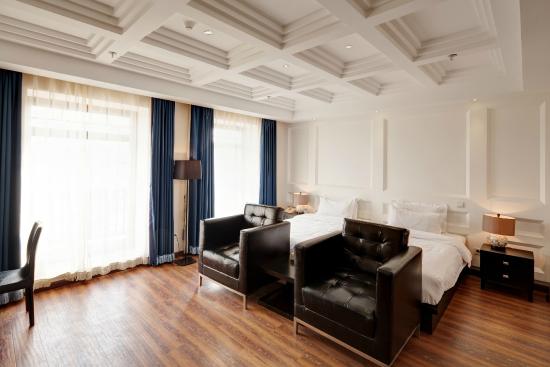 The Sofu – a modern boutique hotel with individually styled rooms, designed with a Chinese twist. Enjoy local life and culinary treats in the midst of traditional Huguosi Street.

Book Your Hotels Book Your Flights