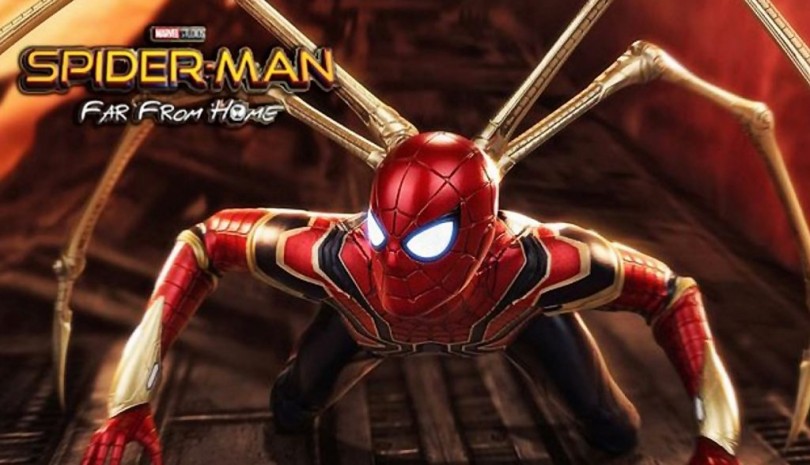 Spider-Man: Far From Home is the eighth Spider-Man film in the last 20 years. Written by Chris McKenna and Erik Sommers and directed by Jon Watts, this is the very much mainstream Marvel picture film. Tom Holland has returned as Peter Parker in this final chapter of the Marvel Cinematic Universe’s third phase.

For Tim Holland, this film also serves as a direct sequel to Avengers: Endgame. Working both as a superhero film and as a tale of teenage foibles and fun, the latest adventure plays a pivotal role in linking the past decade of films with what comes next.

Following the events of Avengers: Endgame, Spider-Man must step up to take on new threats in a world that have changed forever. His path soon crosses with that of beloved comic book character Mysterio. Jake Gyllenhaal has played the character of Mysterio. Also starring in the film is Samuel L Jackson, Cobie Smulders and Zendaya.

You May Like: 60 Facts About Avengers: Endgame, The Biggest Movie Of The Year!

For all these exotic novelties, this is a very mainstream Marvel picture, culminating in the traditional CGI damage to tourist landmarks in the time-honored final battle-spectacular. A new character has been perfunctorily added in the form of Mysterio (Gyllenhaal) and the film is certainly nowhere near the envelope-pushingly surreal ambition of Spider-Man: Into the Spider-Verse, from last year.

What makes it even trickier to suspend your disbelief is that this is the eighth Spider-Man film in the last 20 years. And if you count Jake Johnson in Spider-Man: Into The Spider-Verse, those films have had four different actors starring as Peter Parker. Holland may well be the best of the lot. His Peter is a lovably awkward but well-meaning adolescent. But it’s hard to grow too fond of him when so many moments in his Spider-Man series are reminiscent of moments in previous iterations of the character.

“Far from Home” is a work of crude and trendy distinctions between material realities and fabricated media images. Made as if in response to the prevalence of fake news and insidious propaganda, the movie relies on a sort of informational virtue signalling that vaunts its own cynical self-promotion: the idea that Marvel’s own audiovisual illusions, unlike those made by the villain, come clearly labeled as fantasies and aren’t meant to override the ability of viewers to distinguish them from reality.