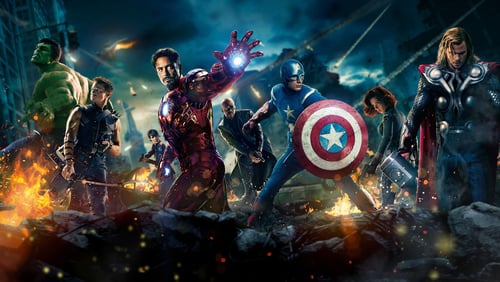 S.H.I.E.L.D. has located the mysterious Tesseract device and the Army’s super-soldier Captain America. The Tesseract is actually a gateway to an entirely new world called Asgard. A mysterious being known as Loki arrives on earth and immediately assumes that he can rule all human beings. But that irks S.H.I.E.L.D. director Nick Fury the wrong way.

As Loki escapes with the Tesseract, Nick Fury believes this is an act of war against Earth. His only hope is to assemble an actual team of superheroes. Dr. Bruce Banner, who turns into an enormous green rage monster known as the Hulk. Tony Stark and his venerable Iron Man armor. Captain America, the Stark Enterprises created super-soldier.

Thor, the god of thunder, protector of Earth and his home planet of Asgard, and Loki’s brother. Master assassins Hawkeye and Natasha Romanoff. Together they will become a team to take on an attack that will call them to become the greatest of all time.

Mark Ruffalo is the third actor to play Bruce Banner/Hulk in the past decade, and even though the soft-spoken star would seem to have the longest fuse (when we first see him he’s tending to the sick in an Indian slum) he’s immediately both more dangerous and more fun than either Edward Norton or Eric Bana in the same role.

Whedon gives him a long build-up. For the first hour of the movie, we’re invited to speculate along with his new allies just how much havoc Banner’s rampaging id might cause. Then the leash comes off!

Never underestimate the entertainment value of the Hulk Smash. That’s probably the most important lesson to be drawn here, and one that clearly hasn’t been lost on the filmmakers, who have reportedly signed Ruffalo to a six-picture deal.

If it smolders in “The Avengers,” that is owing to Downey and Ruffalo, two A-grade actors who are damned if they are going to be smothered by a two-hundred-million-dollar B movie. Downey realized, in “Iron Man,” that spectacular pap could be made piquant only if the central icon was a jerk—a narcissist with roaring cash flow, rescuing not Earth from destruction but, way more important, his own soul from fidgety ennui.

Ruffalo, at the other extreme, is all diffidence and glancing timidity; as Banner, he seems embarrassed by the prospect of his own wrath, and there is a wonderful closeup of the sad, apologetic glow in his eyes as he turns green. Banner begins the film as a practicing doctor (not just any doctor but, in line with Marvel’s overreach, a doctor in an Indian slum), and ends as we might have guessed, slinging humongous metal lizards around the canyons of Manhattan.

“The Avengers” will play like gangbusters at the closing night of the Tribeca Film Festival this Saturday. This is less prediction than absolute certainty. A movie that yells at you and geeks out in equal measures, the Marvel-Paramount excursion marks the triumphant climax of a five-year effort to merge several tentpole movies into a single explosive whole.

Directed by ultimate fanboy/genre auteur Joss Whedon within an inch of his life, it has the exemplary polish of brilliant commercial achievement in the most literal sense: It plays like several mini-sequels strung together in a spectacularly fluid combination, as Marvel comics have for decades, illustrating convergence culture on a massive scale.

Once Whedon goes through the motions of assembling his colorful team, a motley gang of action figures comprised of Iron Man, Hulk, Thor, Captain America, and Hawkeye, his swirling camera can’t get enough of them, indulging in multiple Avengers glam shots that, yes, marvel at their sensational pop beauty. It’s a monumentally successful attempt to show off, the first genuine superhero crowdpleaser.