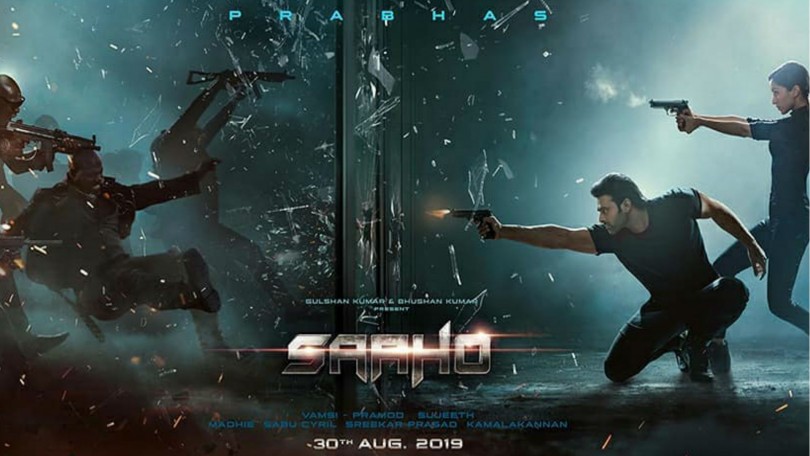 The world’s most powerful group of a criminal syndicate is headed by Roy (Jackie Shroff). The entire syndicate is left with no leader when Roy dies in an accident. Devaraj takes the chance and tries to become the leader. His plans are thwarted when Roy’s son Vishwak enters the scene. However, he has other issues to deal, which involves a black-box, and tonnes of gold.

Amidst a power struggle between higher authorities, unrelated episodes occur in parts of the world that are entwined in an unforeseen revelation of convoluted manipulations. Saaho challenges the perceptions of the audience as to who is the hunter and who is being hunted.

Released in Hindi, Telugu, Tamil, Kannada, and Malayalam, Saaho is one of the most-talked-about films of 2019. Made on a staggering budget of Rs 350 crore, Sujeeth’s directorial venture has already grabbed eyeballs. And going by the first reviews, Saaho has struck the right chord with the audience.

It was SS Rajamouli’s Baahubali that made Prabhas a household name. And now two years after Baahubali The Conclusion, Prabhas is returning to the big screen with Sujeeth’s much-anticipated film Saaho. While the first reel of the film has already started rolling in theatres in India, fans across globe, who have already watched the film, are all praise for Prabhas and Shraddha Kapoor’s Saaho.

In Saaho, Prabhas plays an undercover police officer who is out to investigate a robbery of Rs 2000 crore in Mumbai. He fights criminals like a pro and with Hollywood’s action director Kenny Bates directing the action sequences, Saaho promises to be an extravagant spectacle for moviegoers. Shraddha plays Amrita Nair, a crime branch officer and Prabhas’ love interest in the movie.

The film begins with signature wide angles of massive structures and grim-looking men, who mean serious business. All through the first half, the narrative travels through cities trying to connect high-stake robberies in Mumbai and the search of a missing black box that is the key to a fortune.

Enter film’s leading man, Prabhas, with a loud, high-octane fight scene that sets the stage for many more such confrontations. With his towering screen presence, Prabhas fits the bill perfectly in this larger-than-life role. However, if you’re expecting his Bahubali charm to rub off again, then his avatar in this one is a far stretch.

His dialogue delivery seems deliberately slow, but for most part, the way his character unfolds, it keeps the viewer guessing. Shraddha Kapoor looks glamorous, but her character is poorly sketched.