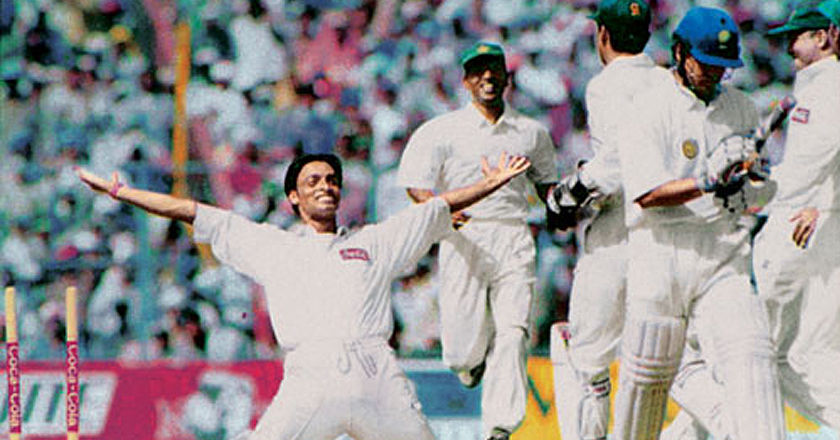 Cricketing world is changing every day and rightly so. Every day matches are happening and records are either being created or the previous ones are being broken and smashed.

But, there are some records which are such a class apart that they may never be broken at all. We have gone through all such records and found 15 World Records in Cricket That May Never Be Broken.

They are just an extraordinary effort and it may take many decades before someone might actually be able to come even closer to achieving them.

Have a look at the test and see if these records are not commendable indeed. What’s more who knows your favourite cricketing star might also be the creator of any one of them or more. Leave Test cricket, nobody plays even domestic cricket to that extent to even dream of achieving those numbers. Domestic cricket is not an on and off-season affair any more. Hobbs scored 199 centuries at an average of 50.70, scoring 61,760 runs in all forms of cricket.

15,921, 18,426, and 10 runs in all of the international cricket make Sachin Tendulkar the highest run-scorer ever. 664 matches, spanning over 24 years, is the pedestal on which these records are made. It’s extremely unlikely anyone would last that long at the highest level with such consistency to reach that mark.

Sachin Tendulkar, considered to be Bradman’s nearest rival, averaged 54.17 in Tests. The next best on the list in Cheteshwar Pujara, with an average of 65.50 after 15 Tests. Nobody in world cricket has ever averaged more than 70 in Test cricket after a reasonable career span. Is it the safest record among all?

Tendulkar’s 100 hundreds has the same aura around it as Bradman’s 99.94. To do it against the best in the world, for any batsman of future or current era, seems almost impossible. Taking into account the shorter career spans in future, the only way this barrier can be breached is when someone scores runs with a Bradman-esque average. Up for the challenge, anyone?

800 wickets in Tests, 534 in ODIs and 13 in T20Is put Murali more than 300 clear of Shane Warne’s 1001 international scalps – the two being the only players to take 1000 wickets in international cricket. Can anyone be as lethal, especially with a future that may all be about flatter pitches and shorter boundaries, to cross that line again? Jim Laker missed a 10-wicket-haul in the first innings of a Test in 1954 by one scalp. He proceeded to become the first man to do so in the 2nd. 19 wickets in a match! Had it not been for Tony Lock, who took the one other wicket, Laker could easily have taken all 20. It’s difficult to imagine someone running through the line-ups with such venom, and of course, total selflessness from other bowlers in the team. Interrupted by a world war, Wilfred Rhodes played Test cricket for 30 long years. In an era where Tendulkar’s 24 looked more than a tad too long, it looks impossible that even after extreme levels of fitness, one could last even two decades in future. With the cricket in world getting more and more mixed up, it’s increasingly looking clear that it’ll be a difficult task for any team to excel in all conditions around the world with such dominance. One, yes, two, probably, but to win 3 consecutive World Cups? Well, those days seem to be behind us.

400 runs by a single individual in Test cricket? It took Lara 3 days to make that colossal score. But in the coming era, where even Test cricket’s future is unsure, surely, no team would want to bat 3 days without an intention of winning the match. The record after all, may forever lie with the man with a penchant for huge numbers – Brian Lara. The records for the highest individual score at each batting position are mostly held by batsmen of the modern era – the exception being number 10!

The 16th Test match, played at The Oval between England and Australia in 1884, set the stage for this particular record. Australia put up 551 runs in the first innings, thanks to three centuries scored by middle order batsmen. England bowled 311 overs in total with all 11 players having a go.

In reply, the home team stumbled to a dismal 181/8. Walter Read then joined the opener William Scotton, who had managed to anchor himself at the crease. The duo then put up a partnership of 151 runs. Read was the last man out, having scored 117 which included 20 boundaries. Although England could not avoid the follow-on, the match was drawn.

Since then, only three other cricketers have scored centuries batting at number 10. Abul Hasan’s debut Test century of 113 runs for Bangladesh, against West Indies in 2011, remains the second highest.

This is one of the most phenomenal records to have survived the test of time. In the days when batting was not easy, a certain George Lohmann wreaked havoc. A medium pace bowler from Surrey with immaculate control over line and length, his variations bamboozled the batsmen.

Lohmann recorded bowling figures of 9/28 against South Africa at Johannesburg in 1896. These remained the best bowling figures in Test cricket until fellow Englishman Jim Laker took ten wickets in an innings in 1956. Lohmann retired after playing 18 Tests with a bowling average of 10.75 and a strike rate of 34.1 with 112 wickets to his name.

He holds the record for the lowest ever bowling average & strike rate in the history of Test cricket with the criterion being a minimum of 2000 balls bowled. Although a few bowlers did come close to taking a wicket every 34.1 balls, none of them are from the modern era. This record was made in the first Test match ever played and is yet to be broken. Unbelievable as it may sound, Charles Bannerman of Australia (who is also the first batsman to face a delivery in Test cricket) scored 165 runs of the team’s 245. This makes Bannerman’s percentage a staggering 67.34%.

Starting on 15th March 1877 at the Melbourne Cricket Ground, the match ended in four days with Australia winning by 45 runs. (Official Test status to this match was bestowed later).

The closest anyone has ever come to breaking this record is another Australian batsman, Michael Slater. Also opening the innings, he scored 123 out of the team’s 186 against England at the Sydney Cricket Ground in 1999. Slater managed to score 66.84% of the total runs in that innings.

Even though such a feat requires a mammoth solo effort, it also requires failure on the part of the team-mates. Reginald ‘Tip’ Foster was born in a sporting family in the year 1878. He, along with six of his brothers, represented Worcestershire. Hence, for some time, the county was comically referred to as ‘Fostershire’.

Tip was the most talented sportsperson in his family. He even represented England in five international soccer matches.

Prior to his Test debut in 1903, Foster had already amassed a great number of runs in county cricket. He was honoured with the ‘Wisden Cricketer of The Year’ award in 1901.

Foster then concentrated on his profession as a stockbroker and played first-class cricket sparingly.

He, however, did enough to be chosen for the tour to Australia in 1903. Foster played well against the Australian state teams and was selected in the playing XI for the Sydney Test.

England went on to win the Test match. Foster’s 287 was the highest score in Test cricket at that time. Till date, it remains the highest score in a debut Test innings. The closest someone has come to breaking this record was Jacques Rudolph, who scored 222 against Bangladesh on his debut in 2003.

With the improved run-rates at which teams bat nowadays, it is probable that someday some youngster will improve upon this record which has stood for 114 years now.

After all, records are meant to be broken.

The first superstar of cricket holds this age-related record. In his heyday, Dr. William Gilbert Grace ruled over the hearts of English cricket fans. Stadiums were packed when he was batting and they emptied out once he was dismissed. The legendary amateur cricketer scored over 54000+ first-class runs and took more than 2800 first-class wickets in his illustrious career.

Born in 1848, “WG” as he was fondly known, also played an active part in the Test match that culminated with the birth of the Ashes. In the twilight of his career, the bearded hero became the captain of the England team at the age of 50, in 1899.

Grace, however, was smart enough to understand that his fitness levels would not match the requirements of the game. He soon handed over the captaincy to Archie MacLaren. Grace played the last Test match of his career in 1899 against the Australians.

At 50 years and 320 days, Grace became the oldest captain in Test cricket. With hardly any modern cricketer extending his Test career beyond the age of 40, it is likely that this record too shall never be broken. 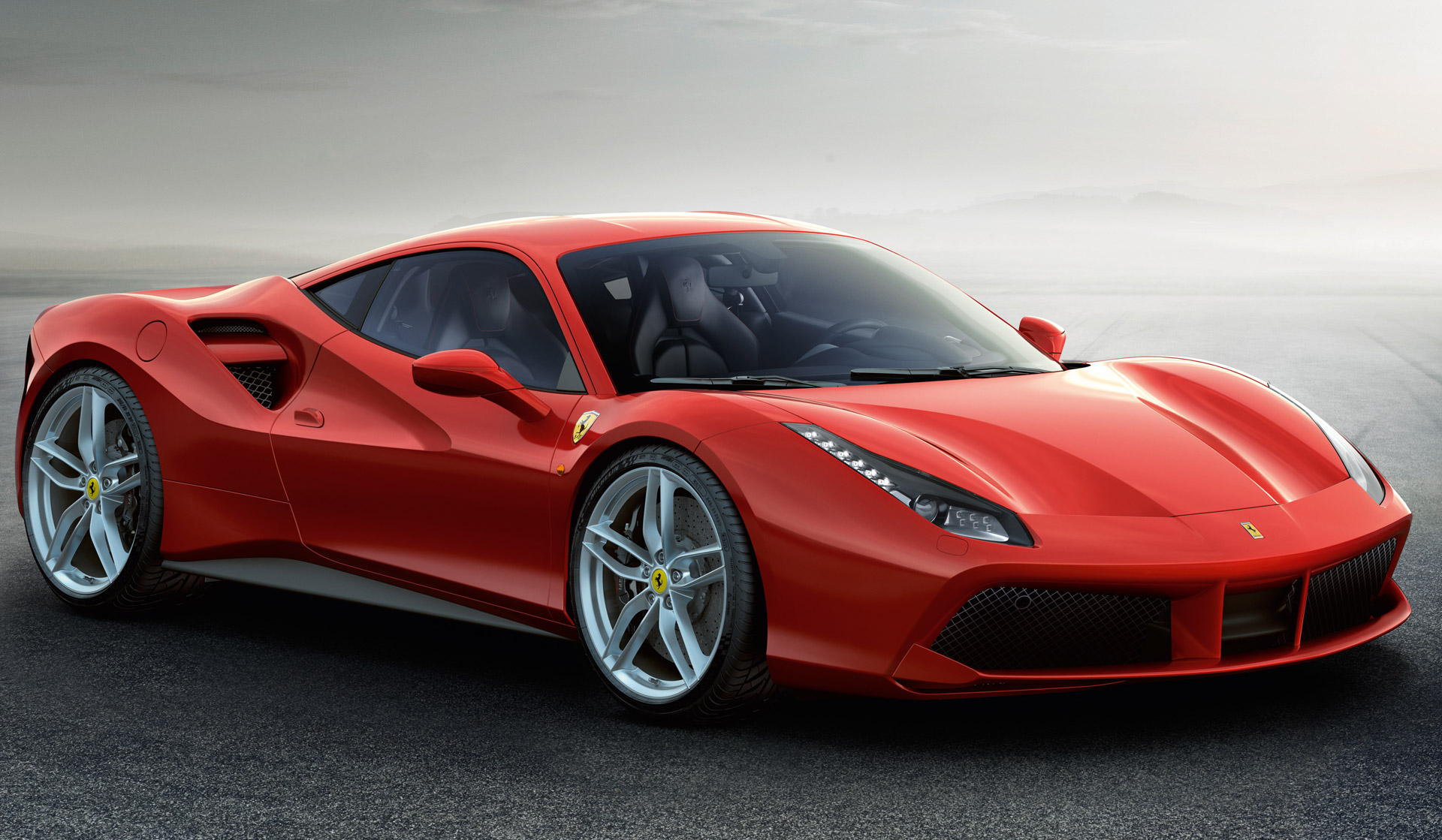 Considering you get a maximum of 60 deliveries in a modern day ODI, Chaminda Vaas’ return against Zimbabwe in 2001 is going to take some beating.

Or to put it another way: 80 percent of the African team’s wickets, as they collapsed to 38 all out off just 15.4 overs.

Even though the opposition were a so-called weaker team, Vaas’ ODI record figures are unlikely to be beaten anytime soon.