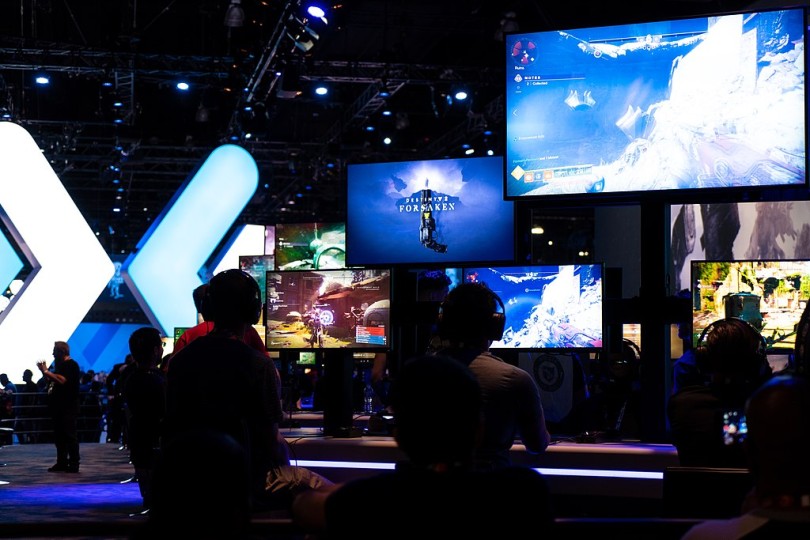 Destiny 2 is a free-to-play looter shooter that combines the traditional shooter experience with elements from RPGs and MMOs.

In it, you play as a Guardian, a once-dead human resurrected by the Light of a paracausal being called the Traveler.

The Traveler has given us the gift of the Light so that we can defend ourselves against forces that would otherwise annihilate us.

We accomplish this by going on campaigns to eliminate emerging threats, running Strike missions against enemy factions, and launching Raids in which Guardians push deep into enemy territory to take down extremely dangerous bosses.

Guardians also often sharpen their skills by battling each other in The Crucible, and Guardians who like fighting the enemies of humanity while also going up against other Guardians will find Gambit enjoyable.

As players engage with these activities, they’ll get new weapons and armor that they can make use of.

Each weapon and armor piece will come with different perk and stat rolls each time they drop, bringing variety to gear and allowing players to hunt for rolls that suit their playstyle.

Getting into Destiny 2 in 2021 has never been easier. While it had previously been difficult for new players to get in on the action, Bungie made the process much better by adding in a series of “New Light” quests that new players can use as a tutorial.

You May Also Like: 5 Must-Play Video Games You Need To Know About

These quests introduce players to the basics of Destiny 2, including general combat, abilities, loot, game modes, and characters.

Overall, the New Light quests provide a good introduction to the game, though the fact they only feature the Hive means you won’t understand much about the other factions like the Fallen or Vex when you step into the full experience.

Another big improvement that Bungie made during Destiny 2 Year 4 was the decision to reduce how much the Power Level cap rose with each new season.

Previously, new seasons increased the cap by 50, but now they only raise it by 10. This makes it much easier for players to reach the endgame from the 1,100 Power Level floor that new players currently start at.

The developers also recently added a Timeline to Destiny 2’s in-game menu that lets you review the events of previous expansions and seasons to learn about important plot and character moments.

It’s disappointing that this Timeline currently doesn’t extend to the events of the first Destiny, but the feature is nevertheless great for new players that need to be caught up to speed on the story.

Bungie has also ensured that new players have ways to acquire a decent arsenal right off the bat so that they don’t feel like they’re ineffective compared to kitted-out veterans.

Overall, while it isn’t perfect, the new and returning player experience in Destiny 2 is much better than it used to be.

It used to be really frustrating to try and help my friends get started with the game due to how obtuse it was, but the game is significantly less confusing now.

The Current State Of Destiny 2

On the whole, Destiny 2 is in a great place right now, though it isn’t without a few issues. All of the PvE content on offer these days is high quality, and each new season adds in some fresh pieces of content that shake things up.

For example, Season 14’s Expunge activity was a fast-paced platforming romp through the Vex network, while Season 15’s Shattered Realm missions were slow and exploration-focused with an emphasis on some light puzzle solving.

You May Also Like: 8 Best Selling Video Games That Every Gamer Needs!

Bungie has even committed to keeping these activities available for awhile after each season ends, which is great.

The developers have also put in a lot of work to make Destiny 2’s endgame feel more rewarding in recent years, and it shows.

Every Nightfall, Dungeon, and Raid can drop excellent weapons that make overcoming these difficult activities worth it, and players that take on pinnacle endgame challenges like Grandmaster Nightfalls, Master versions of Raids, and Trials of Osiris PvP will often be rewarded with special Adept versions of weapons that have better stats and a slot for powerful Adept mods. The endgame is also simply fun.

It’s a blast to take advantage of Destiny 2’s excellent build potential and create a loadout that you can put to the test in challenging content.