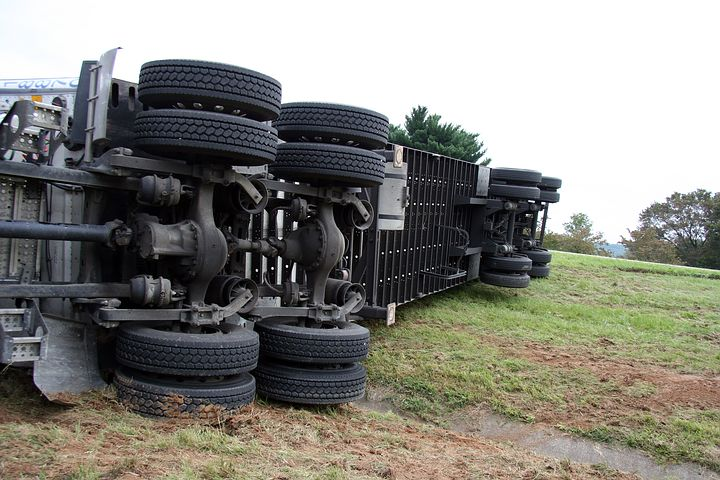 Based on a report from the National Highway Traffic Safety Administration, about 2.4% of all road fatalities involve truck drivers. However, the rate varies between states. Here are some of the most dangerous states for truck drivers:

For truck drivers driving on Colorado roads, they have to brave the ice, winds, and treacherous mountains.

Many choose to take the Colorado route because it allows them to reach the West faster. Ideally, it would be safer for truck drivers to traverse the I-80 until they reach Utah and head to Los Angeles via Salt Lake City.

The truck driver fatality rate in Texas is 3.6%. Despite being a truck-loving state, Texas roads can be quite dangerous, especially during rainy seasons when flash floods commonly occur.

Perhaps the main reason why there is a high percentage of truck driver fatality (3.6%) in Alabama is because of its central location.

Many truck drivers are exhausted by the time they reach the state and thus more prone to having a semi-truck accident.

Most truck drivers are allowed to drive for 11 hours, and Alabama would be the state where you would most likely end that 11-hour shift.

The I-10 in Alabama was also cited by the Department of Transportation (DOT) as one of the most dangerous roads for truck drivers.

Truck drivers should be more careful when traversing the highways of Oklahoma during spring when there is a heightened incidence of thunderstorms and tornadoes.

Like Alabama’s I-10, Nebraska’s I-80 from Omaha to Denver was also in the list put out by the DOT as among the most dangerous highways that a truck driver can drive on.

High winds in its open spaces can be especially risky for truck drivers, especially for those who have empty trailers.

One strong gust can easily blow the truck off of the road. During the winter, icy roads are a problem as well.

With a vehicle fatality of 6.7%, truck drivers should take extra precautions when driving on the roads of Wyoming.

Primarily when they are nearing the Elk Mountain, as its diagonal freeway turn can easily topple off a truck and cause a fatal crash.

This is the reason that the freeway is often closed off to most vehicles during bad weather.

The highest truck driver fatality is in North Dakota at 8.8%. Most truck drivers find it hard to drive on the highways of North Dakota in the fall and winter due to icy roads and whiteouts, that can result in losing control of the vehicle and causing a fatal accident.

The main reasons that the roads in these states are dangerous are because of weather conditions. Rain, fog, and snow all contribute to the higher incidence of truck accidents.

However, as many as 30% of truck accidents are due to mechanical failures like brake failure, flat tires, broken lights, transmission failure, and even vehicle overload. Some accidents can also be due to driver fatigue and distraction.

Truck drivers need to be careful when driving on roads, whichever state they are in. They need to make sure that they do proper checks of their vehicles before driving off.

It would also be useful to check the weather conditions and see if the roads are safe to drive on or not. Lastly, truck drivers must also ensure that they are well-rested before taking on a long trip.