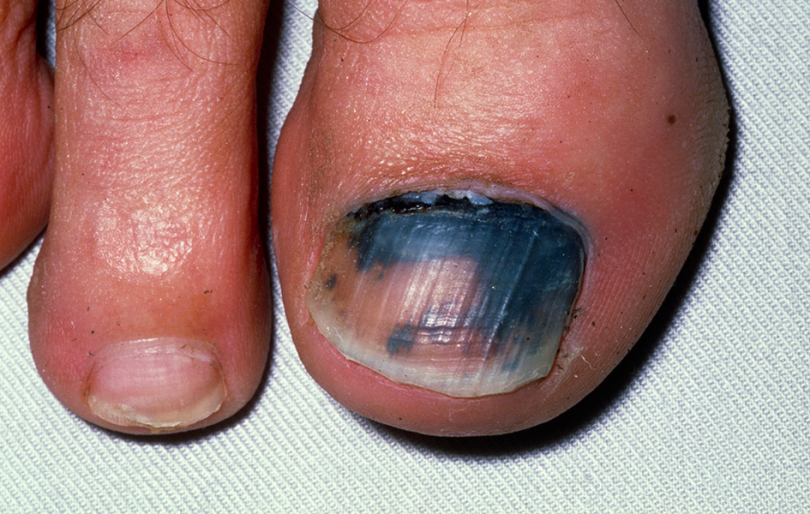 Both toenails and fingernails face several challenges that could change their outlook. However, toenails often receive a bigger blow.

Some nails get discolored, thickened, crumbly, and brittle. All these changes are caused by a wide spectrum of issues ranging from subtle issues to very serious issues such as kidney problems.

We have received several emails asking us what the causes of horizontal ridges on toenails are, hence, we will be sharing with you the causes of this nail problem and discuss the remedies as precisely as possible.

There are two kinds of nail ridges – vertical and horizontal nail ridges. Vertical ridges are more common and often happen as we age.

It refers to lines running from the cuticle to the fingernail tip. Nail vertical ridges can be caused by factors including wrinkled skin, dehydration, psoriasis, and eczema.

It refers to lines running from one side of the nail to the other side. They are usually deep and more than one. Several factors could contribute or be the causes of horizontal ridges on toenails, they include:

One of the leading causes of horizontal ridges on toenails is a digestive disorder. This greatly impacts the body’s ability to absorb the nutrients required for it to thrive. This sets in motion several other health issues if not treated as quickly as possible.

Digestive disorders can be caused by diseases such as celiac disease, Crohn’s disease, and ulcerative colitis. The ridges observed in the nail is a result of insufficient nutrients to make new cells.

Dropping a heavy object on the toenails or hitting the toe against a hard object are some of the common injuries to the nail.

Other causes include Diabetes, Acute kidney disease, and Thyroid disease.

Note: anyone with the history of chemotherapy, syphilis, and mumps are also likely to have horizontal nail ridges in either or both fingernails and toenails.

Treatment Of Horizontal Ridges In Nails

Now that you know some of the causes of horizontal ridges on toenails, what are the possible remedies or treatments? As discussed In this article, horizontal nail ridges are often caused by myriads of other health issues.

Some are mild while others are more serious. Therefore, it becomes imperative for us to pay attention to immediate treatment.

Health issues such as diabetes are key players in horizontal nail ridges hence treating these diseases will take care of the nail ridges. For diabetes, the ridges may begin to reduce as the blood sugar is being controlled.

Dehydration is one of the causes of nail problems hence it is important to ensure the nail is not overly dry. Prevent this by regularly moisturizing your nails with oil such as the very common and easy to get coconut oil.

From researches, it has been proved beyond reasonable doubt that dehydration is one of the major causes of horizontal ridges on toenails hence to treat this problem; you must ensure you are constantly hydrated.

This is as basic as nail care gets. It is important to keep the nails always neat and short. When your nail is well trimmed, the chances of nail injury are significantly reduced. However, don’t cut your nails too short and don’t trim them too often as this may cause ridging as well.

Nail buffing works to camouflage the nail ridges; it does not address the underlying problem. Beware not to do this excessively to prevent making the nail plate vulnerable to trauma.

Consistently exposing nails to water does nails no good. Reduce the frequency and when you have to, use moisturizing hand soap. Afterward, use moisturizer oil or cream. Wearing rubber gloves is also a veritable solution.

It is always important to ensure we consume a healthy and balanced diet. Though rare, nail ridges are also caused by a deficiency of nutrients such as vitamins.

Therefore, we must pay attention to the daily requirements of nutrients. Supplements such as biotin can also be taken to make up for any shortfall.

Stop Biting Or Picking At Your Nails

One of the biggest causes of nail trauma is picking at or biting the nail. Doing this can compromise the healthy state of the nail. Take note of things that make you pick at or bite your nails and try to manage them.

Finally, the summary of that has been said is to observe proper nail care. Pay attention to the health of your nail; it could make all the difference in treating underlying health issues.

We must pay attention to the state of our nails. Often, observable nail problems are symptoms of deep-lying issues in the body.