Home » Blockchain » The Four Most Exciting Cryptocurrencies Of 2021 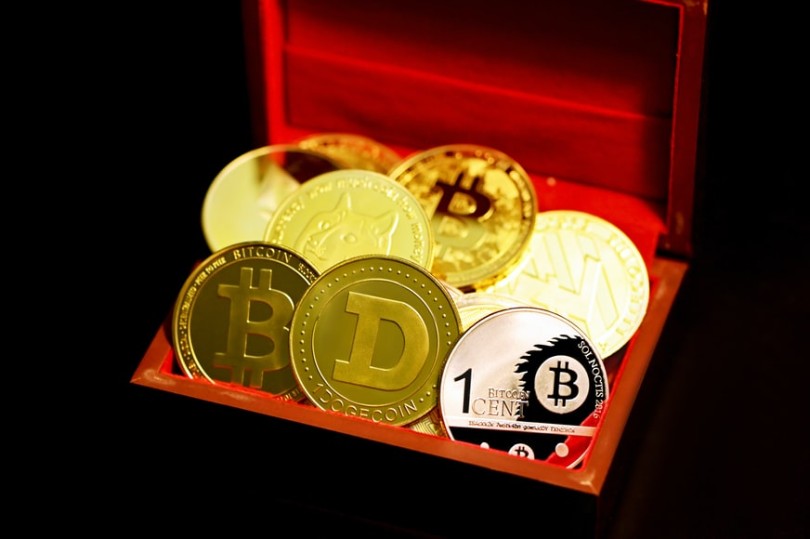 With the re-birth of Bitcoin and the growing prominence of cryptocurrency in modern society, the excitement surrounding investment into digital assets is at an all-time high.

Investors continue to buy Bitcoin and add to its popularity. Although Bitcoin is far and away the most popular and most recognizable crypto, others offer great potential down the road.

Since its birth in early 2009, Bitcoin has been on a roller-coaster trajectory, with significant surges and drop-offs in late 2017 and early 2018 before soaring again in late 2020 and early 2021.

The good news for Bitcoin and cryptocurrencies in general is that the masses are beginning to recognize them as legitimate currencies, not obscure, anomalous technology.

Bitcoin continues to captivate many people’s attention in the crypto industry, and it continues to impress investors, with some analysts predicting that Bitcoin’s price level will reach upwards of U.S. $300,000. Other analysts identified more conservative numbers, although many are in agreement that Bitcoin is looking up.

Part of the excitement that continues to cause investors to buy Bitcoin is its historical volatility, with spikes and crashes hinging on online hacks or a hard drive incident.

Many market analysts think that crypto, especially Bitcoin, is here to stay, while others are sceptical. Only time will tell whether Bitcoin is just a passing storm, although this currency is very exciting.

Brought into existence a couple of years after Bitcoin, Litecoin aims to bring the same benefits as Bitcoin without the intricate processing and high-power mining requirements of its predecessor.

Of course, Litecoin is nowhere near as popular or valuable as Bitcoin, although it holds the potential to become something special in the future.

One of the benefits of Litecoin over Bitcoin is its rapid payment method, which grants consumers access to their currency more quickly than Bitcoin, which takes closer to ten minutes.

The requirements to mine Litecoin are also much more accessible than Bitcoin, as most personal computers have the necessary equipment built in.

One of the goals for Litecoin is to essentially be the lite version of the gold-standard Bitcoin. In this regard, Litecoin is not supposed to exceed the value or popularity of Bitcoin but simply complement it, as silver does to gold.

In terms of the future, Litecoin is in the same boat as Bitcoin, where nothing is for certain, although the future certainly looks bright.

Directly behind the cryptocurrency giant Bitcoin in market cap, Ethereum is a decentralized software platform that allows users to exchange the platform’s currency, called ether.

In recent times, cryptocurrency users have started to flock to the Ethereum platform and use it as a host for other cryptos.

One major difference between Bitcoin and Ethereum is the goals that the currencies aim to reach.

While Bitcoin is showing signs of becoming a stable alternative to national currencies, Ethereum aims to offer a secure, non-fraudulent platform to enable and run smart contracts and other transactions.

The purpose of the coins of these cryptocurrencies also varies, with Bitcoin aiming to become a medium of exchange, while Ethereum’s currency, ether, was initially exclusive to the Ethereum network to act as a currency to run applications. Today, however, more and more people are beginning to use it to store value and make payments.

The flexibility and security of Ethereum continue to attract many in the financial sector, and its potential in terms of growth is promising.

Again, nothing is for certain with crypto, although Ethereum has unique features that are not present in even Bitcoin, which makes it exciting for the future.

Among rising alternatives to buy Bitcoin, Chainlink is one of the youngest and most promising. It differs from many cryptos in that it allows users to run tamper-proof inputs and outputs.

Chainlink also has its own coin currency as well as a variety of alternate functions users can partake in, including crypto loans and interest-earning crypto coins.

Chainlink is an oracle network, which essentially means that it establishes and maintains a connection between the client’s application and the given server.

In recent times, when Bitcoin has decreased, Chainlink and other crypto competitors have entered the spotlight. In a future where crypto is widely accepted, Chainlink could be an important player in the game.