Home » News » Barack Obama Gets A Match For Him At The Vaccination Center. A Little Girl Discusses His Favorite Book 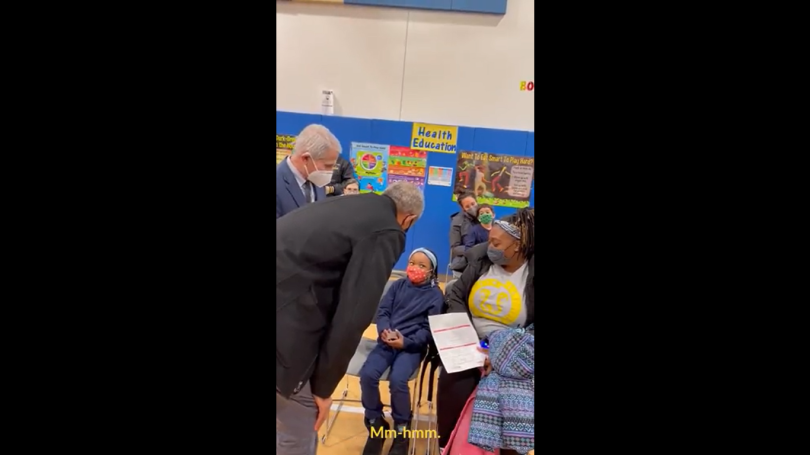 A fun conversation on the book “Green Eggs and Ham” between former US President Barack Obama and a little girl at a vaccine center was had by both of them. He said that he and the girl could get along well and that they could both go on the road together.

Obama asks the little girl, in a Twitter video, “Does that book have a favorite?” She replies “Green Eggs and Ham,” and Obama responds “That’s one of mine too…That is a classic.”

Obama says that he doesn’t like green eggs or ham, and the girl agrees. “You can see it. Obama continues, adding, “You and me,” and stating, “I don’t like them in a container.”

The girl responds, “I don’t like them with a fox.” He then adds, “You and I could travel on the road. That’s fantastic. This is one of my favorite books.

Obama tweeted, “I thought that I knew Green Eggs & Ham better than most people. But at Kimball Elementary’ s vaccination site earlier in the month I finally met mine.”

I thought I knew Green Eggs and Ham better than most people, but at Kimball Elementary’s vaccination site earlier this month I finally met my match. pic.twitter.com/4MI1BcIsPZ

This video has been viewed over 57 million times. The video was enjoyed by many netizens, while others felt nostalgic. Others praised Obama’s ‘kind’ behavior.

According to an Independent report, Obama gave stickers and complimented children’s fashion choices while he visited a District of Columbia public school. The school provided Pfizer vaccines to children between five and eleven years old.

The Joe Biden-led government was pushing for children to be inoculated against Covid-19 before the winter season.

“The holiday season has one more thing we can be thankful for. That is, we can get children vaccinated if their ages are between 5 and 11. In a video shared with Independent, Obama said that this was “really important”.

The women’s group reiterated that they will use all the mother-friendly tricks to make sure that their children and others are vaccinated.