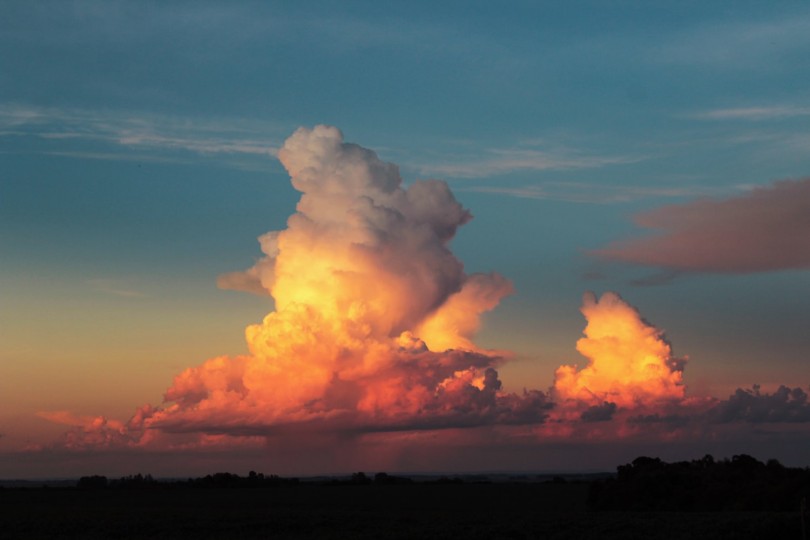 1. “The sun always shines above the clouds.” ― Paul F. Davis

2. “For a second I was almost jealous of the clouds. Why was he looking to them for an escape when I was right here beside him?” ― Kamila Shamsie

5. “God writes the Gospel not in the Bible alone, but also on trees, and in the flowers and clouds and stars.” ― Martin Luther

6. “My head’s not in the clouds, but I think I’ve gotten too much credit for being an astute businessman.” ― Steven Spielberg

7. “There was a star riding through clouds one night, & I said to the star, ‘Consume me’.” ― Virginia Woolf

8. “In some ways, climbing in the clouds is comforting. You can no longer see how high off the ground you are.” ― Tommy Caldwell

9. “In the presence of eternity, the mountains are as transient as the clouds.” ― Robert Green Ingersoll

10. “May I create plain fields by collecting clouds and bedeck them with arching rainbows.” ― Suman Pokhrel

11. “We have chased away the clouds, the sky is all ‘rose.” ― Francois Hollande

12. “The clouds may drop down titles and estates, and wealth may seek us, but wisdom must be sought.” ― Edward Young

14. “And from the midst of cheerless gloom, I passed to bright unclouded day.” ― Emily Bronte

15. “To say goodbye is to die a little. To say good morning, is a hope for a new sunshine in a cloudy winter.” ― Nabil Toussi

16. “The myth of unlimited production brings war in its train as inevitably as clouds announce a storm.” ― Albert Camus

17. “Clouds come floating into my life, no longer to carry rain or usher storm but to add color to my sunset sky.” ― Rabindranath Tagore

18. “Surfing waves of water or clouds of powder snow is the best feeling on earth.” ― Hannah Teter

19. “Lo! The poor Indian, whose untutored mind sees God in clouds, or hears him in the wind.” ― Alexander Pope

20. “Ideas rose in clouds, I felt them collide until pairs interlocked, so to speak, making a stable combination.” ― Henri Poincare

21. “The clouds in his face clear away instantly, and he is sunny and bright again.” ― Jenny Han

23. “God is a cloud from which rain fell.” ― Dejan Stojanovic

24. “Heavy hearts, like heavy clouds in the sky, are best relieved by the letting of a little water.” ― Christopher Morley