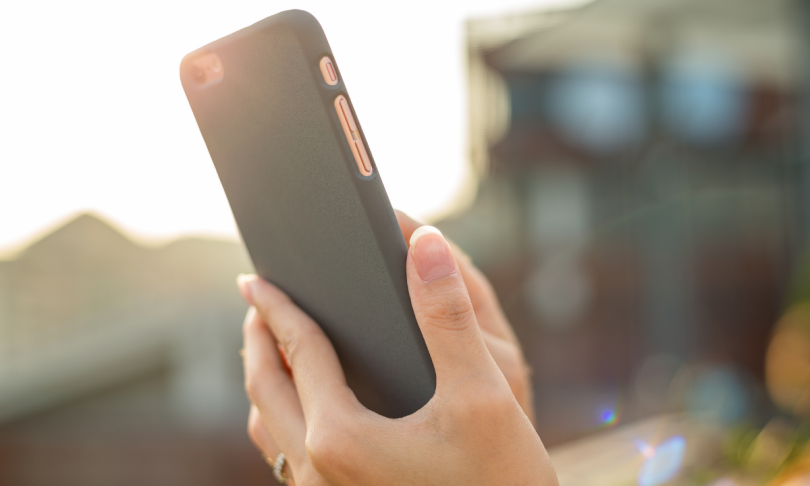 Though expensive smartphones are filled with exotic features, the budget segment garners all the volumes. With the prices of mobile data within reach of people, more people opt to buy a smartphone.

Here we will share with you a list of the best mobiles under 10000. You can take your pick basis what you want from your device.

The Realme Narzo 30A has a dual pattern. Its bottom two-thirds portion has diagonal lines, while the upper section is standard. You will also get a rear fingerprint scanner that you can reach easily.

The display is a huge 6.5 inch coming with a 20:9 aspect ratio. Its weight is on the high side at 270 grams and is hence pretty heavy.

There is an 18 W charger and two color options, i.e., Lazer Black and Lazer Blue. The variants have a storage capacity of 32 GB and 64 GB, expanding it to 256 GB.

If this is what your requirement looks like, the Narzo 30A fulfills it. Its fingerprint scanner quickly authenticates. It has a 13-megapixel primary camera, and at the front, you have an 8-megapixel camera for selfies.

An affordable smartphone from the Motorola E series, the Moto E7 Plus offers some suitable hardware while delivering clean software.

The Moto E7 Plus sports a 6.5-inch display with a dewdrop notch that houses the selfie camera. It has a tall display with the new 20:9 aspect ratio.

This is an affordable phone from the Motorola E series and has excellent hardware to offer. The Moto E7 has a 6.5-inch display and a dewdrop notch where you have the selfie camera.

The Qualcomm Snapdragon 460 SoC powers it. The processor is octa-core and comes with 4GB of RAM and 64GB of storage.

There is a dual-camera setup with a 48-megapixel primary camera and a 2-megapixel depth sensor. Camera performance is good in daylight but average in low light.

The Moto E7 has a 5000 mAh battery and a Micro-USB port. The charger is 10W which is slow to charge the phone completely. Since there are no preloaded apps, it makes your experience better.

Realme Narzo 10 A is mainly a cosmetic update to Realme C3. The mobile has a fingerprint sensor and has a macro camera on the rear.

This feature, though, is fun to use but not very practical in application. The performance is excellent due to the Media Tek Helio G70 processor. The mobile provides a great gaming experience.

Its camera is just average, and the quality further dips in low light. The battery life is quite good, and you can easily use it for two full days without a problem.

The colors available are So white and So blue with the giant Realme logo at the back. There is only one configuration with 3GB of RAM and 32GB of storage.

Realme C3 is a budget smartphone and has a summer design. It offers the phone in colors like Frozen Blue and Blazing Red.

There is a dual SIM device with 4G support and runs Realme U1 1.0 apart from Android 10. There is a dual-camera setup at the back coming with 12-megapixel primary camera and a 2-megapixel depth sensor. Photos are decent, but in low light, they may not be so great.

Realme C25 does not have anything new to offer. It has a plastic unibody that is slightly chubby but can be held easily.

The Realme C25 scores well on processing power but does not have an ultra-wide-angle camera. Its battery life holds up well, and camera performance is just average. Overall the phone is perfect for those who have a budget to follow yet want the battery to excel.

Moto G10 power is priced within Rs. 10,000 and is much better looking than Moto E7. However, the HD+ display seems low budget as you can see jagged edges on icons.

The phone works on Qualcomm’s Snapdragon 460 SoC which is quite powerful. But you have to be patient when opening any system menus. Its 6000mAh battery lasts two days with excessive use.

The primary 48-megapixel camera is the most used and gives good photos. Night mode can be used to fix exposure but does not change any other detail.

In comparison to Moto E7 Plus, the Moto G10 power has a better battery and quick charging. However, for better gaming, you can opt for Narzo 30 A.

Storage options available are 32 GB, and color options are Blue, Purple, and Green. The Rear camera specifications are 13MP + 2MP, and the front camera for 8 MP.

The rear camera is 13 MP, and the phone comes in color options of Blue, Black, and green. There is a front camera option as well.

The display of Infinix Smart 5 is pretty decent at 6.82 inches. The processor offered is a 2GHz octa-core. It has a RAM of 2 GB and a storage of 32 GB. The battery capacity is 6000 mAh, and the front camera is 8MP.

The rear camera offered is 13 MP which is good enough. Colour combinations offered are Purple, green and black.

Realme C12 weighs 209 grams and is pretty heavy. The trapezium gradient design on the back looks nice, and it is supposed to have a fire-resistant back cover.

Realme C12 is found in one configuration with 3GB of RAM and 32GB of storage. The battery is 6,000 mAh, and its life is excellent though fast charging is not possible.

C12 also has a 2 MP monochrome and macro camera apart from the 13 MP primary camera. Thus the image quality is not so excellent.

The Xiaomi Redmi 9 prime has a display of 6.53 inches, and the processor is MediaTek Helio G80. Its RAM is 4GB, and storage offered in 64 GB.

The battery capacity of the phone is 5020 mAh. Rear camera is offered at 13MP + 8MP + 5MP + 2MP and the front camera is 8MP. Color options offered are Matte Black, Sunrise Hare, and Mint Green.

The Realme C15 is bulky and weighs 209 grams. It is also given a fire-resistant back cover and is splash resistant as well. The phone has a 6.5-inch HD+ LCD screen and the colors offered are decent.

This phone operates on a MediaTek Helio G35 SoC processor, which is not quite robust. Games run perfectly fine, but only if you select simple ones. The battery is 6000 mAh, and you can use it without any disruptions.

For the camera, there is a 2MP monochrome and retro chrome apart from the 13 and 8 MP ultra-wide range camera. The selfie camera is 8 MP which gives good results.

Realme C11 can be called a budget phone and is pretty low-end. The processor is MediaTek Helio G35, and the storage is 2GB of RAM and 32GB of storage.

Performance is not so excellent, and you cannot hope to play any kind of heavy game. Its 6.5-inch screen is quite decent, and you can watch videos and play games.

There are many preloaded apps and Android 10 with Realme UI that has many options to customize. The 13 MP rear camera takes quite good pictures. Battery life is commendable too.

Moto G8 Power Lite is heavy and chunky with a thickness of 9.2 mm and weighs 200 grams. The entire body is of plastic, but the matte finish grants it beauty.

Most importantly, the Moto G8 has a headphone jack. The display is enormous at 6.5 inch IPS TFT LCD though the low resolution does not gel well with the large-sized panel.

The mobile operates on MediaTek Helio P35 SoC and has only one configuration that is 4GB of RAM and 64GB of storage. Motorola sees a good battery thanks to a 5,000 mAh battery.

The phone has three rear cameras and has a primary 16 MP sensor. The main camera works well in daylight, but the photos in low light are not so good. For 8.999, the Moto G8 power has good RAM and storage.