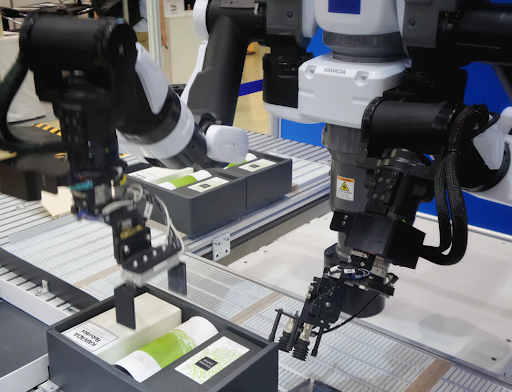 The development of commercial robotics has grown slowly and steadily in the past. However, people have been anticipating advancements for several years.

The progress of commercial robotics is clear, and several industries can see the advantages of implementing those tools. Implementing 1.2 million robots took a few decades, but it is projected to take approximately three years to hit 2.6 million.

Still, on logistics, there are several routine challenges that the warehouse environment faces, which can be changed by breakthroughs in robotics.

There has been an increase in the supply chain’s demand for operational efficiency and improved productivity. At the same time, there has been a decrease in the availability of qualified staff globally. The push for innovations is still strong; thus, it is a matter of when it happens rather than if it happens.

DHL estimates that robotics will be implemented and be common in the logistics sector in approximately five years or less. Therefore, the race to develop the required robotic solutions is very much on.

Technology has continued to evolve and has made things that were impossible before possible. The innovators and designers are exposed to new methods of activating change and optimizing the processes.

The Mobile Robots Have Become Real

In the past, mobile piece picking robots were seen to be too complex. Thus, it was an unrealistic solution to the diverse needs of an average distribution center. The number of limitations is rapidly reducing because of the technology becoming available, making the robot concept more viable.

The ideology of robots working together with human employees has turned into a reality, with a plan for collaboration between the two to optimize the warehouse processes.

Standard warehouse workers are needed to exert important physical efforts in their jobs. The robots can support workers by removing the demand for labor in repetitive and dangerous tasks.

Rather, the robots will allow extra-human time to be spent on rewarding and more complex tasks. The tasks include training and maintaining the robots, which will benefit both the employer and the employees.

To assist in achieving and realizing the operational advantages of robotic collaboration, DHL is working with tech specialists like Fetch Robotics to check the several uses of robotics in logistics.

The company is focused on proving to the industry that robots are not here to compete against humans but to work with them. Thus, it may offer greater efficiencies to companies and their staff.

The Robotics Challenge of the DHL was launched to reward the inventive talents that are emerging and new to make robotics popular with researchers, university students, and start-ups.

The challenge for this year focuses on mobile robotics and inviting all visionaries, forward thinkers, and inventors to help develop a prototype that can be useful in a standard warehouse environment.

The robotics challenge is in partnership with DHL EMC. It has the ability of autonomous mobility at walking speed, and prototypes will be judged based on their functionality, aesthetics, originality, ability to fix current warehousing challenges, and perceived commercial feasibility.