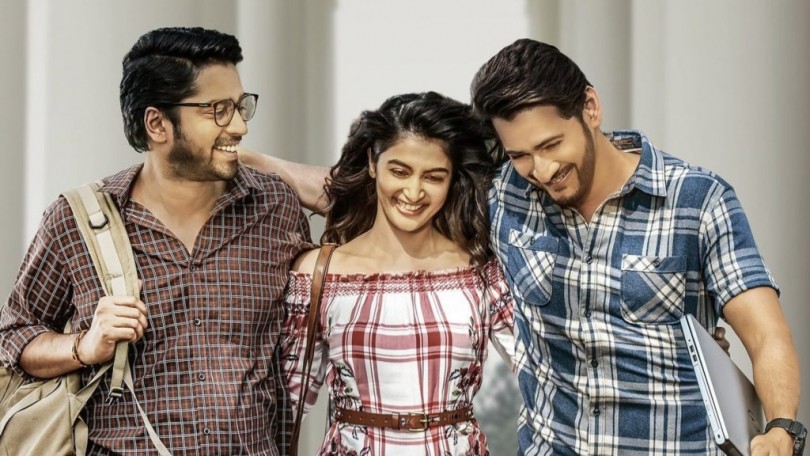 Rishi, a rich businessman, returns to India to mend ways with Ravi, his ex-classmate. On reaching, he learns about Ravi’s plight and becomes a saviour for the villagers in the process.

Rishi, a millionaire businessman, returns to his homeland, where he becomes the champion of poor and downtrodden farmers.

Maharshi is a film that, while commercially entertaining, is hard to describe. One moment you’re looking at a man ascending to the role of a CEO and the other you’re laughing along with three friends being silly at college.

While Vamshi Paidipally manages to pull off the tale of a successful man being humbled by something as simple as farmland, for the most part, he, unfortunately, fills it with commercial fillers which prove to be a drawback.

Maharshi marks the 25th film for Mahesh Babu who began his career as a lead star in K Raghavendra Rao directed Rajakumarudu in 1999.

As is the case with his recent films like Srimanthudu and Bharat Ane Nenu, this latest one too has touched upon a socially relevant subject.

Maharshi deals with the topic of farmers losing lands for the sake of a big corporate project and this is narrated in a commercial format.

But this movie is more about a person undoing the mistake that he did in his past and starting a new journey.

How Rishi, a character played by Mahesh Babu, became Maharshi is narrated by Vamshi Paidipally in typical commercial movie format that has a resemblance to many successful movies.

Maharshi is a well-intentioned drama and has some beautifully written sequences however, it holds back on a lot of things it wants to say for so long that it makes you feel restless at times.

It’s treated like a biopic of a fictional character, who goes back to his roots to mend some fences and in the process, his life undergoes a major transformation.

And the film too gets better as its lead character progresses towards realizing his true sense of purpose.

The film has Mahesh Babu playing Rishi, who’s extremely ambitious in life. His father (played by Prakash Raj) is a simple man, who struggles to make ends meet.

The duo hardly talks and Rishi kind of develops a grudge against his father for being a failure. His ambition in life is to not be like his father.