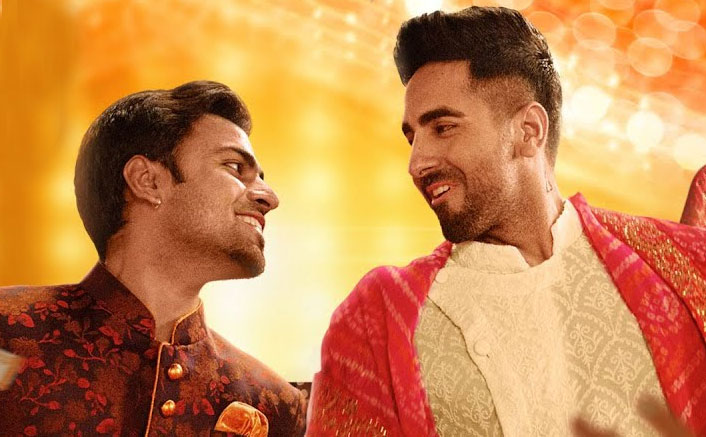 This is another movies which deals with homosexuality. But the movie is quite different in it’s direction.

Homosexuality which is legally acceptable abut socially not. It is still a taboo not only in the lower class families but also in the upper class societies as well and what the movie does is that highlight the message of homosexuality in a subtle and hilarious manner.

This is a must watch by everyone in the country who feels that same sex love stories are somewhat peculiar or different.

The strong message around the film is conveyed in a very matured and sensible manner.

The movie begins with the same sex couple Ayushman and Jitendra who are living in Delhi. First half of the film is hilarious which will make you laugh every five minutes. But the second half is heavy on emotions.

Here you will find yourself wiping the tears. The best part about the movie is that it has not done any stereotypical characterization.

Other than the nose stud you won’t find any female characteristic on Ayushman which is unlike a number of movies these days. Also, the movie is a must watch in every respect.

The screenplay and direction is astounding and this is a much needed movie in today’s society where same sex love stories need to breathe and enjoy their life in cosmopolitan India.

Let’s first begin with the best part. The cast and crew of the movie is a total winner. All of them are a gem in itself and they all shine from time to time without down casting anyone. But of course the real show stealer here is Ayushman Khurrana.