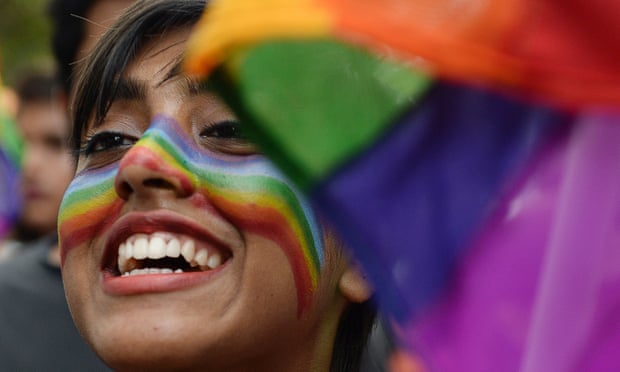 Decriminalizing consensual sex between two adults irrespective of their gender, the Supreme Court struck down section 377 IPC in a landmark judgement. “I am what I am. So take me as I am,” said Chief Justice of India Dipak Misra while delivering the historic verdict.

Homosexuality is not an offence in India, five Supreme Court judges today ruled in a concurrent judgement.

The Supreme Court reversed its own 2013 decision and said Section 377, a controversial British-era ban on consensual gay sex, is irrational and arbitrary.

“Section 377” banned “carnal intercourse against the order of nature with any man, woman or animal” — which was interpreted to refer to homosexual sex.

Terming sexual orientation as a biological phenomenon, the top court said that any discrimination on this grounds is violative of fundamental rights. As far as consensual unnatural sex act in private is concerned, it is neither harmful nor contagious to society, the top court observed.

Section 377 is violative of the right to live with dignity, the top court observed. It added that society cannot dictate sexual relationships between consenting adults as it is a private affair.

Homosexuality is not a mental disorder. It is a completely natural condition, the court said. It also said that India is a signatory of international treaties on the rights of LGBT and it is obligatory to adhere to the treaties.

The Chief Justice said: “The society is now better for individualism…Respect for individual choice is the essence of liberty; LGBT community possesses equal rights under the Constitution.”

The court said both the government and media must give wider publicity to the top court’s verdict to ensure the community does not face any discrimination.

Here Are The Top 5 Quotes Of The Supreme Court On Section 377: