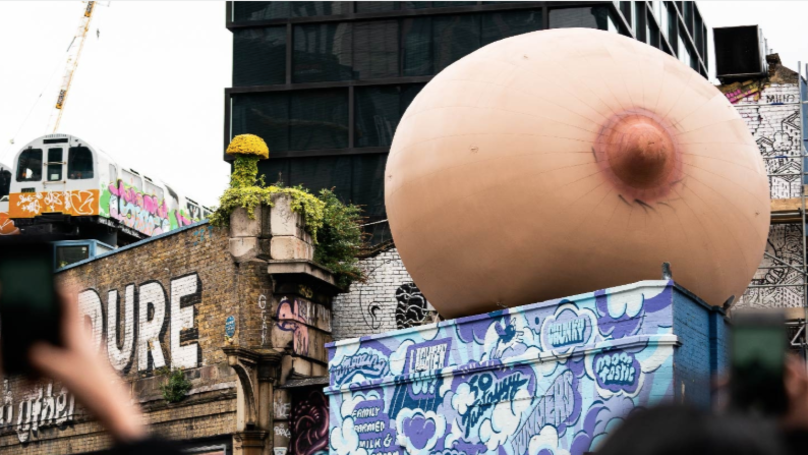 Women‘s breasts always get too much attention. They have been objectified so much so that nothing could be sold without women’s breasts.

Since March 26, the day the UK celebrates Mother Day, residents of London have been seeing inflatable and solo boobs everywhere. Boobs are in the sky, on top of buildings and even by roadside.

Elvie is a tech company that specializes in women. It has launched #FreeTheFeed campaign to remove the stigma around breastfeeding in public.

Breastfeeding is one of the most natural things that women do. It is the most essential component of motherhood.

Stigma around breastfeeding in public should have been a thing of past. Unfortunately, public breastfeeding is still frowned upon in many conservative countries where women are fighting for gender equality.

#FreeTheFeed aims to empower women to feel comfortable breastfeeding in public. It also aims to educate those who force women to feed their babies in unsuitable places to avoid shame. Mom also don’t get support from their workplace.

Most experience problems while trying to express, including issues with their supply, infections and anxiety.

Inflatable boobs, stationed at stationed at Tanja’s Roof, in the heart of east London, Neutral on Colombia Road, Ely’s Yard in Brick Lane and Huntingdon Estate, Shoreditch – made passers-by look up.

These giant boobs are a voice of all those women who are shamed, repressed, and don’t get support at workplaces.

This campaign is just a small but much needed step to normalize breastfeeding so that no mom has to stop it prematurely.