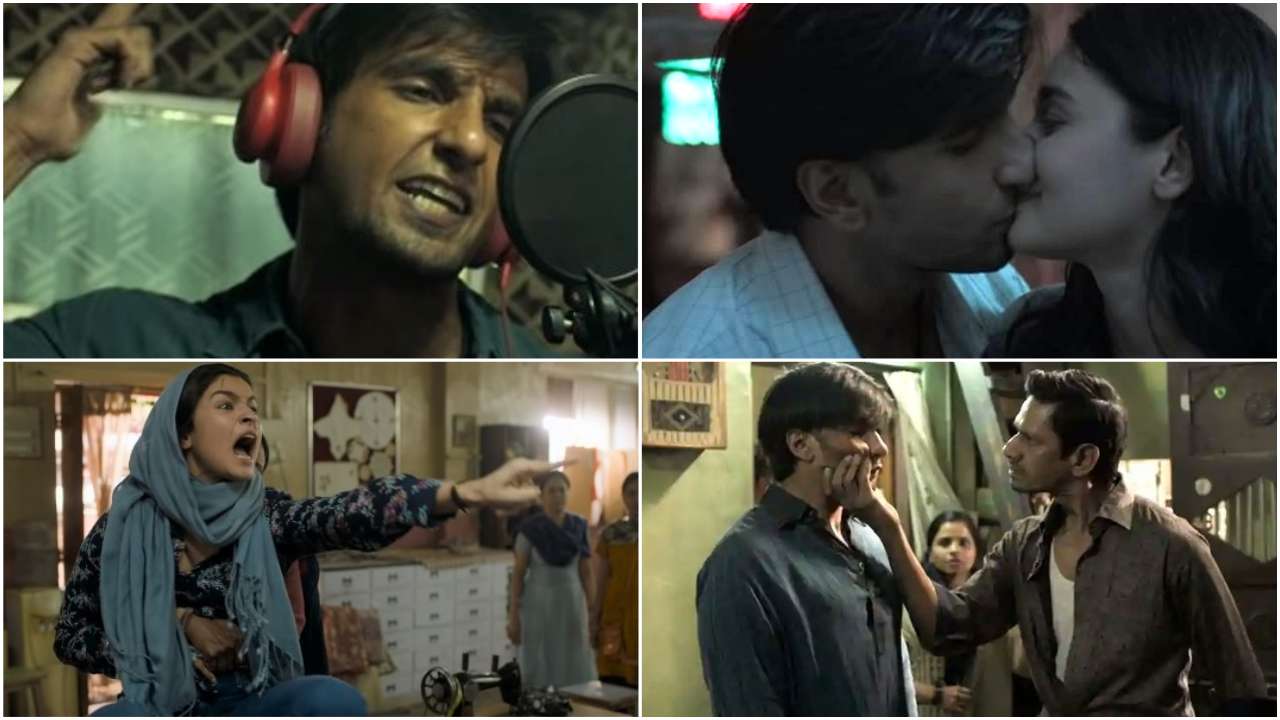 A coming-of-age story based on the lives of street rappers in Mumbai.

“Gully Boy” is a film about a 22-year-old boy “Murad” (Ranveer Singh) from a ghetto in Mumbai, India. The son of a driver, his parents worked hard to get him educated so that he could have a white collar job. Meanwhile, Murad realizes his calling to be a rapper.

Authentic Hip Hop in India is a recent phenomenon and like anywhere else in the world, is rising from the streets. Art is a distant dream for the colonized poor of India and this story is about Murad’s journey from realizing his love for rap and chasing his dream to inadvertently transcending his class.

The film showcases street rap from the crevices of Mumbai’s by lanes. The poetry is conscious of the city’s socio-economic fabric and highlights the challenges faced by the disenfranchised youth in the minority population.

Despair and drudgery hound Murad Ahmed (Ranveer Singh), the protagonist of Gully Boy, Bollywood’s first true-blue street rapper musical. The Dharavi boy’s enervating frustrations translate into simmering rage, which he then channels into caustic hip hop harangues. Kyun lagta hai yeh bustee ek andha kuan hain (Why do I feel this slum is a dead end), he writes in his worn-out notebook. That line is a rhetorical question. The answer is blowing in the wind.

Murad, caught in a cycle of poverty and bleakness, recognizes – and embraces – rap poetry as a ticket out of the hellhole he calls home. But there’s no poetry in his perfunctory life in a cramped tenement. His snappish father (Vijay Raaz), who has brought home a second wife without so much as a by your leave, is a chauffeur who hopes education will set his son free. But Murad, who attends college lectures when he isn’t on clandestine dates with his fiercely possessive girlfriend Safeena Firdausi (Alia Bhatt) or hanging out and occasionally apathetically flouting the law with his pals Moin (Vijay Verma) and Salman (Nakul Sahdev), has other ideas.

The first time we see Ranveer Singh in Gully Boy, he’s stealing a car. Three men head toward an SUV, Singh walking third, far behind the cocksure leader. He appears tentative and preoccupied, having sought out the least active role. His name is Murad, and that is his way. A college kid obsessed with hip-hop, he even writes songs hoping someone else will belt out his rhymes. The performer he approaches (with a notebook full of verses) disagrees. “If we get comfortable,” he asks Murad, “who the hell will rap?”

Zoya Akhtar’s Gully Boy, an underdog story shining a light on India’s incipient hip-hop subculture, is the first great Hindi film of 2019 and a rousing celebration of spunk. The writing is enthralling, the texture fantastic, and this world is a revelation. Here are characters without room to breathe who express themselves breathlessly, through a style of music that has always belonged to the marginalised. Dissent finds a way — and a beat.

That Zoya Akhtar is a fine director with a flair for sensitive storytelling has been common knowledge for a while now but equally, she has always been perceived as one enamoured with tales of the elite and their charmed lives. Well, her new film –Gully Boy, is set to challenge and change that perception.

Akhtar spins an inspirational story from the dark reality of underground rappers Divine and Naezy.

That art and artistic talent can come from misery and darkness of Dharavi—Asia’s largest slum –is uplifting. There have been enough films dedicated to the rise of gangsters from urban ghettos but to see youngsters fuel their creative dreams with teenage angst is reassuring to a society constantly at war with itself. Apna Time Ayega with lyrics by Divine and Ankur Tewari is sheer brilliance in the way it captures young India’s dreams and aspirations and is picturised with equal finesse.

There’s a phrase that echoes through Gully Boy like a talisman. Bohot hard, fledgling rapper Murad (Ranveer Singh) is told again and again, as encouragement, as validation. It’s a compliment the film would badly want paid back to it. But it’s not that easy. ‘Bohot hard’ is the gulf between Murad coming up in confidence-annihilating open mics and Singh getting to rap not just because he’s good at it but because he’s a famous actor and people are happy to let him. It’s also the distance between the lives of Singh and director Zoya Akhtar and the sort of people whose lives they’re putting on the screen.

If Gully Boy earns its props by the time it’s done, this is testament to its immersion in, and respect for, the world it springs from. The first thing we see on screen is a shout-out to “the original gully boys, Naezy and Divine”, the rappers whose stories formed the basis for Akhtar and Reema Kagti’s script. Other rappers turn up too, in small roles or as performers. A lot of the film is shot in Dharavi – where Murad lives with his father, mother, grandmother and brother – but the neighbourhood isn’t exoticized. Or rather, it is, but by a group of tourists on a “slum tour”, a knowing bit of us-versus-them positioning by Akhtar, sold wonderfully by Singh (Murad looks more amused than angry at strangers entering their home).

Ranveer Singh-Alia Bhatt Film Getting Unbelievably Positive Reactions On Twitter, Check Out Some Tweets Below :

Layered with love and garnished with simplicity. The pain, strain, struggle is real #GullyBoy what a brilliant story. What a kind narrative. Congratulations on a film, with a story that was waiting to be told.

My lord this Gully Boy is something else. The writing, the direction, the music, the performances 👏👏👏Bahut hee mazedaar. #GullyBoy

#GullyBoy – Speechless!! What a remarkable film. Real, raw and supremely impressive. This is an experience that you cannot miss for anything. Flawless, to say the least. Easily one of the best films in recent times. Take a bow, #ZoyaAkhtar!!
Bahut Hard 🔥🔥 pic.twitter.com/S4D7IAPSxR

Have no words to describe the brilliance of @RanveerOfficial n @aliaa08