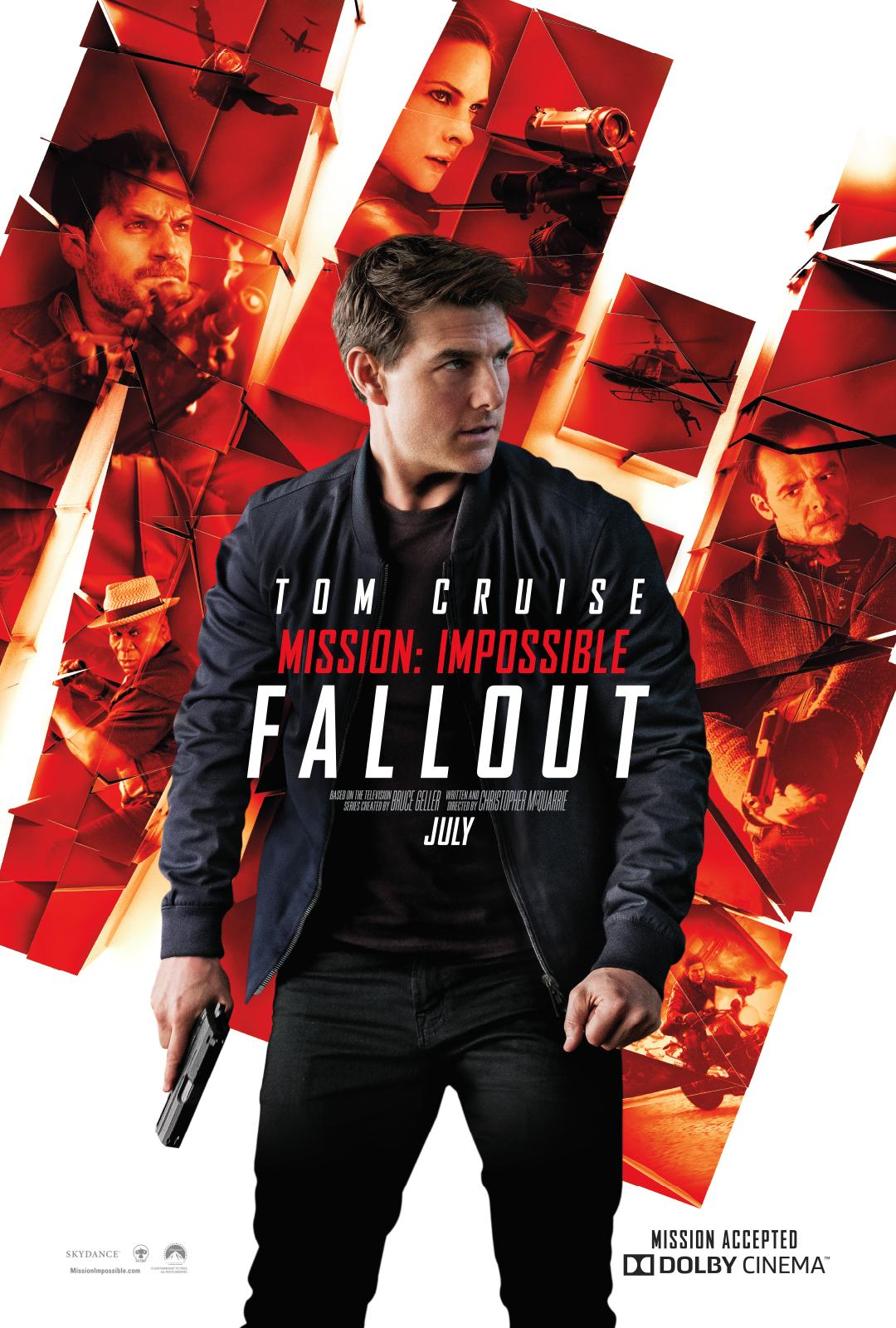 Ethan Hunt and his IMF team, along with some familiar allies, race against time after a mission gone wrong.

Two years after Ethan Hunt had successfully captured Solomon Lane, the remnants of the Syndicate have reformed into another organization called the Apostles. Under the leadership of a mysterious fundamentalist known only as John Lark, the organization is planning on acquiring three plutonium cores. Ethan and his team are sent to Berlin to intercept them, but the mission fails when Ethan saves Luther and the Apostles escape with the plutonium. With CIA agent August Walker joining the team, Ethan and his allies must now find the plutonium cores before it’s too late.

The sixth movie in producer-star Tom Cruise’s Mission: Impossible series is a marvel of American engineering. This exciting, semi-adult cartoon of espionage could have been laid out in an intricate schematic instead of a screenplay. Its savvy amalgamation of gimmickry, glamour, and athletics, on the one hand, and spy games played like mind games, on the other, generates tension and release for a super-swift 147 minutes.

To maintain rooting interest, the film injects a shot of idealism every 20 minutes. Cruise’s Impossible Missions Force (IMF) agent, Ethan Hunt, refuses to sacrifice innocent lives for the greater good. He won’t leave any IMF agent behind. When he goes undercover with corrupt movers and shakers, he strategizes to avoid killing other law enforcers. He even apologizes to a Parisian parking cop wounded in the crossfire.

In case you missed it, the Mission: Impossible film series is America’s answer to James Bond.

The gadgets, the action, the women; these things are part of the likeness, but perhaps the biggest similarity is in how we remember the films – we tend to remember the Bond and M:I movies not by their plots, but by their stunts and/or villains.

In the case of the first Mission: Impossible, we remember the now legendary roof drop sequence. The second one had the mountain climbing opening. The third one had Philip Seymour Hoffman. The fourth one had the impressive Burj Khalifa stunt and the dust storm chase.

Continuing this theme, Mission: Impossible – Rogue Nation (the fifth in the series) will be remembered for Tom Cruise hanging off the side of a plane as it takes off and doing a heart-stopping free dive into a water-cooled computer chamber, and Sean Harris’ Solomon Lane, who looks like an evil cross between Tintin and Dobby the House Elf.