Let’s acknowledge the fact that we are blessed to have such strong women around us, whether it’s your mother, sister, wife or a colleague. We learn each day how to manage life beautifully without any complaints. They all deserve great appreciation for their hard work and efforts that make our life easy.

If you are looking for the best inspirational quotes about women, we have listed some amazing women empowerment quotes from books and other sources that can help you express your gratitude towards these superwomen.

A woman can create a huge difference in our society, they have the spirit to fight against all the odds and make their own social status recognized globally such as Malala Yousafzai and Meghan Markle and others. Use these motivational quotes for strong women that empowers them by giving wings to their thoughts to achieve the impossible. 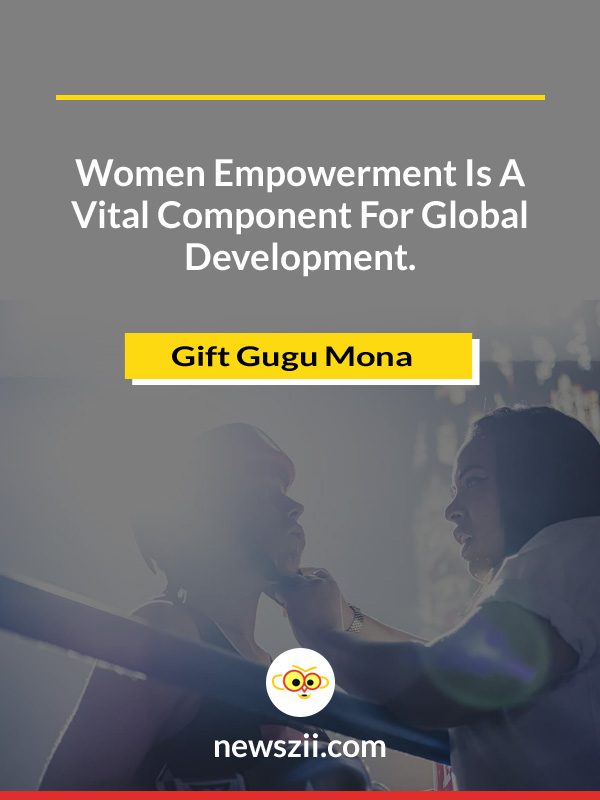 2. “I raise up my voice—not so that I can shout, but so that those without a voice can be heard. … We cannot all succeed when half of us are held back.” -Malala Yousafzai

4. “I’m tough, ambitious, and I know exactly what I want. If that makes me a bitch, okay.” -Madonna

5. “It took me quite a long time to develop a voice, and now that I have it, I am not going to be silent.” -Madeleine Albright

6. “To all the little girls who are watching this, never doubt that you are valuable and powerful, and deserving of every chance and opportunity in the world to pursue and achieve your own dreams.”
— Hillary Clinton

11. “A woman with a voice is, by definition, a strong woman.” -Melinda Gates

12. “A feminist is anyone who recognizes the equality and full humanity of women and men.” -Gloria Steinem

13. “There is no limit to what we, as women, can accomplish.” -Michelle Obama

14. “Don’t just stand for the success of other women – insist on it.” -Gail Blanke

15. “When a man gives his opinion, he’s a man; when a woman gives her opinion, she’s a bitch.” -Bette Davis

17. “I am not free while any woman is unfree, even when her shackles are very different from my own.” -Audre Lorde

18. “Feminism is for everybody.” -bell hooks

19. “Words have power. TV has power. My pen has power.” -Shonda Rhimes

20. “When there are no ceilings, the sky’s the limit. So let’s keep going—let’s keep going until every one of the 161 million women and girls across America has the opportunity she deserves to have.” — Hillary Clinton

21. “Women are leaders everywhere you look—from the CEO who runs a Fortune 500 company to the housewife who raises her children and heads her household. Our country was built by strong women, and we will continue to break down walls and defy stereotypes.” — Nancy Pelosi

22. “If women are expected to do the same work as men, we must teach them the same things.” -Plato

23. “We need women at all levels, including the top, to change the dynamic, reshape the conversation, to make sure women’s voices are heard and heeded, not overlooked and ignored.” -Sheryl Sandberg

24. “Whether I am meant to or not, I challenge assumptions about women. I do make some people uncomfortable, which I’m well aware of, but that’s just part of coming to grips with what I believe is still one of the most important pieces of unfinished business in human history—empowering women to be able to stand up for themselves.” — Hillary Clinton

25. “You could make a case that, along with the technological revolution, the most provocative upending destabilizing thrilling change in the course of human history is that we’re finally in it. … We’re here now, women are in the world, and we will not be bullied.” — Meryl Streep

26. “We need to reshape our own perception of how we view ourselves. We have to step up as women and take the lead.” -Beyoncé

27. “Women must learn to play the game as men do.” -Eleanor Roosevelt

28. “No woman should be told she can’t make decisions about her own body. When women’s rights are under attack, we fight back.” -Kamala Harris

29. “I am a woman with thoughts and questions and shit to say. I say if I’m beautiful. I say if I’m strong. You will not determine my story—I will.” -Amy Schumer

30. “Women are not the problem. They’re the solution.” -Sheryl Wudunn

31. “For I conclude that the enemy is not lipstick, but guilt itself; we deserve lipstick, if we want it, AND free speech; we deserve to be sexual AND serious—or whatever we please. We are entitled to wear cowboy boots to our own revolution.” -Naomi Wolf

32. “I feel now that the time is come when even a woman or a child who can speak a word for freedom and humanity is bound to speak.” -Harriet Beecher Stowe

33. “In the future, there will be no female leaders. There will just be leaders.” -Sheryl Sandberg

34. “They cannot stand that a refugee, a black woman, an immigrant, a Muslim, shows up in Congress thinking she’s equal to them. But I say to them, ‘How else did you expect me to show up?'” — Ilhan Omar

35. “Women have discovered that they cannot rely on men’s chivalry to give them justice.” — Helen Keller

37. “Women’s freedom is the sign of social freedom.” -Rosa Luxemburg

38. “The higher the better. It’s more about an attitude. High heels empower women in a way.” -Christian Louboutin

39. “The only courage you ever need is the courage to fulfill the dreams of your own life.” — Oprah Winfrey

40. “Freeing yourself was one thing, claiming ownership of that freed self was another.” — Toni Morrison

41. “Another world is not only possible, she is on her way. On a quiet day, I can hear her breathing.” — Arundhati Roy

42. “I hate to hear you talking so like a fine gentleman, and as if women were all fine ladies, instead of rational creatures. We none of us expect to be in smooth water all our days.” — Jane Austen

44. “More and more women are realizing that only collective strength and action will allow us to be free to fight for the kind of society that meets basic human needs.” — Roxanne Dunbar

45. “By propagating women’s nature as non-violent they are discouraging women from becoming fighters in the struggle for their own liberation and that of society.” — Anuradha Ghandy

47. “A strong woman understands that the gifts such as logic, decisiveness, and strength are just as feminine as intuition and emotional connection. She values and uses all of her gifts.”– Nancy Rathburn

48. “I want to do is because I want to do it. Women must try to do things as men have tried. When they fail, their failure must be but a challenge to others.”– Amelia Earhart

49. “We must believe that we are gifted for something, and that this thing, at whatever cost, must be attained.”– Marie Curie

50. “People think at the end of the day that a man is the only answer [to fulfillment]. Actually a job is better for me.”– Princess Diana