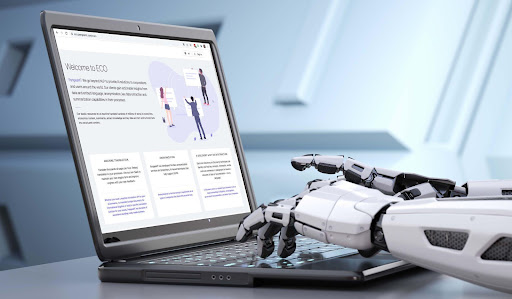 The days when translating from one language to another involved the use of a bilingual dictionary are long gone.

In today’s world, if you come across words or phrases in a foreign language, all you have to do is use an online translation tool, and you’ll get a translation almost instantly. Machine translation (MT) has become so widely used that Google Translate translates more than 100 billion words every day.

In addition to personal use, machine translation supports companies and businesses in reaching out to a global audience. They can translate their website content into a multitude of languages, essentially eliminating language barriers. This not only allows them to reach new markets but also gives marginalized groups access to more information.

This algorithm needs to be trained using data samples. The data samples can be generic or specialized. Google Translate, for example, is a generic machine translation engine which means it’s designed for general purposes, so it’s not trained with data samples pertaining to a specific domain. As more people use the platform, more data is collected, and the algorithm and output improve.

In contrast, specialized machine training engines are trained with specialized sets of data and are constantly fine-tuned by developers, so the output is more precise.

There are many different varieties of MTs, but four of the most frequent are as follows:

During training, these networks compare the expected translation to the correct output automatically adjust their set parameters to improve quality. Humans need to train them during this initial learning phase which involves large datasets.

Using deep learning and artificial intelligence, NMT is the most advanced approach to machine translation.

Technically, NMTs are any type of machine translation that uses an artificial neural network to predict a sequence of numbers. Let’s say you give it a sentence in English which needs to be translated into German.

The sentence could be “I drink too much coffee.” This is the input sentence. Each word will correspond to a number.

But how does the network turn one sequence of numbers into another? The short answer is that it uses a complicated mathematical formula.

Statistical machine translation also turns phrases into strings of numbers when translating, but it doesn’t assign relationships between words the way neural networks do. If a neural network receives data samples where two words have similar use cases, it will give them numerical values closer together to reflect this. For instance, if the data samples show that the words “but” and “however” have similar use cases, the neural network will give them close numerical values.

These networks always consider the context of the sentence. They analyze the words and their order in the sentence. As a result, they provide a higher level of fluency.

The 1950s saw the introduction of the world’s first machine translation (MT) system, developed by Georgetown University and IBM. This system was rule-based and used dictionaries and pre-programmed rules. By today’s standards, it was slow and unreliable, but back then, it was revolutionary and paved the path to advancements in MT.

Voice-to-text technology started in the 1970s when DARPA and the US Department of Defense began researching speech recognition technology.

The 1980s saw the introduction of electronic dictionaries and terminological databases. The ALP System, developed at Coventry Lanchester Polytechnic University, was the first to introduce the concepts that would later become current translation management systems (TMS).

When Google launched Google Translate in 2006, it was still statistical and used predictive algorithms based on the words and sentences it had previously learned. The output often had grammatical errors.