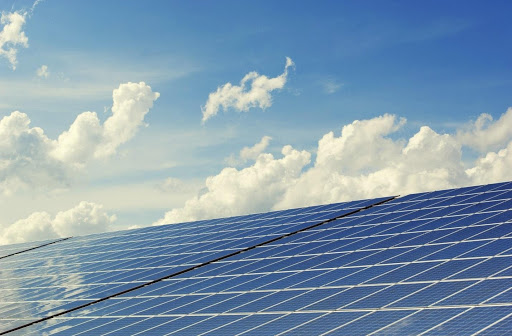 The electric distribution systems in the United States serve at least 145 million customers. Any power interruptions, therefore, mean that millions of households will be without electricity.

Consequently, many American homes have invested in generators to reserve power. When your electricity fails, your family won’t have to stay in the dark because you have a generator.

For the longest time, generators have been using gas to produce power. They use the gas to convert mechanical energy into electricity.

Besides the potential dangers of gasoline, these traditional generators have a myriad of environmental concerns.

Solar power generators are becoming commonplace in most homes. The solar generators use the sun’s power to charge batteries.

If you’ve been using a gas-powered generator, you can attest to its high level of noise.A solar generator doesn’t have an engine, which is the primary source of noise in traditional generators. It is also free from moving parts that are responsible for noise in fuel-powered generators.

A solar generator has significantly minimal noise, which is more of a buzz from the inverter.  As such, you don’t have to put your solar generator a distance from the house to minimize distractions.

You can place your generator right beside your TV and other supported appliances without having to deal with the irritating noise.

Solar power is one of the environmentally friendly sources of renewable energy.  If you get your portable power station from PoweredPortableSolar.com, you don’t need to worry about carbon dioxide emissions.

The solar power generators input and output clean energy. The choice of solar generators over fossil fuel generators is a great way to protect the environment from air pollution. If you’re enthusiastic about a green environment, transitioning to this new system can be one of the best moves.

When using a fuel-powered generator, you need to buy fuel each time it runs out. Conversely, a portable solar generator depends on the free energy from the sun. You don’t need to factor in oil or gas, which characterize conventional generators.

Contrary to the fuel-powered generators, a solar generator has no moving parts that gradually wear off. Traditional generators can set you back a few dollars as some of the parts need replacement over time. The cost of maintaining the typical generators can be overwhelming.

The initial cost of purchasing a solar generator can discourage a homeowner but the financial sacrifice is worth it since the recurring costs are almost zero. A fuel-powered generator is less costly, but its maintenance might be financially daunting.

A portable solar-powered generator is light enough to carry effortlessly. This power station utilizes a battery only. The conventional generator has an engine, battery, and fuel tank, which makes it considerably heavy.

If you’re thinking of camping or hunting, moving around with your solar generator won’t be overwhelming.

Besides, manufacturers of solar power generators are creating designs such as the briefcase-style that increases their portability. Depending on your interests, you can get a solar generator that weighs 25 pounds or less.

Within 30 years, solar power will help most homeowners to save up to $19,000.  Energy is one of the culprits making homeowners receive unbelievably high utility bills. With solar-powered generators, you can reduce your utility bills by a considerable margin.

Harnessing energy from the sun is free. You can enjoy this free commodity throughout your generator’s lifespan. The solar generators store enough power, so you don’t have to worry about days when the clouds seem persistent.

Traditional generators pose several safety concerns. The toxic fumes are a health hazard to your family. As such, most of these generators have to be placed outside to avert the possible risks.

When you keep your generator outside, you need several cables connecting through the windows and doors to reach your devices.

The cables can cause accidents, especially among kids, and if you’re not careful with the cables connection, an accident might be imminent.

Solar-powered generators have an aspect of safety as they don’t produce harmful emissions. Besides, you can have them indoors, which reduces the number of cables running across the rooms.

This option is quite safe, particularly for homes with young children.

You need to fill your generator with gas before you can use it. An often overlooked benefit of solar-powered generators is the ability to operate it while still charging. As long as the sun is out, you can use the solar generator throughout the charging period.

Since you’re collecting the clean sunlight for free, you can allow the generator to run through the day to support your appliances. This move is a great money saver as you won’t be using electricity for the better part of the day.

One of the primary concerns for most people in the use of solar power generation is the absence of sunlight. The sun is the primary source of power for solar generators. It is, however, not the only source.

Most solar generators are all-in-one power stations. Therefore, you can charge the solar generator with other sources of power such as electricity. Nonetheless, this approach might affect your energy bills.

The Benefits of Solar Power Generators are Incomparable to Conventional Generators

The Benefits of Solar Power Generators are Incomparable to Conventional GeneratorsIf you need a power back up for your home, a generator is an option you can’t ignore.

More importantly, solar power generators are a smart option. These solar-powered generators are one of the long-term investments that have a significant impact on a home’s value.

While solar energy might have a limited power supply, it can serve most of the essential appliances in a home.

When you weigh the pros and cons of a solar generator, you’ll realize that purchasing a solar system will have an impact on your energy use significantly. Keep exploring our site for more informative content.