As First Coast News reports, the shocking story first went viral when a mother shared a photo of her newborn baby holding her Mirena IUD, an intrauterine device that provides birth control, inserted into her uterus. 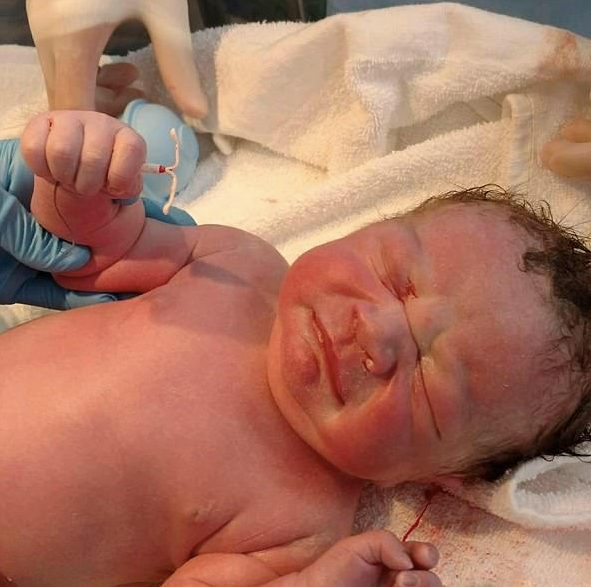 People immediately assumed that the baby had come out of the womb holding the IUD. However, that wasn’t the case.

When asked point blank if her son was actually born holding the IUD, Hellein said: “He was not.” Because she was already pregnant, Hellein’s doctor was unable to remove the contraceptive until after she gave birth. 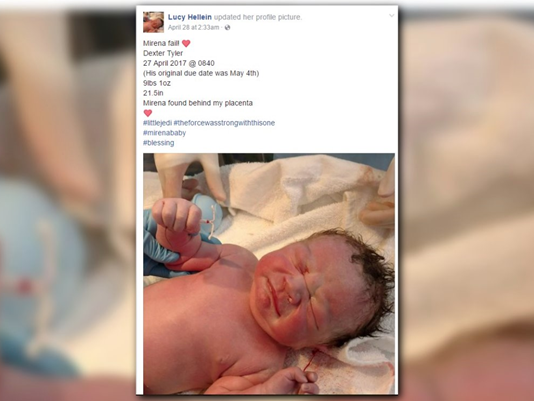 Her doctor reportedly found the IUD behind Hellein’s placenta after the birth and a nurse placed the implant into the baby boy’s hand. A friend snapped a photo of baby Dexter holding the IUD and it instantly went viral. 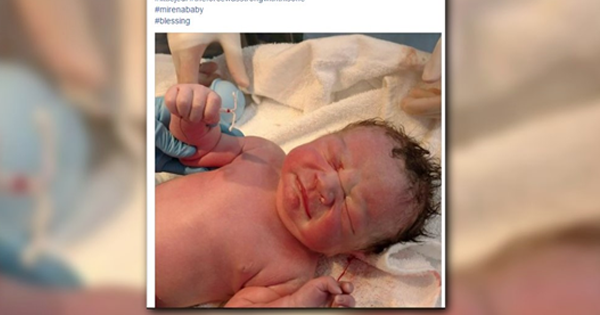 Many women have questioned the effectiveness of IUDs at preventing pregnancy. The nurse practitioner said,”IUDs are 99.9% effective.”

Hellein may have already been pregnant when the implant was inserted, but because it takes time for the egg to be fertilized, the doctor may not have realized it.

Do share the story with all your friends and family so they can get the real facts behind this story.