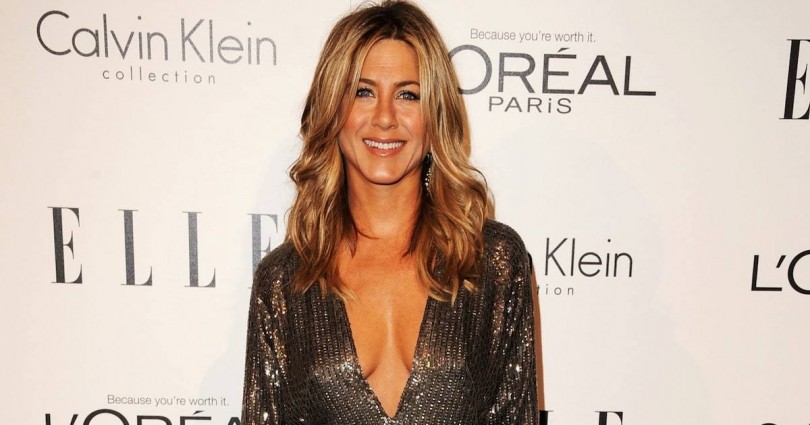 She turned 50 in February this year. But her sex appeal still remains what it used to be when she landed her role as Rachel Green on Friends.

At 50, she has decided to ditch her bra. Of course, she has tried to cover herself with her arm. But it was not enough. She “felt completely normal” for her Harpes Bazaar cover shoot.

“I think our bodies are beautiful, and I think celebrating them and being comfortable in them – no matter what age you are – is important.

In the June/July 2019 issue, Jennifer Anniston has been interviewed by her First Ladies  co-star Tig Notaro, in which she gave us the naked truth about turning 50.

Here Are The 10 Interesting Facts About Jennifer Aniston:

1. She will feature in Netflix’s upcoming film Murder Mystery, along with Adam Sandler. The film is directed by Kyle Newacheck and written by James Vanderbilt. Netflix recently released the trailer of the film, which is scheduled to be released on June 14.

Watch The Trailer Of Murder Mystery:

3. Rachel Karen Green was one of the six main fictional characters who appeared in the sitcom Friends. Jennifer Aniston portrayed the role of Rachel Green. She appeared in each of the show’s 236 episodes. The role of Rachel was originally offered to actresses Téa Leoni, the producer’s first choice, and Courteney Cox, both of whom declined the role. 10 Best Jennifer Aniston Roles After Friends

4. Netflix’s upcoming political comedy ‘First Ladies’ features Aniston as the first female president of the United States. The lesbian president of the US, will have Tig Notaro as her wife in the film. The actress, who split with her husband Justin Theroux last year.

5. I work out four or five days a week. For the last two years, three or four of those days have been with my beloved Leyon, who is my boxing coach.

6. She is back on TV opposite Reese Witherspoon in The Morning Show. It is an upcoming comedy-drama web television series that is set to premiere on Apple TV+ in fall 2019.

Jennifer Aniston is not on Instagram, Twitter or Snapchat. She has always been very private about her personal life.

8. Jen was married to Brad Pitt between 2000 and 2005. Both actors eventually moved on to relationships with other people

9. She split from second husband Justin Theroux in 2017.