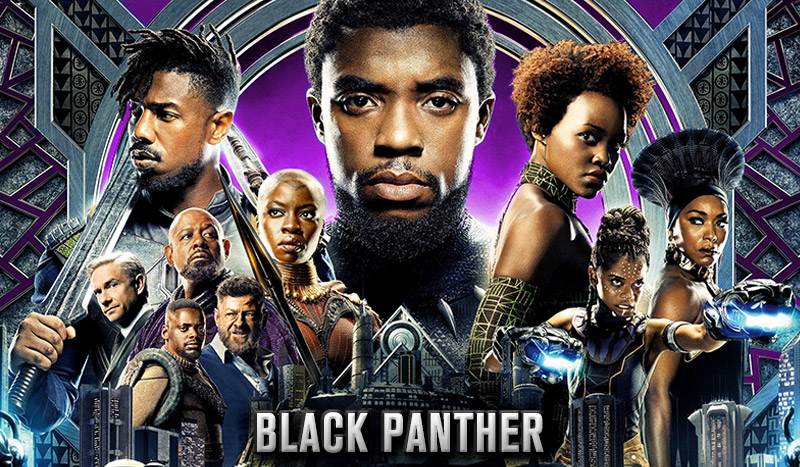 T’Challa, heir to the hidden but advanced kingdom of Wakanda, must step forward to lead his people into a new future and must confront a challenger from his country’s past.

Follows T’Challa who, after the death of his father, the King who of Wakanda, returns home to the isolated, technologically advanced African nation to succeed to the throne and take his rightful place as king. But when a powerful old enemy reappears, T’Challa’s mettle as king and Black Panther is tested when he is drawn into a formidable conflict that puts the fate of Wakanda and the entire world at risk.

Faced with treachery and danger, the young king must rally his allies and release the full power of Black Panther to defeat his foes and secure the safety of his people and their way of life.

The first black superhero in mainstream American comics, Marvel’s Black Panther came with an African pedigree: in real life, he’s the ancestral king of a small, impoverished sub-Saharan nation that conceals a secret empire, the whole operation empowered by an asteroid from outer space. That premise provides most of the fun in this big-screen adaptation, particularly in the form of the Dora Milaje, the king’s security team, who are badass women with shaved heads, neck rings, and flaming-red uniforms. Chadwick Boseman is appropriately noble and dull as the title character, and director Ryan Coogler (Creed, Fruitvale Station) brings along the compelling Michael B. Jordan, his frequent collaborator, to play the Panther’s philosophical antagonist.

The map appears in “Black Panther,” most of which is set in present-day Wakanda, at a pivotal point. The old king is dead; long live the new king, T’Challa (Chadwick Boseman), a princely sort who comes with many advantages. His mother is played by Angela Bassett, who rocks a ruff better than any queen since Elizabeth I. His most trusted combatant, should trouble loom, is the shaven-headed Okoye (Danai Gurira), who can fell an aircraft with the toss of a spear. He has a thing going with the wondrous Nakia (Lupita Nyong’o). Oh, and I almost forgot: he’s a superhero. Unlike Peter Parker, whose teasing, could-it-be-me act has worn thin, T’Challa is super and proud, turning at will into Black Panther. His suit, at once bulletproof and clingy, makes Tony Stark’s outfit look like a deep-sea diver’s. Sure, Bruce Wayne has the Batmobile, but T’Challa has a whole country to drive. The king is the man.

We have already met him, in “Captain America: Civil War” (2016), but there he was merely a part of the Avengers gang, and he made no more impact, to be honest, than the one with the bow and arrow whose name I can never remember. Hence the pressing need for this new film. There have been black superheroes before, and Will Smith’s character in “Hancock” (2008) was an unusual blend of potency and dysfunction, but none have been given dominion over a blockbuster. (The one who merits it best is Frozone, from “The Incredibles,” who has to miss dinner to save the world. “We are talking about the greater good!” he cries. Back comes the reply: “Greater good? I am your wife. I’m the greatest good you are ever going to get.”) Nor has the genre, until now, allowed black identity to be the ground bass of a single tale. There are white actors in “Black Panther,” including Andy Serkis and Martin Freeman, but their roles are minor ones—the types of role, that is, to which black performers, in this patch of the movie business, have grown wearily accustomed.

Yes, Black Panther is another multizillion-dollar installment in the burgeoning Marvel Cinematic Universe. But that is not all that it is. Other superhero movies have dabbled in big ideas—the Dark Knight trilogy most notably, and the X-Men franchise to a lesser degree. But their commitments to the moral and political questions they contemplated were relatively haphazard and/or peripheral. The arguments Black Panther undertakes with itself are central to its architecture, a narrative spine that runs from the first scene to the last.

The hero of the tale is, of course, T’Challa (Chadwick Boseman), the king of Wakanda and, as the Black Panther, protector of his people. Having drunk the nectar of a mystical flower, he has the strength of many men; in a suit woven of bullet-proof vibranium, he is virtually indestructible. (That’s the Marvel part.) Indeed, Wakanda itself is built on the bounty of a meteorite bearing vibranium—the strongest metal on Earth—that struck Africa millennia ago. Technologically advanced beyond the dreams of any other nation, Wakanda cloaks itself from the world behind an illusory rainforest. As far as the rest of the world knows, it is a “third-world country—textiles, shepherds, cool outfits.”