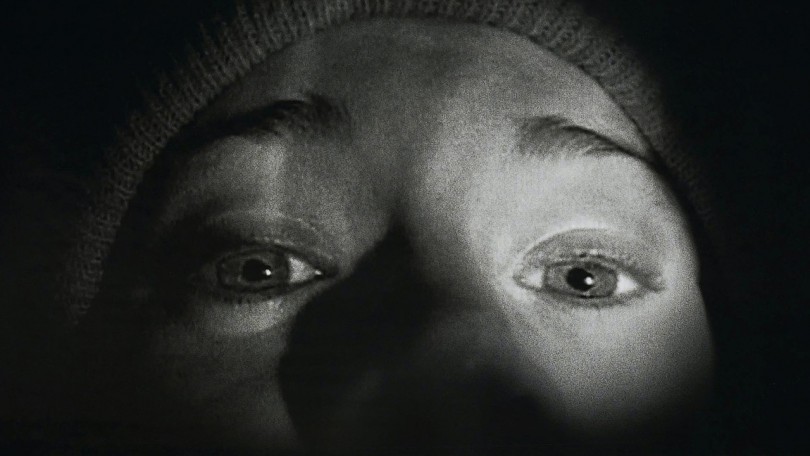 Heather Donahue, Michael Williams and Joshua Leonard, student filmmakers, set out to shoot a documentary about a local legend, the Blair Witch. In the forests near Burkittsville, Maryland, many children have vanished in the 1940s and people still avoid going too deep into the woods.

So, the party sets out to look for facts that prove the legend, equipped only with two cameras and a little hiking gear. First, they find little piles of stone that must have been arranged artificially, later, they have to admit to be lost in the woods.

Eerie sounds at night and more piles of stones in places where they have not been before cause the already desperate group to panic. And one night, days after they should have been back home, Josh disappears completely. Only what has been recorded and filmed with the cameras is found a year later and shows what happened in the woods.

“The Blair Witch Project” is the scariest movie I’ve ever seen. Not the goriest, the grossest, the weirdest, the eeriest, the sickest, the creepiest or the slimiest.
Not the most haunting, most disturbing, most horrific, most violent, most beautiful, most dreamlike or most vile.

Just flat out the scariest.

Scary to the bone.

This blow-by-blow account of the “disappearance” of a young documentary crew is creepy to the bone and features one of the most discomfiting windups in recent film memory. (At least, since 1988’s “The Vanishing.”)

Thanks to advance buzz from Sundance and a killer Web site that breaks new ground in cross-promotional hype, “The Blair Witch Project” was a cult hit before it even opened.