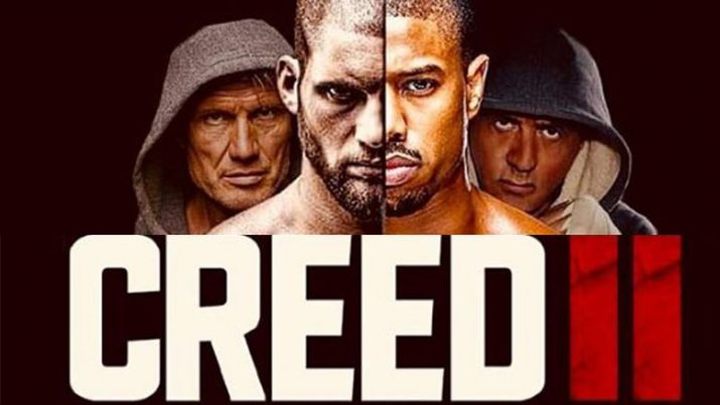 Under the tutelage of Rocky Balboa, heavyweight contender Adonis Creed faces off against Viktor Drago, son of Ivan Drago.

Life has become a balancing act for Adonis Creed. Between personal obligations and training for his next big fight, he is up against the challenge of his life. Facing an opponent with ties to his family’s past only intensifies his impending battle in the ring. Rocky Balboa is there by his side through it all and, together, Rocky and Adonis will confront their shared legacy, question what’s worth fighting for, and discover that nothing’s more important than family. Creed II is about going back to basics to rediscover what made you a champion in the first place, and remembering that, no matter where you go, you can’t escape your history.

Creed 2 is about parenthood and legacy, about honour and identity, about the power of myths and the idea of heroism. But Shakespearean themes aside, what it reminded me the most of – perhaps because both films share star Michael B Jordan (and composer Ludwig Goransson) – was the most Shakespearean of all the Marvel movies, Black Panther. Towards the film’s final moments, when Goransson unwinds the iconic Rocky theme at precisely the right moment, it is the ‘villain’ for whom you will cry.

Creed II isn’t as good as Creed; its script is serviceable but not spectacular, and the fight scenes, while exciting, do not thrill like Coogler’s did. There’s less nuance, and the energy just isn’t the same. Still, it is a solid movie that further cements Jordan as a star, and that’s mostly because of how he portrays Donnie’s personal development.

This time around, Donnie is not only attempting to avenge his father, but also trying to let go of his own anger over his absence as he himself becomes a first-time parent. (The other thing Creed II does well is paint the Dragos as worthy antagonists without ever making them the “bad guys.”) By the end of the film, he’s assumed a position his father was never able to with him.

The second part of the Creed saga has a different style but stays true to the budding Creed brand. This film, executive produced by Ryan Coogler but not directed, does not have the Coogler stamp on it as the first film did. In the first Creed, we had those moments of iconic imagery that Coogler loves to do. Scenes that gave an authentic feel of the culture of the city surrounding Creed and all those unique styles that Coogler brings.

This time around we got a classic boxing film, shots, camera angles, and scenes classic to the boxing film genre. This is not to say director Steven Caple Jr. did a bad job–not in the slightest. In fact, I think Caple did a great job! It took the classic approach, with great writing and a story that we all know brings the drama. This time around the style truly fit within the Rocky brand in this new Creed format.

Almost directly playing homage to the first films, there were moments that harken back to exact scenes from Rocky. These moments, whether it is in Rocky telling a story or in the clothes Bianca, Tessa Thompson’s character, is wearing, you were taken back to those first films in a current new skin. I half expected him to scream “Adrian!” Which if I think back, I feel like he did say Bianca, maybe not screaming it.