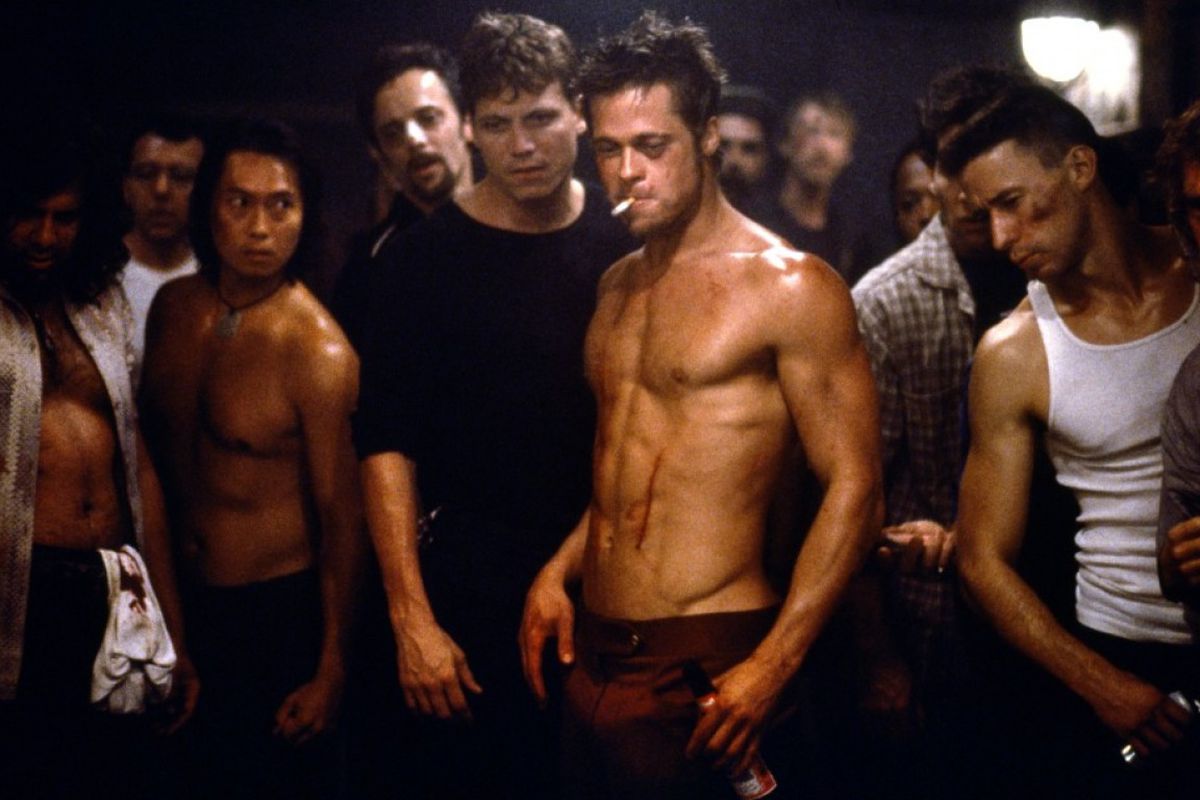 An insomniac office worker and a devil-may-care soapmaker form an underground fight club that evolves into something much, much more.

An insomniac man who is an ordinary worker of a huge company, an IKEA buyer and classic consumer of capitalist system is very bored of his ordinary and routine life and meets with a person that is totally who he wants to be. And after that his life changes, with his new friend he creates a fight club that is gonna evolve very big movement all over country that even he can’t imagine.

Jack (Edward Norton), the narrator of David Fincher’s seriously wacked-out “Fight Club,” is an insomniac wage slave so alienated from his life he takes to frequenting support groups. He starts with Men’s Testicular Cancer. Sobbing in the arms of men whose afflictions he pretends to share, he finds a temporary freedom by abandoning all hope. Soon he’s become a recovery-group addict. Every night he finds a different group–sickle-cell therapy, bowel cancer–until his quest is spoiled by the presence of another “tourist” like himself, the ashen-faced, chain-smoking Marla (Helena Bonham Carter). How can he cry with another faker in the room?

More than a decade and a half after its underwhelming theatrical performance that sneakily begot one of the most omnipresent movie cults of the early ’00s (I was in college in those days; the film was inescapable), I have to admit that I really have no damn clue what to make of Fight Club. It would be an insane thing to deny that the film is consummately well-made, and it’s impossible to overlook how much it starts to overreach in its second half and especially its final quarter, as it begins to lose sight of whatever the hell it was trying to do in a flurry of super-clever twists that are very similar to, but importantly distinct from the twists in Chuck Palahniuk’s source novel, adapted by Jim Uhls.