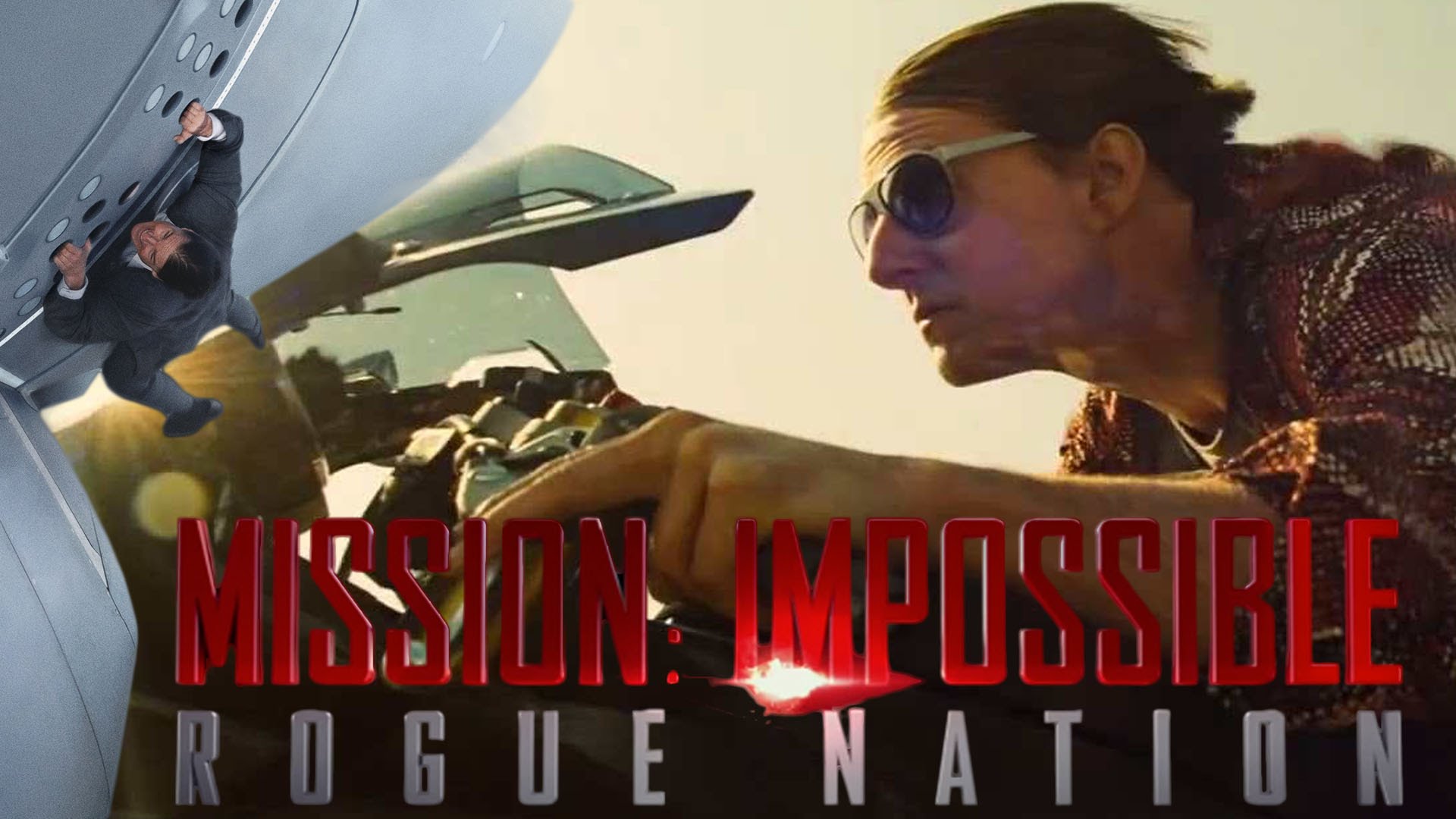 Ethan and team take on their most impossible mission yet, eradicating the Syndicate – an International rogue organization as highly skilled as they are, committed to destroying the IMF.

CIA chief Hunley (Baldwin) convinces a Senate committee to disband the IMF (Impossible Mission Force), of which Ethan Hunt (Cruise) is a key member. Hunley argues that the IMF is too reckless. Now on his own, Hunt goes after a shadowy and deadly rogue organization called the Syndicate.

After an excoriating official US government review of its history of questionable missions with high stakes and considerable collateral damage, the IMF is disbanded. Regardless, Ethan Hunt is undeterred from his personal mission to stop a sinister counter-organization to the IMF, the Syndicate. Now a fugitive from the CIA, Hunt secretly calls his colleagues together to accomplish that, which soon also involves a mysterious woman who has an agenda of her own with those criminals. With both sides playing deadly complex games of intrigue, Hunt and his team must take even more risk with difficult options to protect the world.

How impossible can a mission be, if it is successfully completed five times? The big-screen franchise that began in 1996 has now reached “Mission: Impossible—Rogue Nation,” directed by Christopher McQuarrie. Some things have held firm along the way, not least a resolute belief that the globe is made for trotting. The new film kicks off in Belarus and whisks us to Cuba, Virginia, Paris, Vienna, Casablanca, and London, where our hero, Ethan Hunt (Tom Cruise), pulls off his most amazing stunt to date by finding a functioning phone booth near Piccadilly Circus.

Cruise is in excellent fettle, relaxing like a high-wire artist into the tensest of predicaments, and securing his status as the Dorian Gray of action movies. So what if his portrait decays with age in a vault at Paramount Pictures, as long as he preserves the smooth, unfading cockiness of youth?

Ethan works, as ever, for the I.M.F.: the Impossible Mission Force, not the International Monetary Fund, though it’s easy to imagine Christine Lagarde as his controller, immaculate in pearls, calmly instructing him to break into Greece and steal back the German cash.

The actor’s trademark intensity is put to good use in the latest installment of the franchise, Mission: Impossible – Rogue Nation, and never more so than in the opening ten minutes, a Bondian prologue in which the 53-year-old actor (not a stunt double, as he is justifiably eager to remind anyone who’ll listen) clings to the side of a cargo plane as it takes off and ascends to 5,000 feet. It’s a bravura sequence. The only downside is that the movie never again quite reaches such heights, so to speak.

But little matter. In another scene, Cruise penetrates a torus-shaped underwater vault, holding his breath for what seems the length of a Bible. (According to the movie’s stunt director, during one take Cruise didn’t take a breath for six minutes.) There are fisticuffs and gunfights and an assassination attempt that takes place during a production of Puccini’s Turandot. (Echoes of a similar effort at The Mikado back in 1978’s Foul Play.) And there is—of course—a motorcycle chase, which Cruise conducts with characteristic gusto. Asked at one point if he can track down a particular villain, he replies with what could easily be his life credo: “I won’t stop until I do.”

Movie Review: The Globe and Mail

The series continues its surprising streak in this latest entry, nonsensically subtitled Rogue Nation. The story’s beats, again, are familiar: Hunt faces off against a twisted mirror-image of himself in the form of Solomon Lane (Sean Harris), a former MI6 agent who’s building a capital-E Evil organization called the Syndicate, as all the unique villain organization names were already taken.

Somewhere in the middle of all this, there’s Rebecca Ferguson as the deep-cover spy Ilsa Faust (now that’s a name) and returning players Simon Pegg, Jeremy Renner and Ving Rhames. But it’s a bit pointless to spend much time deciphering co-star performances or picking apart the nuances of the plot. Everything, even Alec Baldwin’s tight and itchy turn as a CIA buzzkill, is mere window-dressing to Cruise’s attempts to kill himself on-screen.