Home » Movies » Watch Movie The “The Cabinet Of Dr. Caligari” This Weekend On Amazon Prime 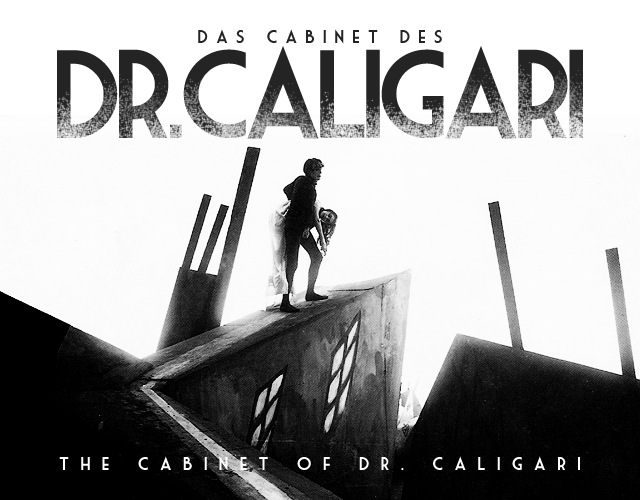 At a fair in the village of Hostenwall, Dr. Caligari obtains a permit to set up his tent show featuring Cesare the 23-year-old Somnabulist who has slept for 23 years. Francis and his friend Alan visit the popular show and Alan asks Cesare in his trance-like state to tell him his future.

Cesare predicts that he will die that night and when Alan is in fact found dead in the morning it seems to be just one of many such crimes recently. Frances is determined to find his friend’s killer, all the more so after Cesare tries to kidnap his fiancée. He follows him to an insane asylum but not all is as it seems.

Watch Trailer Of Movie “The Cabinet of Dr. Caligari” Here 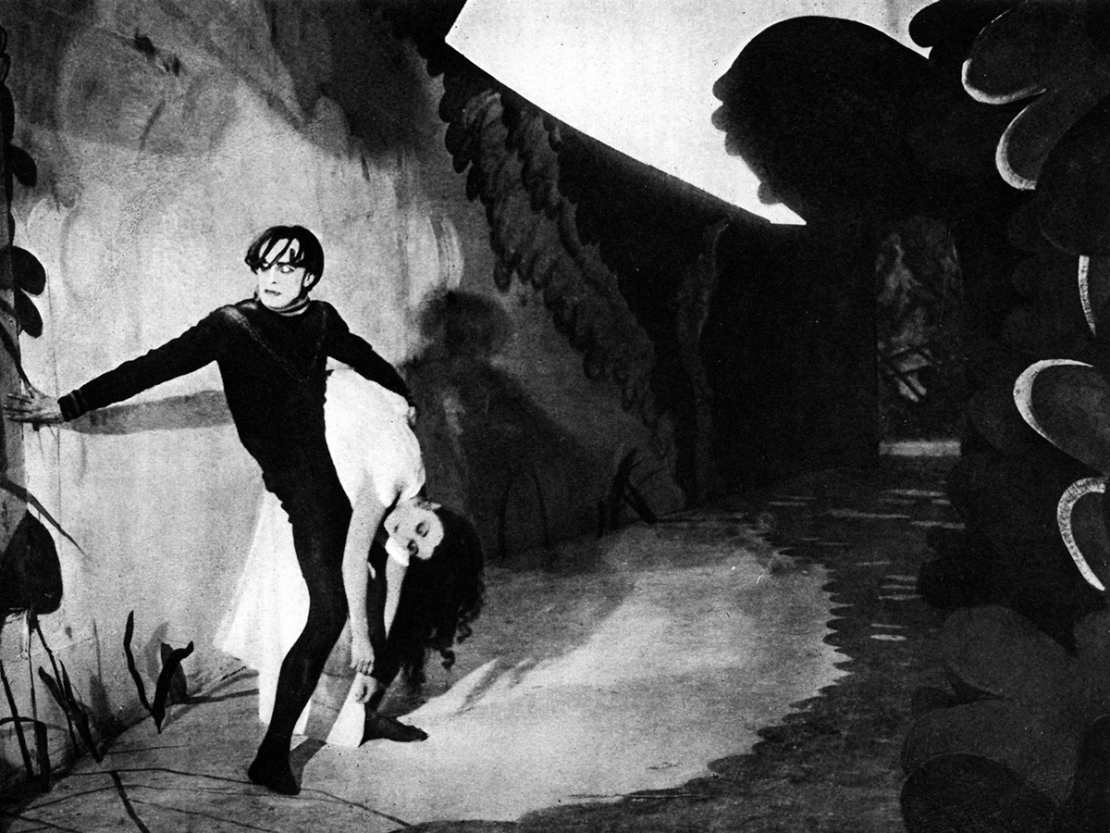 The audience, confined in the madman’s universe, sees what the madman sees: distorted perspectives, eerie painted lights and shadows, an angular, warped world of fears and menace. The sets are used expressionistically to convey the madman’s thoughts, to intensify the characters’ emotions, and to emphasize the meanings of the action.

This film is so entrenched in the “masterpiece” classification that a few cautionary remarks should be added, lest your initial reaction be disappointment: you may be delighted that the flats express something, because most of the actors don’t; you may find that the décor, which is highly experimental in terms of space and distance but is derivative of the stage use of Expressionism, is a monotonous zigzag (too many hooks and no fish).

“Caligari,” the most complete essay in the décor of delirium, is one of the most famous films of all time, and it was considered a radical advance in film technique, yet it is rarely imitated—and you’ll know why. Werner Krauss is the nightmare image of a psychoanalyst—the hypnotist Caligari—with, in his cabinet, the somnambulist Cesare, played by the extraordinary tall, thin, young Conrad Veidt. Directed by Robert Wiene. Released in 1920. Silent. 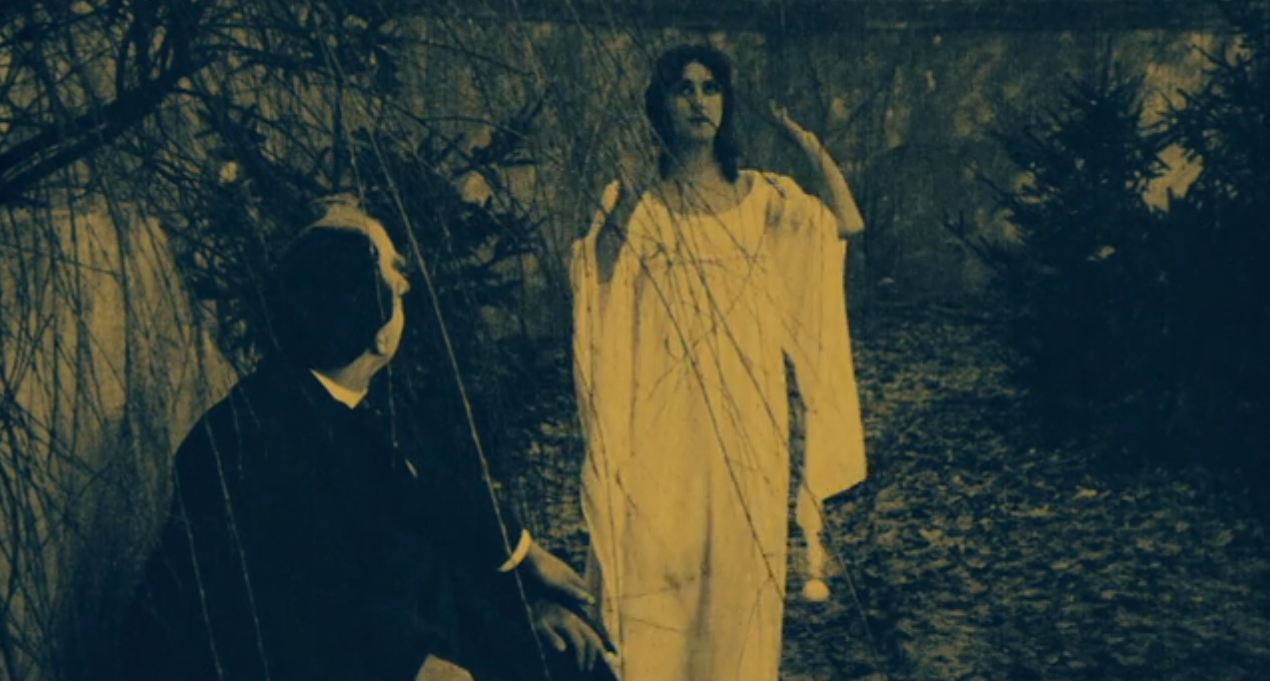 It must be a thought still more chastening for film producers that the highest achievement of the screen was made by an amateur. That Paul Wegener, an actor with little experience behind the megaphone, should have produced “The Golem” is bad enough.

But that Robert Wiene, a stage actor of the Sturm group, whose avowed interest was the spreading of the gospel of expressionism through every medium, whether plastic or pictorial, and who cared for the kinema only in so far as it could further his ends more completely than the speaking stage – that this outsider, with no knowledge of studio customs, no reverence for studio traditions, should have turned out “The Cabinet of Dr. Caligari” seems a thing almost too strange for belief.

Yet it is not really strange. Wiene, like Paul Wegener, was not only a keen student of expressionism but an artist as well: like Wegener, he knew just enough of kinema traditions to despise them and keep himself unshackled; his sense of drama, his psychological insight, and his eye for line and light were of more advantage to him than any number of screen conventions; and he had a fine story to tell. 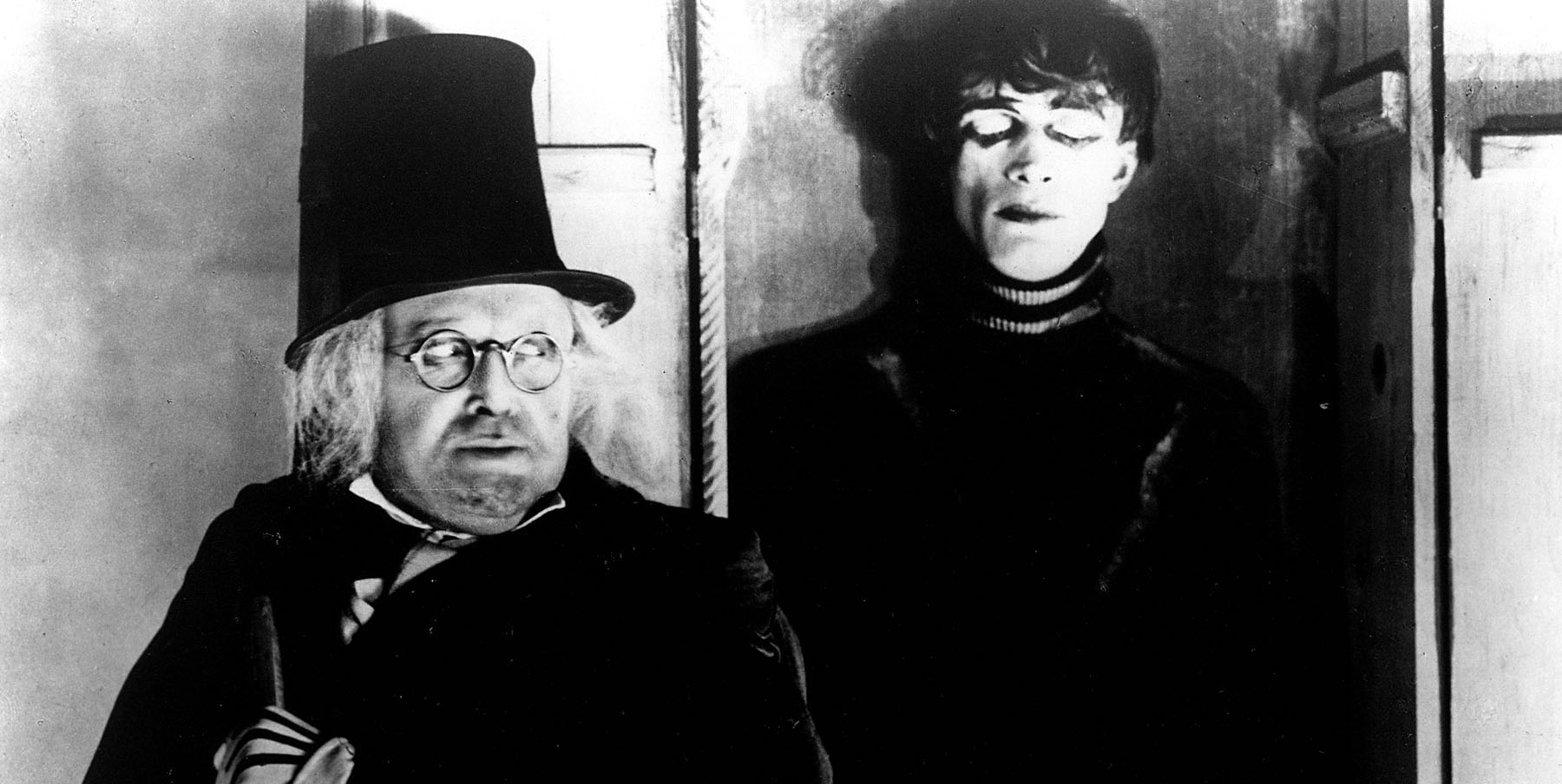 The primary figure to understand, then, isn’t Francis (Friedrich Feher) or Dr. Caligari (Werner Krauss), but Cesare (Conrad Veidt), the murderous somnambulist under Caligari’s control. Cesare is first glimpsed as a life-sized drawing outside Caligari’s tent at the local carnival, which makes a caricature of Veidt’s slender face, to the extent that his cheeks are exaggeratedly shrunken in, perpetuating an effeminate stereotype indicative of photographic, physiognomic depiction. Cesare’s face is feminized because he’s merely a vessel for Caligari’s hegemonic control.

Cesare’s actual face is first shown in a vignette close up, eyes closed as he furrows his brow and slightly moves his lips. Once his eyes open, he’s in immediate contact with the viewer, staring directly into the camera.

Such an introduction, in relation to the previous drawing, reveals Wiene’s explicit framing of Veidt’s features as speaking to the sociological constraints affiliated with androgyny, especially given Cesare’s literal, but heavily allegorical role, as a figure of precarious submission.