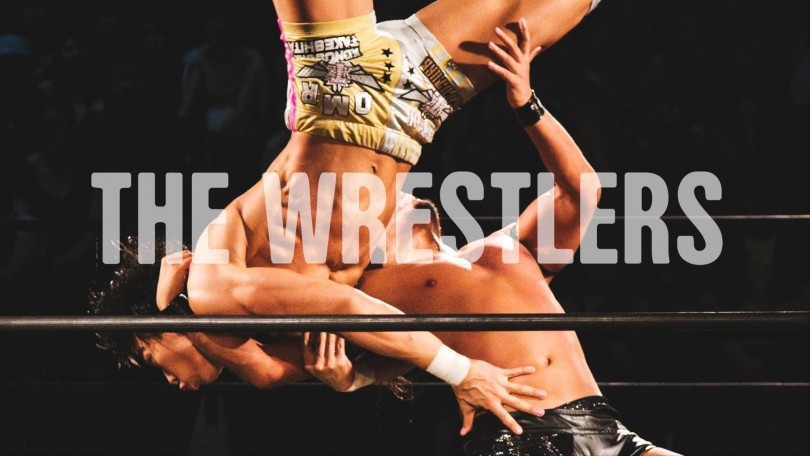 This is a drama about an aging professional wrestler, decades past his prime, who now barely gets by working small wrestling shows in VFW halls and as a part-time grocery store employee.

As he faces health problems that may end his wrestling career for good he attempts to come to terms with his life outside the ring: by working full time at the grocery store, trying to reconcile with the daughter he abandoned in childhood and forming a closer bond with a stripper he has romantic feelings for.

He struggles with his new life and an offer of a high-profile rematch with his 1980s arch-nemesis, The Ayatollah, which may be his ticket back to stardom.

ITALIAN playwright Ugo Betti once penned an observation about fate and destiny that fits the mesmerizing new drama The Wrestler as snugly as the weathered elbow pads worn by its peroxided protagonist. “We wonder,” Betti reflected, “but in the end, there is always a certain peace in being what one is, in being that completely. The condemned man has that joy.”

It is doubtful that The Wrestler’s aging grappler, Randy “The Ram” Robinson, reads Italian playwrights. And the usually genial athlete, not so much played by Mickey Rourke as possessed by the maverick actor, who this week won a Golden Globe for his performance, would probably bristle at the idea of being condemned to do anything.

Like the verite drama built with magnificent perception around him, Robinson has dignity; it’s a tatty cachet, to be sure, but it’s his life and he’s leading it pretty much exactly the way he wants to. The Wrestler is nominally about a few months in that life, as Robinson prepares for the 20th-anniversary rematch with a once-potent opponent, The Ayatollah (Ernest Miller).

The camera follows the resolute Robinson from a respectful distance as he wanders – no, lumbers – by his stations of the cross: the gym, the tanning salon, the beauty parlour (for the hair), his local stripper establishment Cheeques, the supermarket where he works days and the trailer park where his living space isn’t much bigger than the back of the old van he’s sometimes forced to sleep in when the rent’s late.

As The Wrestler begins, the title warrior sits facing the corner in a schoolroom cluttered with toys. His shoulders are enormous and slumped. His armor, a tanned backplate of swollen muscles, is capped with a helmet of bleach-blonde hair. On his legs: spandex. In his bloodstream: steroids.

That’s us first peek at Mickey Rourke as Randy “The Ram” Robinson, an old pro wrestler wringing the last drops of fame from his career. Back in the day, he was huge — huge like Norma Desmond in Sunset Boulevard (“I am big. It’s the pictures that got small”), only Norma never vanquished her co-stars with a rope-diving number called the “Ram Jam.”

If it was a comedy, this would star Will Ferrell in a beefcake fat-suit with other wiseacre comics playing his various wrestler comrade-opponents, looking on blankly while Will attempts his delusional comeback in the ring. But it’s deadly serious, and Mickey Rourke – famously once a contender in the marginally more credible world of boxing – is sublimely cast.

Something about this gutsy, heartfelt drama from screenwriter Robert D Siegel and director Darren Aronofsky alchemizes Rourke’s conceit into a terrifically engaging, likable and even vulnerable performance. Happily, for them both, Aronofsky appears to have caught the 52-year-old Rourke at just the right time with just the right role.

This film won the Golden Lion at last year’s Venice film festival, and it’s an exhilarating victory for the director after his dreadfully limp and overblown fantasy The Fountain. And for all his grotesque appearance in the film, Rourke plays something he has not been much known for in his acting career: a human being.