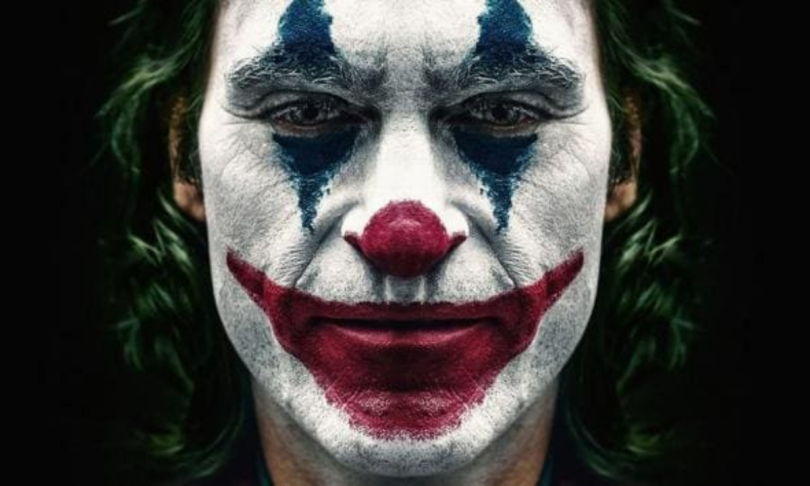 We all know what a complicated character the Joker is. Batman’s enemy has received many depictions so far, each one of them better than the other. He is the victim of capitalism, while in another, there is talk of a lack of mental healthcare. In Suicide Squad as Jared Leto, he is a murderer and a sadist in Batman: The Animated Series. Whichever role he talks, the Clown of Crime is not shown as a good guy.

Yet, he has some interesting observations and thoughts about this world. That is how he can stand up against Batman. While Bruce Wayne playing Batman is a quiet and reserved person, the joker is noticeable as a chaotic and rather loud person.

With his humorous comments, you can quickly call Joker The Quoter. If you do not believe us, check out the 150 quotes we have compiled from his various movies. These quotes showcase his humor, opinion of the world, and masterpiece wit.

You may not be a fan of the Batman comics or movies, but it is a given that you would know who joker is. His smile sends shivers down people’s spine though he is a bad guy because the world was cruel and made him like that.

Joker never fails to fascinate the audience. He is the greatest comic villain created till now. As one of the most prominent criminals that operate within Gotham City, the Joker utilizes Batman’s weaknesses and works on pushing him up to his limits.

Even though Batman has sworn never to kill, The Joker forces him to do so. Here are some wonderful Joker quotes which we have collected from multiple sources and would tell you about Joker and his real character.

1. “The only sensible way to live in this world is without rules.” 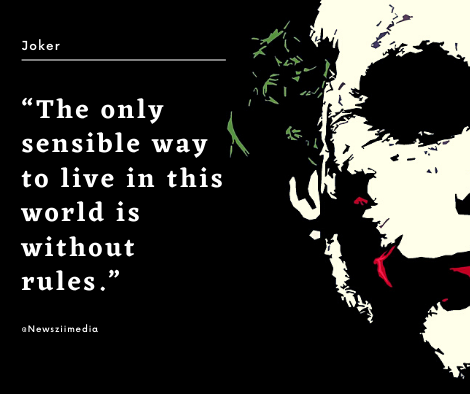 3. “What doesn’t kill you, simply makes you stranger!”

4. “They need you right now, but when they don’t, they’ll cast you out like a leper!”

5. “As you know, madness is like gravity…all it takes is a little push.”

6. “We stopped checking for monsters under our bed, when we realized they were inside us.”

8. “When the chips are down, these civilized people, they’ll eat each other.”

9. “Nobody panics when things go “according to plan”. Even if the plan is horrifying!”

10. “Haven’t you ever heard of the healing power of laughter?”

11. “They Laugh At me Because I’m Different. I laugh At Then Because The’re all the same”

12. “Why don’t we cut you up into little pieces and feed you to your pooches? Hm? And then we’ll see how loyal a hungry dog really is.”

13. “And I won’t kill you because you’re just too much fun. I think you and I are destined to do this forever.”

15. “If the police expect to play against the Joker, they’d better be prepared to be dealt from the bottom of the deck!”

16. “Maybe we can share one. You know, they’ll be doubling up, the rate this city’s inhabitants are losing their minds.”

17. “See I’m a man of simple taste. I like things such as gunpowder…dynamite and…gasoline!”

18. “I’m only laughing on the outside. My smile is just skin deep. If you could see inside, I’m really crying. You might join me for a weep.”

19. “Rumour has it, Christmas is a time to share with family.”

21. “Nobody panics when things go according to plan, even if the plan is horrifying!”

23. “It’s funny, when I was a little boy, and told people I was going to be a comedian, everyone laughed at me. Well, no one’s laughing now.”

24. “The strongest hearts have the most scars!”

25. “Sometimes you have to play the role of a fool to fool the fool who thinks they are fooling you.” 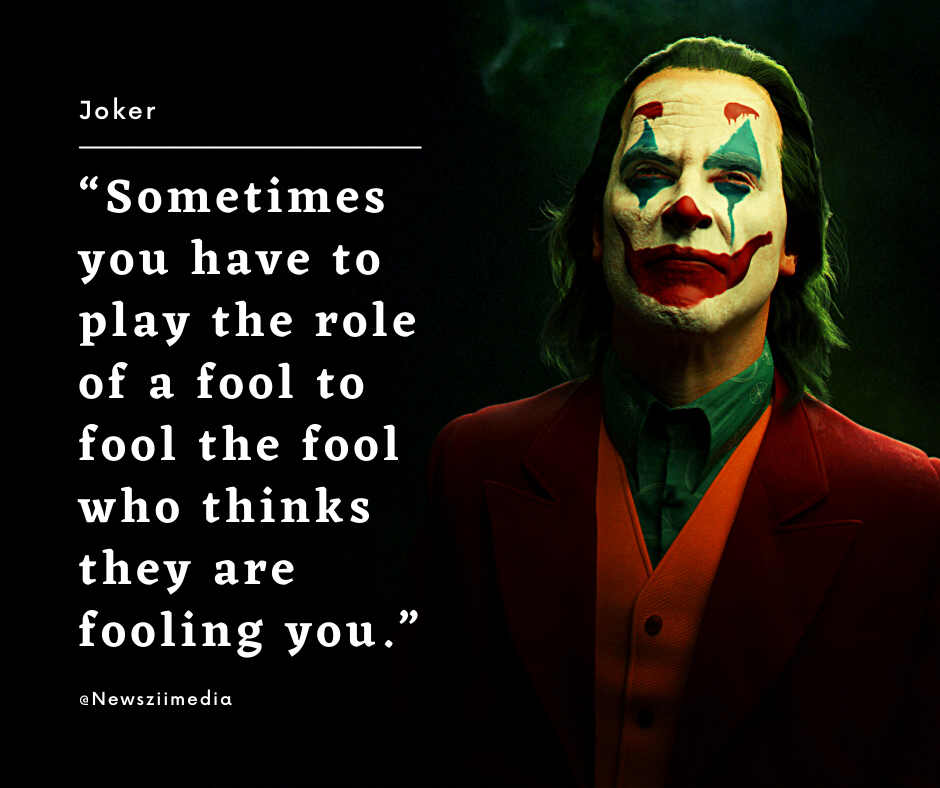 26. “The worst part of having a mental illness is people expect you to behave as if you don’t.”

27. “For my whole life, I didn’t know if I even really existed. But I do, and people are starting to notice.”

28. “I hope my death makes more sense cents than my life.”

29. “Don’t let anyone ever make you feel you don’t deserve what you want.”

30. “I know the voices in my head aren’t real, but sometimes their ideas are absolutely awesome.”

31. “If you make decisions based upon people’s reactions or judgments then you make really boring choices.”

32. “A little louder, lamb chop. I think you may have a collapsed lung. That always impedes the oratory.”

35. “I’m not good at future planning. I do not plan at all. Don’t know what I’m doing tomorrow. Do not have a day planner and don’t have a diary. I completely live in the now, not in the past, not in the future.”

38. “Those mob fools want you gone so they can get back to the way things were. But I know the truth: There’s no going back. You’ve changed things forever.”

39. “For my whole life, I didn’t know if I even really existed. But I do, and people are starting to notice.”

40. “You look good. Been working out? You could probably use a little sun. Then again, who am I to talk?”

43. “Live…and in person! The Caliph of Clowns, the Grand Mogul of Mountebanks, the one and only Joker! Prerecorded for this time zone.”

44. “Everybody just yells and screams at each other. Nobody’s civil anymore. Nobody thinks what it’s like to be the other guy.”

45. “All it takes is one bad day to reduce the sanest man alive to lunacy. That’s how far the world is from where I am. Just one bad day.”

46. “There’s plenty wrong with me. Take my blood, for example. I wish somebody would—this stuff is killing me!”

47. “I make art until someone dies. See? I am the world’s first fully functioning homicidal artist.”

50. “A bit of advice…don’t ever apologize to no one for the way you look.” 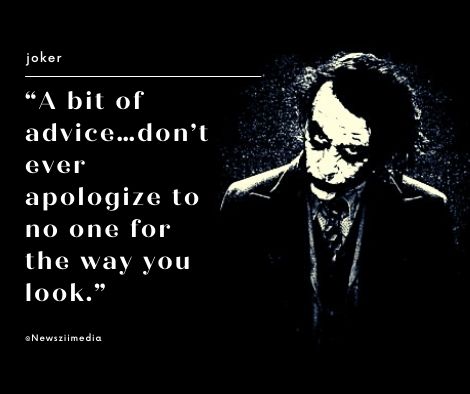