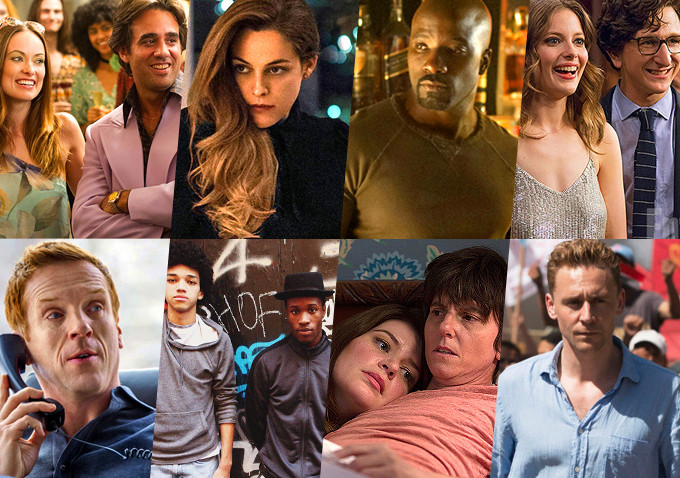 When it comes to the success TV shows the past year was a memorable one with more than 532 shoes premiering on various platforms.

This has paved the way for increased expectations of the viewers as they wish for new and better content being offered their way.

The new year is already there and people are waiting with bated breath. Here we tell you some new TV shows that would premiere in 2020.

Opening on January 17th, this episodic sees Otis back in action. Though the son of a sex therapist he is still quite repressed in those terms.

The last season saw him conquering the fear and now he is back with a new relationship and some more concerns to tackle.

Writers of series “Big sick” bring together this series about the immigrants in America. Sort of an anthology of stories the series shares their human stories which could range from pain to success.

It is expected that there would be an improvement over Big Sick as the trailer looks promising.

After his political satire Veep drew the right laughs the director is looking for some fun in space. Hugh Laurie is the captain of the luxury space cruiser and he is accompanied by Josh Gad who is the owner.

Supported by some other actors the situations are going to be funny and the response is expected to be great.

HBO brings the Larry David shows season 5 as viewers anticipate getting to see some of their favorite stars on air this time.

Wait for Jon Hamm, Fred Armisen, and Isla Fisher as they are all expected to appear this time around.

A series about three women trying to make a foray into the fashion industry may seem boring but this one is not.

This version shows what happens when Jacqueline is thrown out of the magazine and how these three take it.

It seems we cannot have enough of Star Trek and this time Picard comes back. Though initially he is shown enjoying a peaceful retirement he must get back in action soon.

The usual i.e. Data and Commander Riker make a re-entry and the shows look enticing.

Our most loved witch is back but with a gory past behind her. Despite defeating Lucifer in last season, she is now handled with the toughest task of all.

Her boyfriend is in clutches of the underworld and she must do something soon.

The Daniel Radcliffe and Steve Buscemi comedy generated enough laughs in last season and now they are back again.

This time though these angels must go to earth and live like normal humans thus leading to utter chaos.

An animated series this one is the final season. So only the last few episodes before this series is completely over.

The first season had quite an interesting end and we hope to see some more turnaround coming this year.

The Nine-nine is back and how. It is their season 7 and this time they are accompanied by Vanessa Bayer as a guest.

She is Captain Holt’s new partner and is sure to kick some punches.

The third season of this menacing series sees some new sinners trying to make life’s tough for others.

An investigation of a car accident reveals some horrifying tales that are difficult to fathom. Bill Pullman is back as the detective accompanied by some new and old faces.

Based on a fantasy-horror comic this series has not been easy to conceive. After much deliberations, it is there on Netflix.

Expect some action from a trio of three demon-fighting siblings and the supernatural is going to leave you spell bound too.

A group of devs starts working on a game that is just about to transcend all levels of gaming this series is bound to impress.

It sees veterans like Rob McEljhenney, Charlie Day and Megan Ganz coming together and the director stars as the main lead i.e. Ian Grimm.

Just when you thought the series was over it is coming back again with its eight seasons. However, this is going to be the last one for sure.

This time the visuals are more engrossing and the action promised is a notch higher as well.

The second season of the series is back and Felix Gallardo is in top form. He is again being investigated and this time the battle is going to be tougher as he must deal with Walt Breslin a high-level agent.