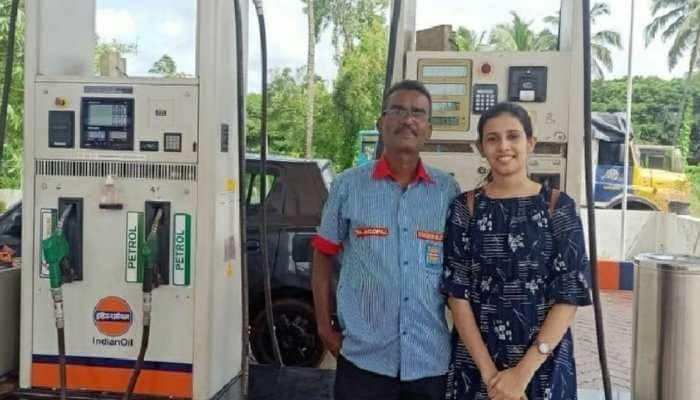 Isn’t it the greatest feeling to know that all your efforts have resulted in a positive outcome? When others are impressed by your efforts, the satisfaction increases.

We are talking about this as Indian Oil Corporation Chairman Shrikant Madhav Vaidya posted an adorable tweet regarding the daughter of a petrol station attendant and it went all over social media.

Arya Rajagopalan has been accepted to IIT Kanpur for higher studies and her story of inspiration was published by the chairman.

Let me share an inspiring story of Arya, daughter of #IndianOil‘s customer attendant Mr. Rajagopalan. Arya has made us proud by securing entry in IIT Kanpur.

All the best and way to go Arya! pic.twitter.com/GySWfoXmQJ

In the post that has gone viral, Arya can be seen in a photo with her father. Her father was a modest customer service representative in one of the Indian Oil stations in Kerala. Arya has been able to get into IIT Kanpur for her higher studies.

“Let me share an inspiring story of Arya, daughter of Indian Oil’s customer attendant Mr. Rajagopalan. Arya has made us proud by securing entry in IIT Kanpur. All the best and way to go Arya,” wrote Vaidya in the caption of his post.

The photo, since it was uploaded, has been liked by more than 12,000 people. Union Minister for Petroleum and Natural Gas Hardeep Singh Puri also expressed his gratitude to the girl as well as her father.

IAS official P Manivannan tweeted and also sent him his very best wishes for the father-daughter pair. The comments have been flooded in praise of the hard-working girl.