British Royal weddings must follow a particular set of traditions which have to be adhered to. With the approaching of the famed marrige of Prince Harry and Meghan Markle , millions would be glued to know how it all happened. 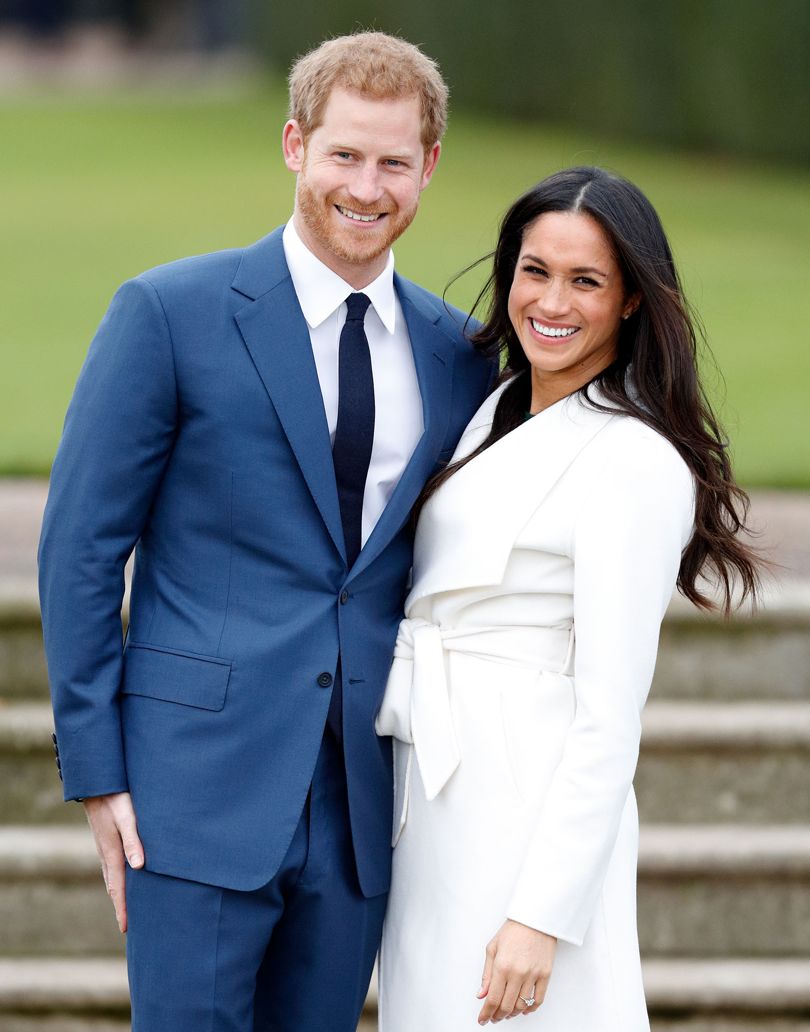 From the Bride Meghan Markle’s dress to her hair and appearance everything would be analysed.

Even though there is a huge pressure to follow all the ancient tradition the present day princes may care a little less about the same.

Let’s have a look at some insane royal British wedding rules they would be still forced to comply with.

1. No marriage with Catholics 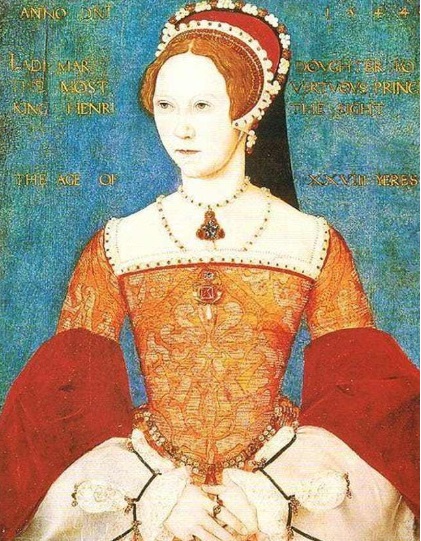 Even until 2013 the royals were not supposed to marry a person with Catholic affinity. This was probably because Henry VIII’s daughter Mary who killed many Protestants to bring forth Catholicism in front. However, now the craze has ended and Prince Harry is allowed to marry a catholic Meghan and even have kids with her who would also be treated as royalty.

2. Queen will not attend if you are marrying a divorcee 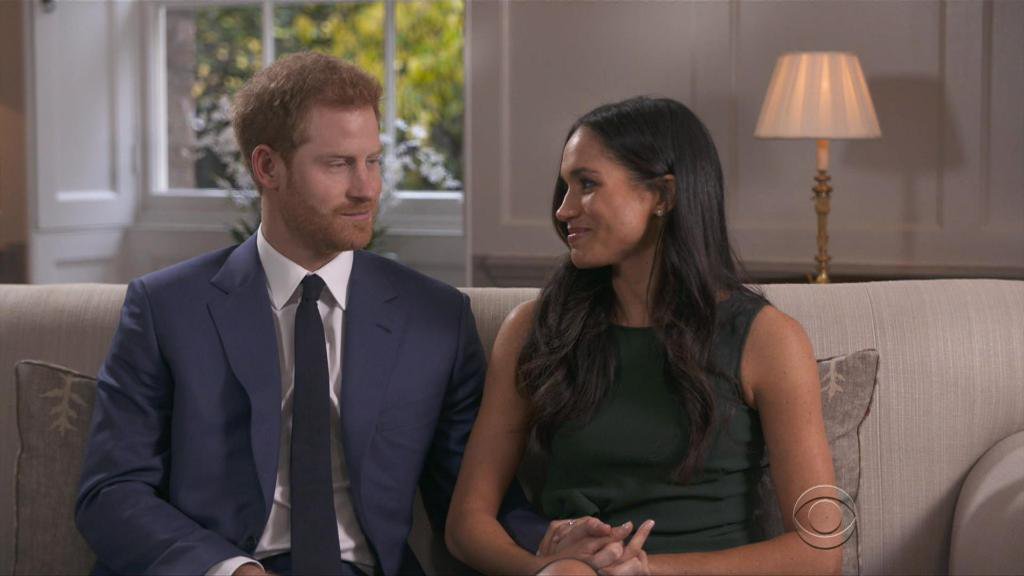 This is the strangest of them all. In case you are marrying a divorcee, the Queen would not attend your wedding.

When her son remarried the divorcee Camilla Parker Bowles she remained away and now when Prince Harry is set to marry a divorcee she is going to follow the tradition.

3. Royal bouquet needs to have a sprig of Myrtle from a special bush 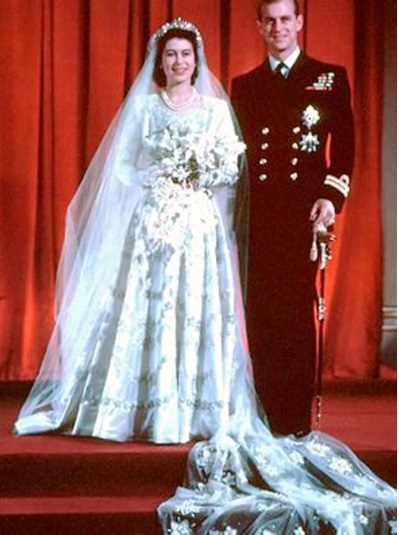 When Queen Victoria got married her bouquet had a sprig of Myrtle from a bush that she had got planted. Ever since each one of the brides needs to have a sprig of the same bush as part of their wedding bouquet.

4. Bride’s ring should be from Welsh Gold 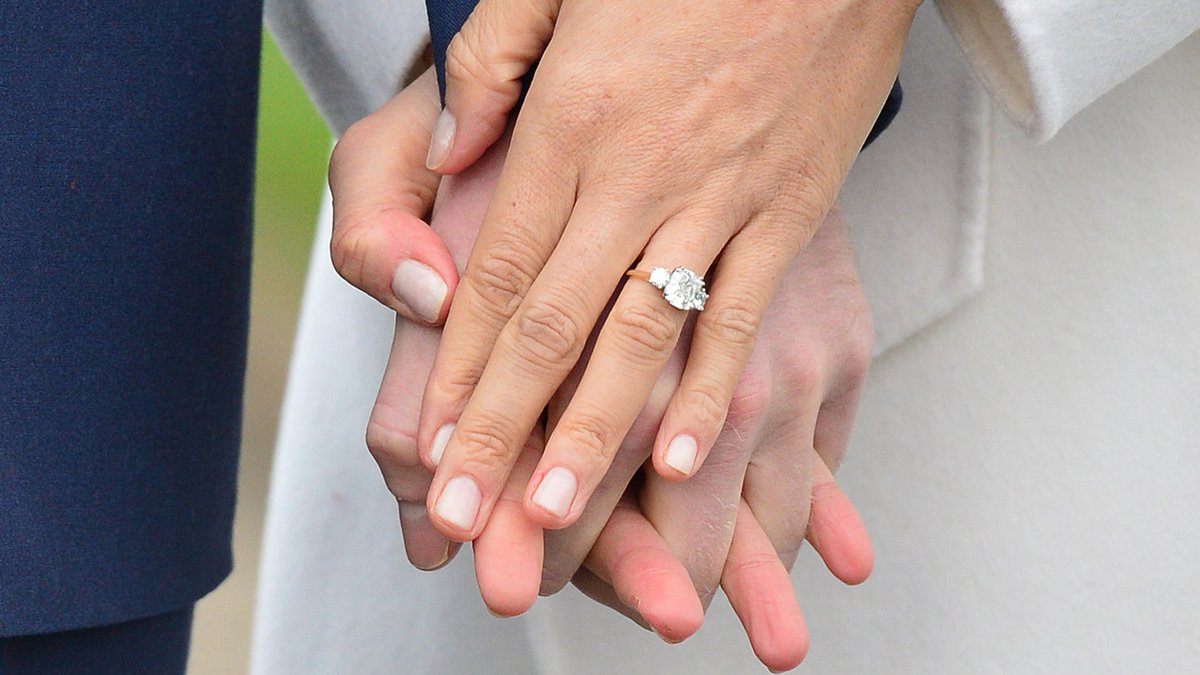 Ever since Queen mother married in 1923 all the bride’s rings have been made out of Welsh Gold. Since then all the rings that have been made have used the same nugget. But now that the nugget is over a new one would probably be used to make the ring. 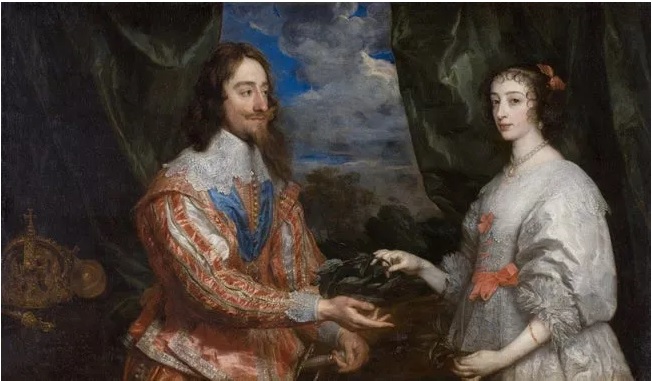 A little-outdated tradition it originated in the 17th century and even till now Menus are written in French. Fading with time as the dishes made during Prince William and Kate’s wedding were mostly British.

6. Your wedding cake would be a fruitcake

The royal wedding cake which is prepared comprises raisins, almonds, cherries and marzipan even though the modern royalty is experimenting with other flavours too. When Elizabeth II got married in 1947 she started a tradition of donating the cake to school children. Replicating the same William and Kate did the same in 2011.

7. No tossing of bouquets 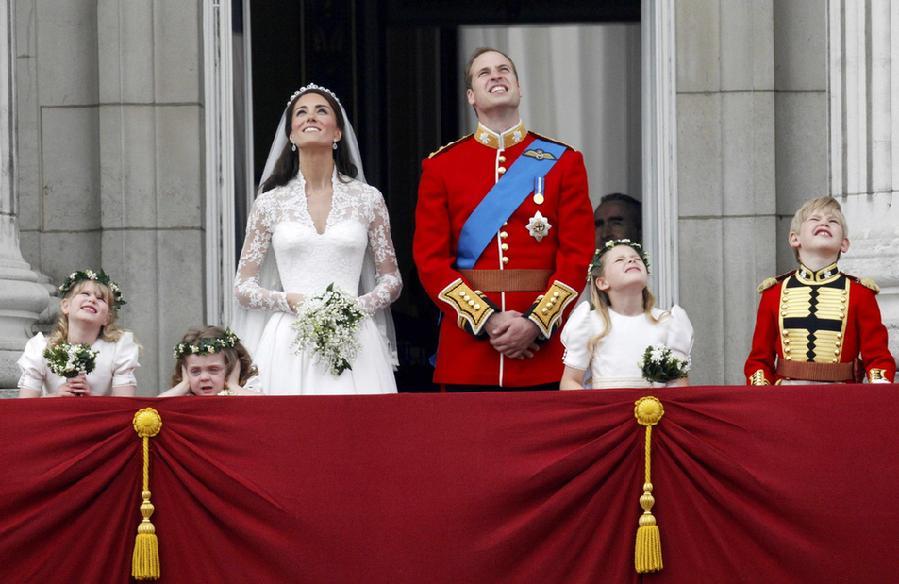 For commoners tossing the bridal bouquet was originated to let the bride escape from the clutches of women who wanted a piece of her dress to get some good luck. However, the Queen mother changed the tradition when she laid her bouquet on her brother’s tomb. 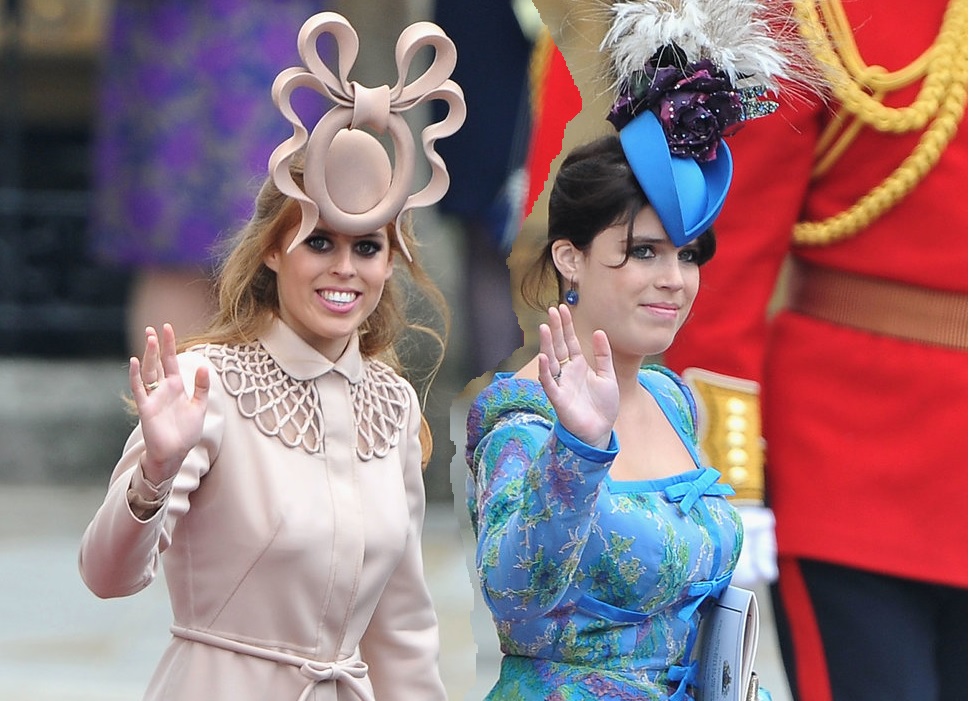 It is mandatory for British women to adorn hats wherever they go. If it is a royal wedding then it is assumed that the tradition cannot be broken.

9. The wedding breakfast happens at noon 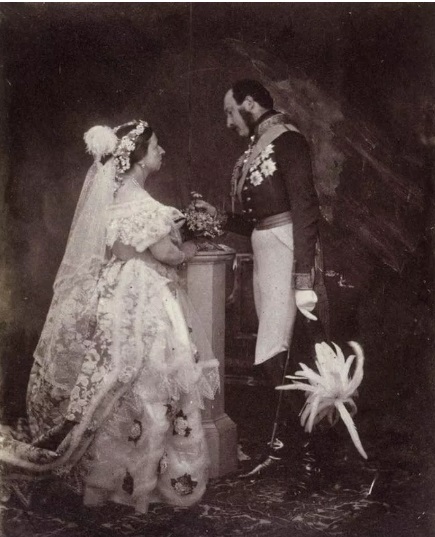 Even though Queen Victoria brought forth many wedding traditions the white wedding dress is the most popular of them all. Going against common opinion she wore a white wedding dress on her wedding as a symbol of purity and she hoped other brides would follow. She also wanted her lace to show prominently on her dress and hence the choice of colour white. 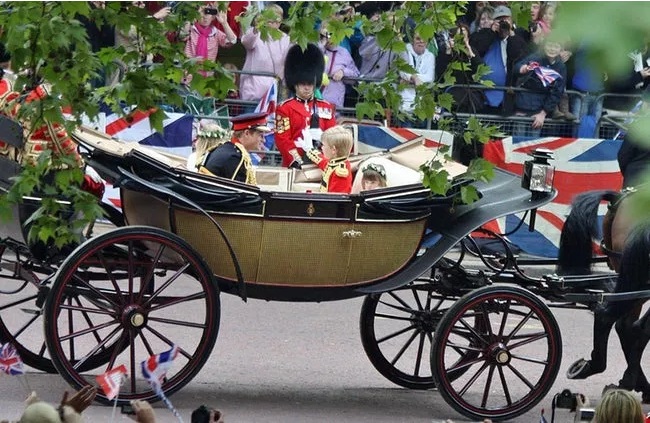 Just like commoners the royal Prince also gets to enjoy his last days of bachelorhood with his male friends just a few days before the wedding. While Prince Charles had a traditional stag party just 6 days before his wedding Prince William had a full weekend off at a manor with his friends. 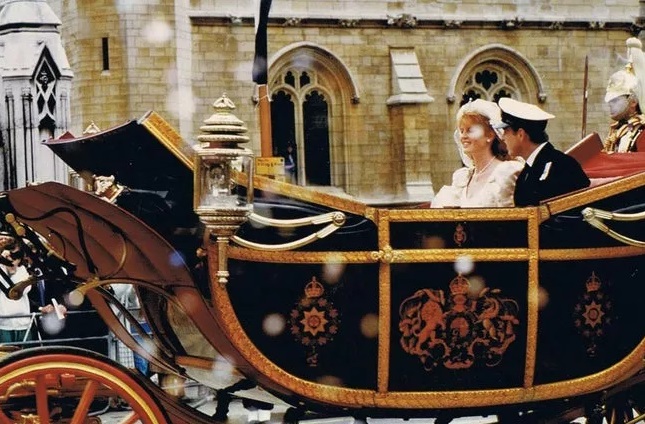 Even the bride is entitled to have some fun before the wedding. However, the tradition of a hen party started only in 1980’s when Sarah Ferguson wife of Prince Charles’ brother Andrew partied at a famous London nightclub.

13. Getting married in an Anglican church 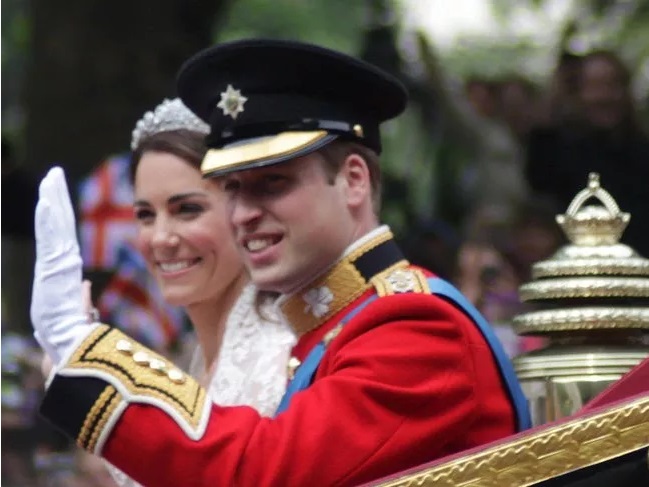 If you are a royal your wedding would only happen in a church. The choice of the church though can change. In the initial years, the weddings were conducted in St James Chapel however the space constraint made it lose its favour.

William and Kate and Princess Patricia got married in the famous Westminster Abbey. The new couple Prince Harry and Meghan would say their vows at St George’s chapel which is in Windsor castle.