From a firebrand journalist to an influential political leader who played a major role in shaping the Marathi identity, Balasaheb Thackeray’s journey is also the story of birth and evolution of Shiv Sena. The film chronicles the life and times of the charismatic leader whose legacy continues to live on through his words and deeds.

Film Thackeray portrays how an Artist becomes a powerful political leader. The film is bold and powerful. @Nawazuddin_S one of our finest actors roars like a tiger.. Congratulations to @rautsanjay61 and @RKpanday1977 .

Yesterday I remembered with an attitude of gratitude, the tallest leader of Maharashtra, father figure to many the legend #BalaSahebThackeray on his birth anniversary. Reminiscing his fascinating personality & great oratory skills. He was a gifted cartoonist & a fearless leader. pic.twitter.com/JjjKOVVzle

The film is bold and powerful.” The October director referred to Nawazuddin as one of the “finest actors” in the film industry and added, “Nawazuddin Siddiqui is one of our finest actors, roars like a tiger..

The 45-year-old director added, “Nawaz is an outstanding actor and I think everyone says the same thing about him after the release of each of his films.”

Nawazuddin Siddiqui starrer Thackeray hit the big screens today and the audience is lining up to see how the versatile actor has portrayed late Shiv Sena supremo Bal Thackeray on celluloid.

The Abhijit Panse directorial has been creating waves ever since the project was first announced. Now only time will tell if the biopic will live up to the hype. In an earlier interview with indianexpress.com, Nawazuddin had said that he doesn’t want to open all his cards prior to the release.

“I felt a lot of pressure, for almost a month. I wasn’t myself, I was very nervous. I was not sure if I would be able to do justice to such a huge personality. However, as time went on and I started preparing for this role, things became easier,” Nawazuddin had earlier told indianexpress.com in an interview.

Thackeray also features Amrita Rao and Sudhir Mishra among others in pivotal roles. The dialogues have been written by Arvind Jagtap and Manoj Yadav with a screenplay by the director himself. 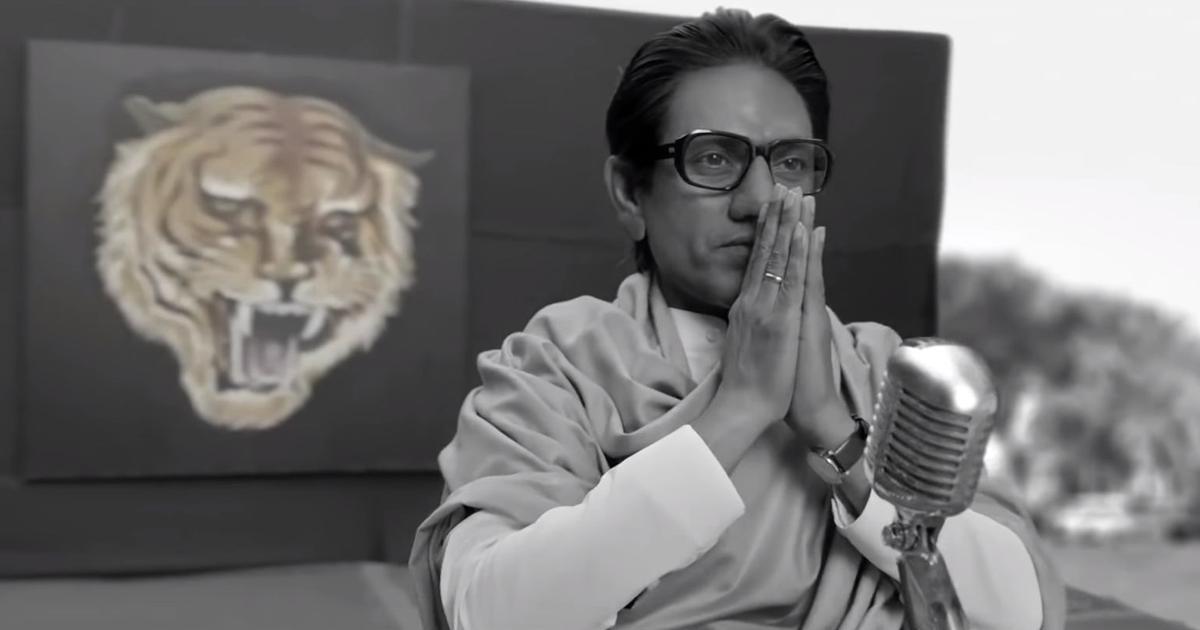 Nawazuddin Siddiqui rattled his audience with the raw portrayal of Urdu iconoclast Saadat Haasan Manto in the biopic Manto. The film exposed the gaping wounds of religious intolerance, censorship, and the fight of the individual soul against powerful forces – pressing issues from the 1940s that are far from healed even today.

In fact, Manto was famous for his crippling satires on the turbulent relationship between India and Pakistan. What was important for Manto was not nationalism or regionalism. He just wished for more humanity in this world.

Nawazuddin Siddiqui pulled off an exemplary portrayal of the writer in the film directed by Nandita Das, and proved how relevant Manto still was in today’s times of turmoil and disarray.