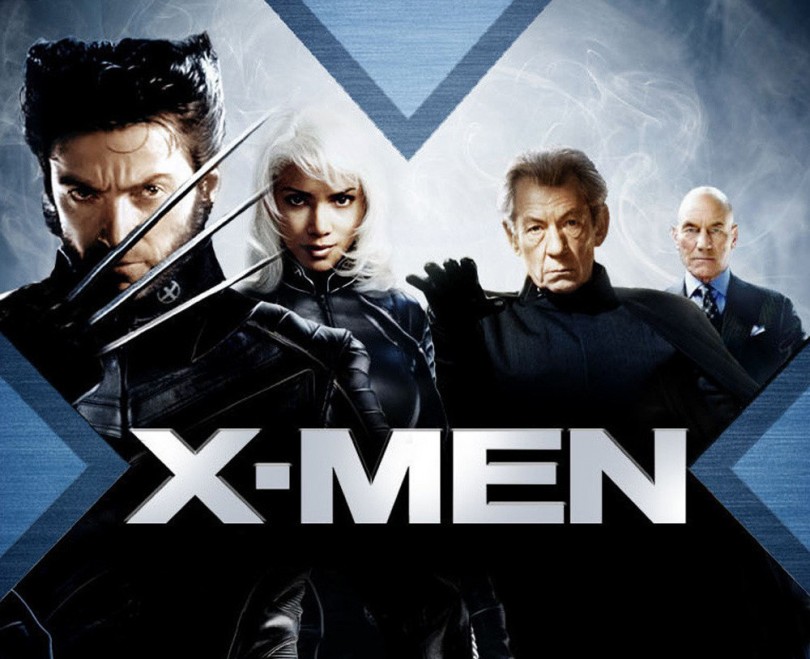 In the near future, when children are being born with a special X-factor in their genes, giving them special powers and making them mutants, the seeds of a new Holocaust are being sown by Senator Robert Kelly. The situation brings into opposition the fellow mutants and former friends, Erik Lehnsherr, a.k.a. Magneto, and Professor Charles Xavier.

While Xavier wants a peaceful means of stopping the hatred toward mutants, Magneto seeks to even things out with a machine that would speed up the mutation process in all humans, making everyone equal. To stop Magneto, Xavier brings together a special group of mutants called “X-Men” to stop him.

In the meantime, two mysterious mutants emerge: Logan, a powerful and aggressive mutant with no past, no memories, and a young girl named Rogue. Their quests for identities eventually land them in the sights of Xavier and Magneto, but for what purpose?

3 Stars. Wolverine goes the extra mile. Push his buttons, and retractable talons erupt unbidden from his knuckles. Never mess with Wolverine if you can talk things out instead. Wolverine is just one of the specially equipped “mutants” in Bryan Singer’s “X-Men,” the Marvel comic turned amusing and eye-popping movie in which these super-evolved beings learn to harness their “gifts” – sometimes for good, sometimes for evil.

The powerful allure of the comic book and its spin-offs is that the mutants, although of all ages, are not unlike kids who get bullied in the schoolyard for being different, slower, unable to fit in.  Where is the adolescent who hasn’t felt so gripped by roiling emotion that it’s a wonder metal claws don’t spring from his knuckles? The mutants’ gifts are metaphors for different ways of dealing with the raging hormones and bodily changes of the “tween years.

After an opening sequence set in World War II Europe, this 2000 SF action adventure and allegory about the danger and irrationality of racism moves to a congressional witch-hunt in the U.S. sometime in the 21st century. The main characters, mutant superheroes introduced in 1963 by Marvel Comics, are shape-shifters, cyborgs, and telekineticists; they may have been dreamed up without the use of computer-generated imagery, but their behavior certainly lends itself to the technology.

An idealistic mutant (Patrick Stewart) and a cynical one (Ian McKellen) compete for the support of other mutants, including a loner who sprouts lethal metal claws when angered or threatened and a teenager whose power is also a curse—she drains other people’s energy merely by touching them.

Exciting mainly because anything can happen and does, the movie drags a bit as it approaches a climax set on top of the Statue of Liberty. But once there it revives, in part because the sequence perfectly combines the tongue-in-cheek, the earnest, and the righteous. Bryan Singer directed a screenplay by David Hayter; with Anna Paquin and Hugh Jackman. 96 min.

“X-Men,” adapted from Stan Lee’s enormously popular Marvel Comics series, spins out a complicated story, but all it really wants to know is, Why can’t everybody just get along? Mutants can pass for regular folks. Because their DNA evolved at hyperspeed, however, each of them has developed a superpower he or she can use in the service of good or evil. At the outset of “X-Men,” a braying senator (Bruce Davison) denounces the mutant underclass as a threat and calls for a kind of witch hunt. This hurts a lot of mutants’ feelings. The imperious bad-guy mutant Magneto (Ian McKellen), who can do cool stuff to metal with his mind, moves to silence the senator, and prepares his followers for war. Thank heavens for the good-guy mutants. The telepathic Professor Xavier (Patrick Stewart) has followers of his own–among them Rogue and Wolverine–and soon the two mutant factions are battling atop the Statue of Liberty.