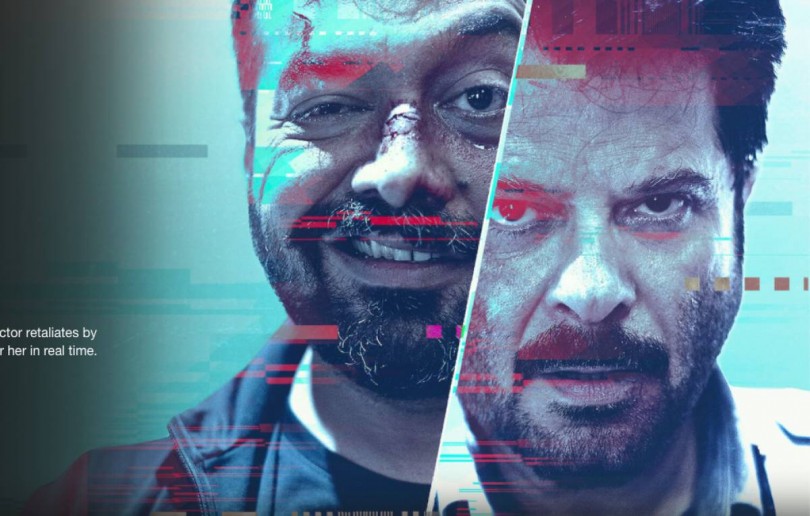 A filmmaker kidnaps the daughter of a movie star, and while the star searches for his daughter the director films the desperate search in real time for his next blockbuster movie.

A ‘flop’ director. A successful long-time star. And a tale which is both real and not-real, borrowing from the real-life personas of the two main protagonists: Anurag Kashyap, and Anil Kapoor, the former, brash, outspoken, movie-mad creator of dark matter; the latter, amazingly fit, still working, still in demand.

Anil Kapoor and Anurag Kashyap might not like each other in Netflix’s AK vs AK but when it comes to real life, the duo share cordial relations. On Anil Kapoor’s 64th birthday, filmmaker Anurag Kashyap shared a few throwback pictures along with an adorable note for the veteran actor.

Anurag Kashyap began his note by writing: “Today when AK vs AK is releasing … I want to put out these pictures of our launch of the most prized AK (Allwyn Kalicharan) the film that never got made and Vikramaditya Motwayne and Avinash Sampat made it the basis for the ever experimental, genre defying Motwane’s yet again “FIFTH FILM by VM”… All I want to say is Thank you Mr Anil Kapoor.

More like a deranged Dogme 95 experiment than the salacious Bollywood slugfest that was promised by its misguided marketing campaign, AK vs AK is an inventive but inconsistent film that achieves moments of movie magic, but often struggles to maintain the integrity of its internal logic.