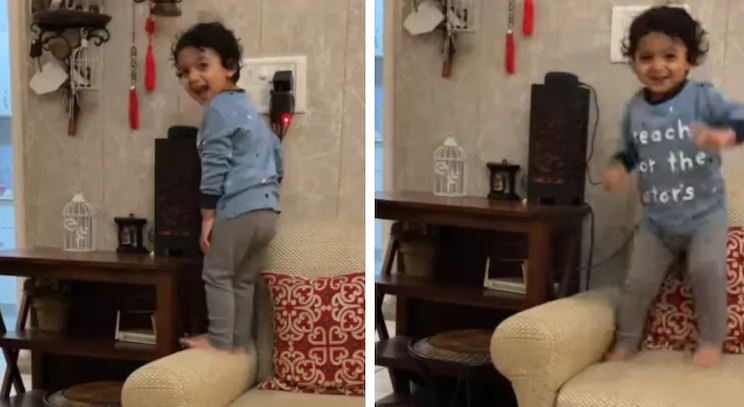 Videos of toddlers and babies performing the most routine tasks are always a joy to watch. Some are simply too cute for you to resist while others are hilarious. The video of an infant giving instructions to Alexa, which is a cloud-based voice service offered by Amazon, is currently making the rounds on the Internet. It was posted via an Instagram account Tintin Ka Bacha, the video is simply fun to watch.

In the video, a young boy, who is named Kabir Sood, is watching as he tries to instruct Alexa to perform the famous Mukesh track, Dum Dum Diga Diga. The way the child pronounces the name of the song will surely win your hearts. As soon as the fun song began to play the child looked at the camera, displaying a big smile and moved with his signature style.

In the next footage, Kabir also asks Alexa to play the Banana Boat song. Unfortunately, Alexa couldn’t understand the instructions. The adorable baby was listening to what the device was trying to speak, and his mother was laughing behind the camera. A few minutes later, he could guide the device correctly in playing The Banana Boat song and he was thrilled.

Dum Dum Diga Diga is the most famous song by Mukesh from the 1960 film Chhalia. The film starred Raj Kapoor and Nutan in the leading roles. The music was composed by Kalyanji and Anandji.