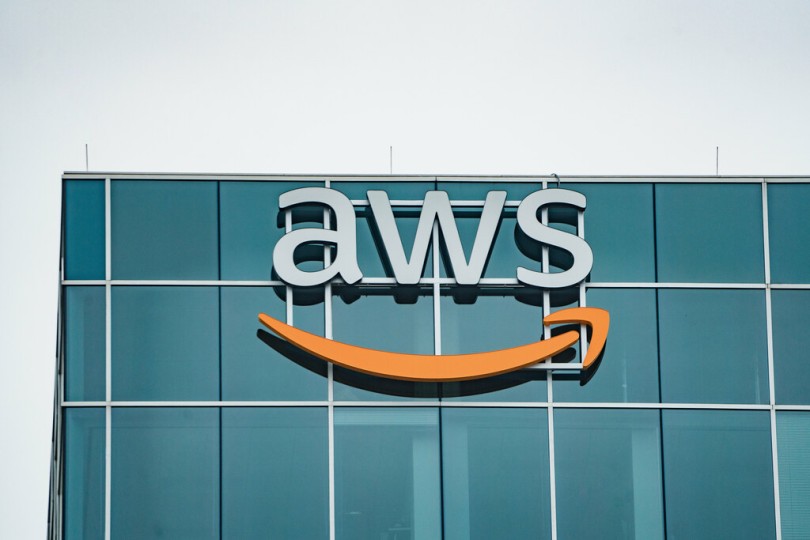 AWS or Amazon Web Services is one of the most popular cloud computing platforms that has been used by many IT industries, banking sectors, food industries, etc.

In 2021 the total share of AWS is around 32% of the market share. But still, AWS stands in the first position. In the blog, we will be going through the top applications of AWS and some use cases about it.

AWS is a cloud computing platform that provides multiple services to various kinds of customers by implementing a pay-as-you-go methodology. You can get further information from the AWS Certification.

There are various types of services provided by AWS.

Now let us discuss the AWS application that is used by different organizations:

1. Storage And Backup: Storage is one of the basic services that is provided by AWS. Some of the tools used for the storage in AWS are AWS S3, etc. so let us now discuss some key features required for the storage service:

a. Scalability: Let us take an example of a person called Mr.X who Started a food delivery company. As we know at the starting stages there are limited options of areas to deliver, limited restaurants, and limited users so their data is less.

But their food delivery business increased drastically in a few months and they want to increase their circle to other areas also.

Now Mr.X has chosen AWS storage services due to which the data can be stored easily and when there is an increase in data the memory is also scaled easily according to the requirements of the company. So there was no downtime and business went in smoothly.

b. Availability: Now let us take the same example, now if Mr.X is using the traditional way for storing data. Let us assume that the data of the company is missed then he may have difficulty in accessing the data.

These are some of the reasons why AWS is chosen by different organizations.

2. Big Data: This is also a data storage management issue faced by a lot of companies due to the storage of large amounts of data in traditional methods.

Now with the help of AWS storage services, any large amount of data can be stored and managed easily. AWS also provides easy access and retrieval of data.

One of the examples for providing this service is AWS EMR[Elastic Map Reduce] in which organizations can easily scale and manage big data. So most of the top companies will be choosing the AWS Storage services.

3. Enterprise IT: Traditionally for maintaining an Enterprise we need to take care of a lot of services like storage, scalability, security, data management, Availability, etc.

AWS is offering all the required services for the client to maintain their enterprise. Especially the usage of AWS tools in IT Enterprises we can save a lot of time and money as the production of the software will be fast and efficient to make proper profits.

As AWS being a cloud platform there is a lot of money saved by the organizations as they can deploy on the cloud which saves them from traditional setup costs.

4. Social Networking: In today’s world marketing is the main key to the success of an enterprise. Now Digital marketing came into the picture which changed the face of marketing. Using AWS organizations can get direct interaction with the customers to develop their business.

5. Mobile Applications: In today’s world everything is turning digital and most people are interested in having all the services in the form of mobile applications.

So AWS will help create the mobile applications of the desired language which we can provide all the services like compute, network, security, storage, and also auto-scaling feature to work on different types of devices.

6. Websites: Websites are also one of the go-to options for companies to provide their services. AWS is providing tools like Amazon Light sail which provides the services like Virtual machines, DNS Management, and static IP for the management of the website in an easy way. Amazon EC2, AWS Lambda, Elastic Load Balancing, Amazon S3, etc. also help users build reliable and scalable websites

7. Gaming: Gaming is also another business that is in trend now. AWS also provides services that help different games to provide a good gaming experience for the gaming websites.

We can include tools like EC2, S3, Cloud front tools that provide users a great gaming experience. This also encourages many companies to move towards the gaming sector.

Now let us discuss some of the Use cases of some companies that used AWS services:

As we know, to provide music as a service they need to manage a lot of data. As per the information provided On a single day, the Wynk Music app generates about 4 TB of data, which includes insights on how long a user has tuned in and what genre of music they listen to most.

This data is unstructured. Before consulting AWS the Wynk music app tried with Apache Hadoop with ansible software. But due to more complexities in the data, it became tough to manage.

After that, they consulted the AWS team for a more feasible and efficient solution for the management of their unstructured data. Amazon EMR is suggested for its service of big data and respective analysis.

Amazon EC2 is used to control the costs. Amazon Redshift is used for the data warehouse. Due to which the computing costs of Wynk music are reduced by 60%.

2. Pinterest Lens: Pinterest is an image-sharing cross-platform application that is used for images. Pinterest uses EC2 and S3 services for computing and storage. Now let us know in detail about them:

Pinterest has a Pinterest lens feature in the Pinterest application in which we snap an image and we will be getting suggestions of similar images from Pinterest. This feature is included using the machine learning concept.

The Pinterest application has a Pinterest ML engine that helps identify the objects of the images and returns similar image results. Now due to the rapid increase of active users over 37% of the last year.

The complexity of the data is increased. Now to ensure proper working of Pinterest lenses depends on the speed and scale. So AWS S3 is used by Pinterest.

Due to which scaling of the data is done automatically according to the requirements. The manageability and accessibility of the data also became easier.

Pinterest had its ML engine to support it AWS EC2 is used. It supports the ML framework so they are integrated to support the Pinterest lens for getting similar suggestions.

LG Thing platform is used to control LG Thing smart appliances using voice and mobile phones. This will help get individual analysis like at what time we take ice so that the ice will be ready in the refrigerator, etc.

AWS RDS is used as a database management service that is used to operate and scale. As we know to run these types of applications we need support from the cloud for operation so AWS EC2 is used for fast processes in the cloud.

4. GE Renewable Energy: GE Renewable energy is one of the world’s leading wind turbine suppliers. It has over 49,000 units installed and generates wind electricity across the globe.

As we said it is the largest supplier of wind turbines so they may have a lot of data for management like the data captured by the turbines by which they can estimate and analyze.

If any problem arises, using traditional manners to retrieve data takes a lot of time, so AWS S3 is used as its storage service for better management and analysis of data.

Amazon Redshift is used as a data warehouse service which is used for getting the analysis from the collected data. For example, GE Renewable energy has installed some turbines in India.

If a few of them were not working properly due to climatic conditions we can easily identify them by retrieving the data and try to solve the problem as fast as possible.

Using Amazon Web Services (AWS), it transformed itself into a digital technology company that was able to beat performance targets by up to 66 percent and complete 8,600 transactions per second via its point-of-sale (POS) system.

But due to the more number of customers, data handling is quite a tough job for them. So they have approached the AWS team.

McDonald’s uses AWS Redshift for the data warehouse management for collecting, scaling, and analyzing the data. Similarly, AWS Athena is also used for data retrieval and analysis. AWS EMR is used for the management of big data.

6. NetFlix: Netflix is an online video streaming platform that provides a variety of TV shows, movies, documentaries, etc. In the initial stage, it was only in the United states but when it went global there was a drastic increase in the number of users.

AWS DynamoDB is used for the management of the databases and scalability issue is also another advantage that AWS automatically scales up according to the requirements.

Netflix has adapted around 100,000 server instances from AWS for computing and storage databases, analytics, recommendation engines, and video transcoding as well.

7. Airbnb: Airbnb is an international community marketplace in which the property owners and travelers will be connecting for rental purposes in unique vacation places across the world.

After a year of launching the company had decided to move to the cloud computing platform. As they started to grow to support the demand 300 instances of AWS EC2 are used.

To easily process and analyze 50 Gigabytes of data daily, Airbnb uses Amazon EMR. For the database purpose Airbnb has changed its MySQL database to AWS RDS for better management of administrative tasks related to the databases.

It also uses Elastic load balancing for controlling the traffic of EC2 instances so that the users can use this platform without any downtime.

Novartis conducted a project which involved virtually screening 10 million compounds against a common cancer target in less than a week.

EC2 is used for building a platform on which multiple instances{10,600 spot instances } are used. S3 and EBS are used for data collection, management, and analysis. Even today Novartis is using various AWS services for bringing innovations for the patients.

9. Expedia: Expedia is an online travel agency platform that mainly focuses on the development of the user experience. The main problem faced by Expedia is they were not able to provide services globally.

They even got an error page which led to the site abandonment. The reason why they chose AWS is it is the only solution with the global infrastructure in place to support Asia Pacific customers.

They had decided to run ESS [Elasticsearch Service] for the customer’s comfort with quick and responsive service with minimal network latency.

10. NASA: National Aeronautics and Space association is a space research center that deals with data related to space.

NASA has created an image and video library which includes all the achievements regarding NASA.

This is managed by the web service office inside NASA. DSo they chose the AWS platform for this library. The features used are listed below:

So these are the tools used by NASA for the management of images and video libraries.

So, these are the few applications and use cases of AWS. AWS services were used by many organizations. This blog is aimed to provide some top companies that use AWS services which shows the market status of AWS. So if you want to be a part of any of the companies then AWS is a must-learn topic in your checklist.