Home » Evolution Of T-shirts Print Designs. What Is The Best Nowadays? 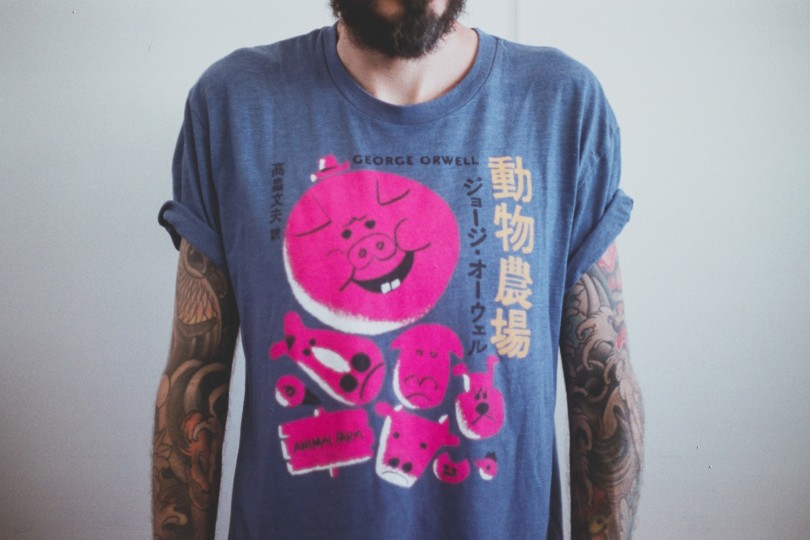 Even though printed T-shirts, which have now settled deep into our wardrobes and culture, didn’t appear until the middle of the 20th century, decorated apparel and print designs actually date back to much, much before that, with their roots traced all the way back to ancient China.

The first textile printing method is considered to be woodblock printing, which was invented in China around 220 AD, but didn’t reach Europe until the 1100s. This style of printing worked by carving relief designs into blocks of wood, which were then submerged in ink and then pressed onto fabric. However, as you might imagine, this method proved to be quite arduous and was replaced by more advanced methods, born out of the world’s all-around progress.

The Sung Dynasty, who lived in China between 960 and 1279 AD, are considered to be the founders of print designs. They used silk screen stencils, which is where the term silk screening comes from. Silk screening grew in popularity throughout Asia, and especially Japan, before it eventually spread to Western Europe in the late 1700s. However, because silk wasn’t a commodity that Europe had in abundance, silk screening didn’t pick up steam until later. 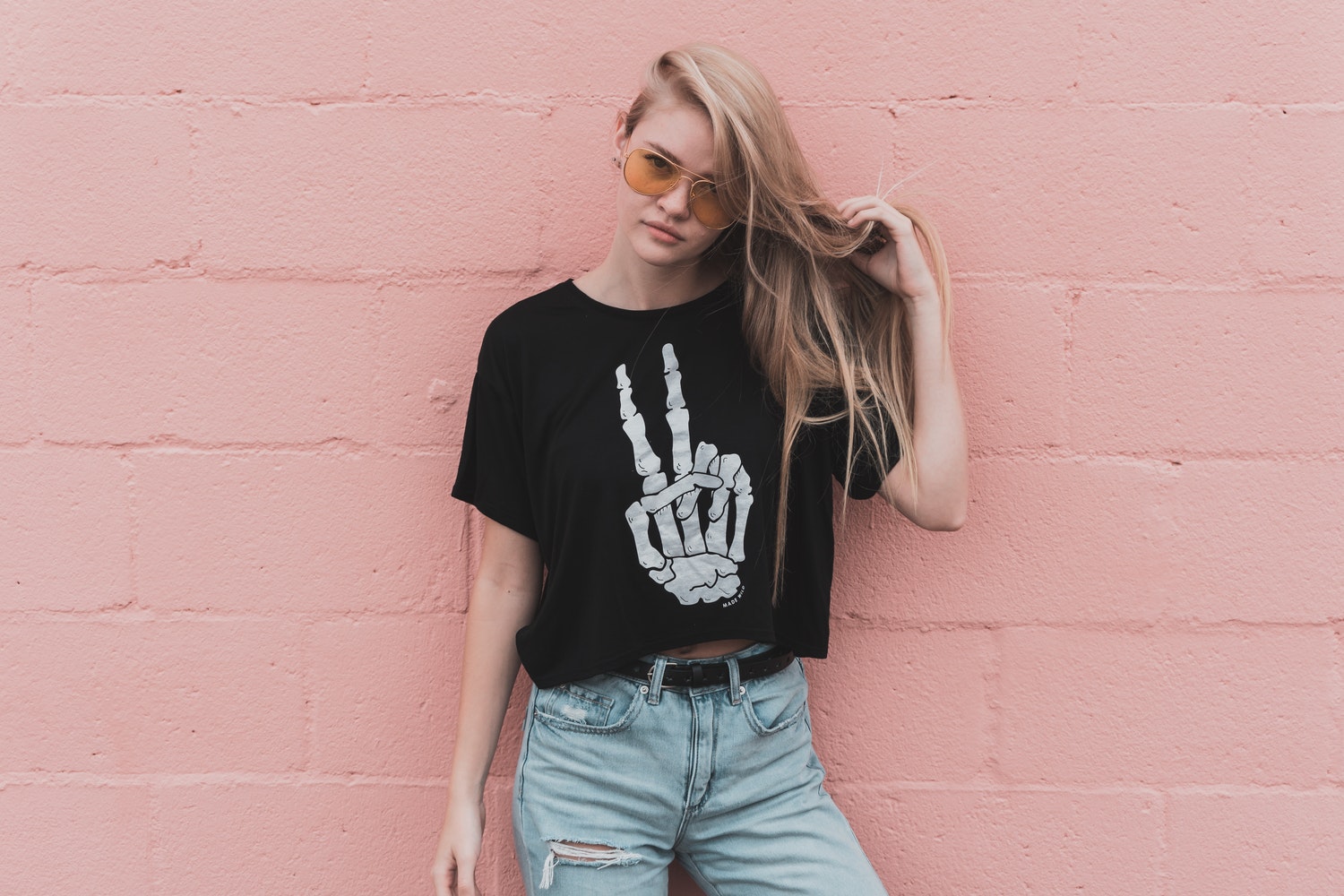 The huge leap in development of the British textile industry during the 18th century, which actually turned into the first case of industrialization, was the favorable environment that silk screening needed to eventually become an omnipresent practice many years later.

It wasn’t until 1907, with Samuel Simon patenting the first screen printing method in Manchester, when silk screening really gained some traction, and even then, it wasn’t T-shirts that were used as canvas, but rather wallpapers and expensive fabrics.

3. Print Designs As A Form Of Art And Media

The contemporary history of T-shirt print designs is defined by screen printing moving away from the strictly material world and toward the artistic one.

The foundation of this modern period didn’t start with Simon’s patent, but before that, at the World’s Fair in 1853, where the Japanese silk screens exhibited were perceived as works of art. Still, nearly a full century had to pass before T-shirts and silk screening finally collided.

Plain white T-shirts became popular in the U.S. around the beginning of the 20th century for their simplistic convenience and undemanding nature – exactly the kind of attributes that Navy sailors needed. It was around the same time that screen printing really started making bigger and bigger strides toward the art realms, with printers experimenting with light-reactive chemicals and combining them with gelatin to achieve a more defined look.

As a result, the National Serigraphic Society came into existence in the 1930s to promote screen printing as an art form and established a clear distinction between this craft and screen printing in industrial contexts.

Silk screened posters started being used by the WPA to promote landmarks and display messages, aimed at the general public. In the 1940s, screen printing became a creative way to spread propaganda during World War II, and grew into a form of media even after the war was over. 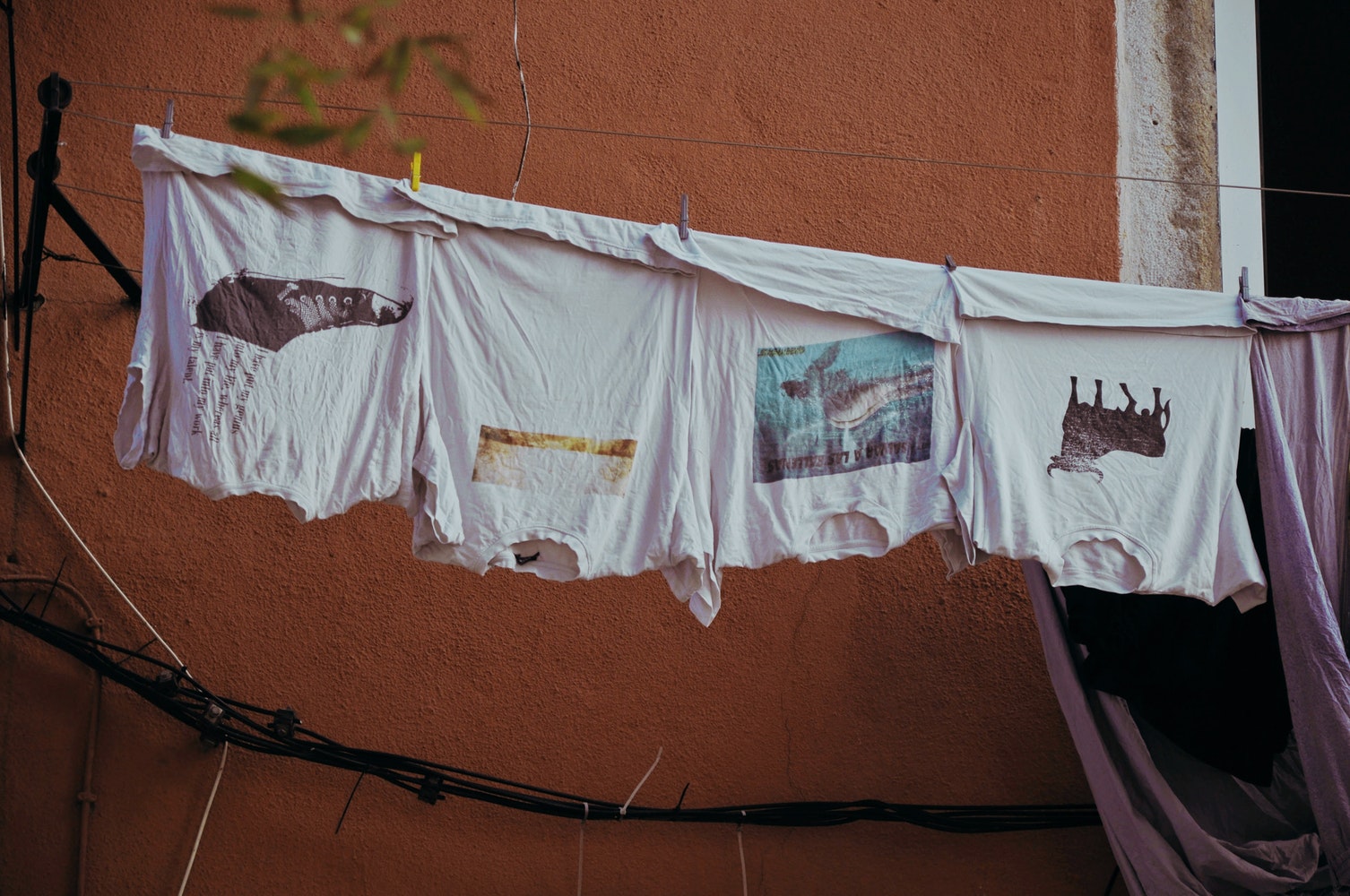 In the 1930s, T-shirts’ and print designs’ paths finally crossed in Miami., when gift store companies, located nearby the naval base, saw a golden opportunity in the sailors’ plain white T-shirts. The white undergarment was perfect for Florida’s warm climate, but they were too plain and reminiscent of underwear to be an actual fashion choice rather than one, dictated by convenience.

The companies sought to change that by spicing the T-shirts up. They started off small by printing the names of tourist destinations and attractions, and just like that, the first T-shirt print designs were born.

Printed T-shirts quickly caught on and soon spread to Hollywood, where movie stars gave them a validation unlike any other, the kind only celebrities could give. Brands and various establishments bought into the hype and started releasing their own collections.

By the 1950s, one thing was clear – printed T-shirts weren’t a fad, but a cultural phenomenon that was here to stay.

In 1960, Michael Vasilantone invented the first rotary multi-color garment screen printing machine. From there, everyone from rockers, to hippies, political activists and drugheads was wearing the printed T-shirts.

In the 1970s, some of the most popular designs included Coca-Cola, Che Guevara, Disney Characters, and different movie and TV themes. In was during that time when bands and album covers started appearing on people’s chest as a display of their personality and music tastes.

In the 1980s, while the previous designs still remained popular, it was political and philosophical statements that became the new rage.

From the 1990s onward, with the advent of the digital age, printed T-shirts have been as popular as ever. Companies use them as a highly cost-effective and conspicuous marketing tool, made all-the-more streamlined by the adoption of DTG (direct-to-garment) printing, whereas for the public, the opportunities for self-expression are virtually limitless.

No matter how much the world changes, and how many fads and persisting trends we get to witness, printed T-shirts are not going anywhere, especially considering the affinity for nostalgia that most people have in common, which is evident in the resurgence of the 80s zeitgeist. Print designs are arguably the easiest, cheapest, and most versatile way to make a statement, express your personality, or simply wear something you like.

In that sense, printed T-shirts are perhaps the one fashion trend anyone, regardless of social and cultural belongings, can find something in.