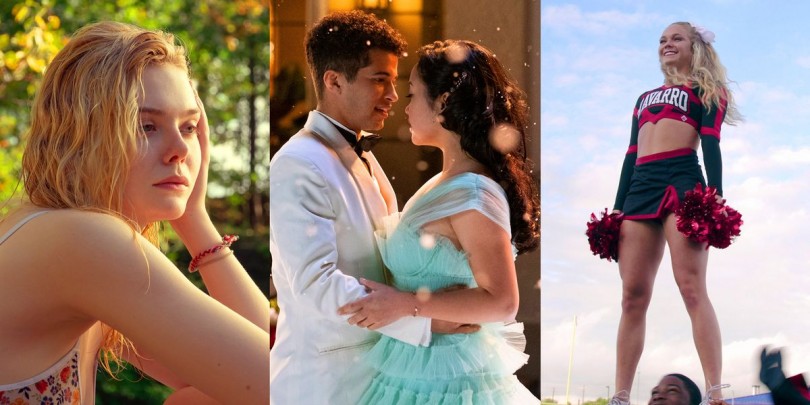 Netflix released many amazing original content in 2020, and did its best to keeps us entertained during the lockdown.  We have picked up 20 best Netflix original series of 2020 you should binge-watch in 2021.

3. Never Have I Ever

Story of a young ultra-Orthodox Jewish woman who flees her arranged marriage and religious community to start a new life abroad.

In and around Lucknow University in 1989, couples of varying ages explore the politics of love through marriage, budding romances and friendships.

A covert team of immortal mercenaries is suddenly exposed and must now fight to keep their identity a secret just as an unexpected new member is discovered.

Radha is a down-on-her-luck NY playwright, who is desperate for a breakthrough before 40. Reinventing herself as rapper RadhaMUSPrime, she vacillates between the worlds of Hip Hop and theater in order to find her true voice.

This film tells a story of Camp Jened and offers a unique perspective on equality. Lebrecht and Newnham discuss their initial involvement with the project and the way that it has impacted their lives as well as millions of viewers.

A refugee couple makes a harrowing escape from war-torn South Sudan, but then they struggle to adjust to their new life in an English town that has an evil lurking beneath the surface.

From a resurfaced sex tape to a rogue suitcase of money, four wildly different stories overlap at the whims of fate, chance and one eccentric criminal.

Chicago, 1927. A recording session. Tensions rise between Ma Rainey, her ambitious horn player and the white management determined to control the uncontrollable “Mother of the Blues”. Based on Pulitzer Prize winner August Wilson’s play.

Singles who want to be loved for who they are, rather than what they look like, have signed up for a less conventional approach to modern dating.

In this multi-generational drama, a Taiwanese factory worker leaves his homeland to seek opportunity in America, where he struggles to find connection while balancing family and newfound responsibilities.

Full of misgivings, a young woman travels with her new boyfriend to his parents’ secluded farm. Upon arriving, she comes to question everything she thought she knew about him, and herself.

The film follows a small town cop who is summoned to investigate the death of a politician which gets complicated by the victim’s secretive family and his own conflicted heart.

A group of small-town young men run a lucrative phishing operation, until a corrupt politician wants in on their scheme — and a cop wants to fight it.

Tyler Rake, a fearless black market mercenary, embarks on the most deadly extraction of his career when he’s enlisted to rescue the kidnapped son of an imprisoned international crime lord.

Clancy, a spacecaster with a malfunctioning multiverse simulator, leaves the comfort of his home to interview beings living in dying worlds.