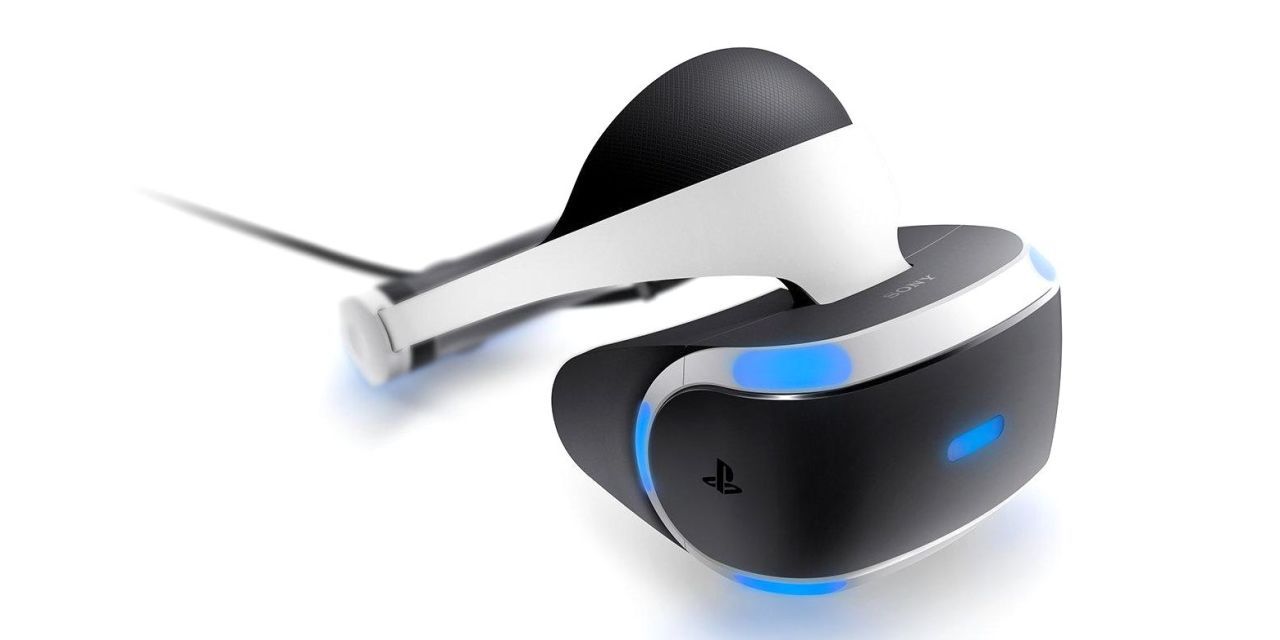 Virtual reality is gaining popularity quickly, but the market is still relatively new, so it can be hard to know what to look for when buying a headset. The best VR headset is not an easy thing to pin down in 2018, especially with so many new VR headsets coming to the market – and great deals on high-end headsets appearing all the time.

Premium VR headsets for PC gaming are now much more affordable thanks to permanent price drops, which makes it even trickier to choose the best VR headset for you. In addition to the price drops, more advanced VR headsets have come to the fore with the whole new category of standalone VR headsets.

To add to your surprise, you can experience virtual reality for as little as $15, but if you really want to up your game, here are the best headsets on the market now. To help, we’ve compiled a list of the best VR headsets that will work for just about anyone looking for a piece of augmented reality. Lets have a look 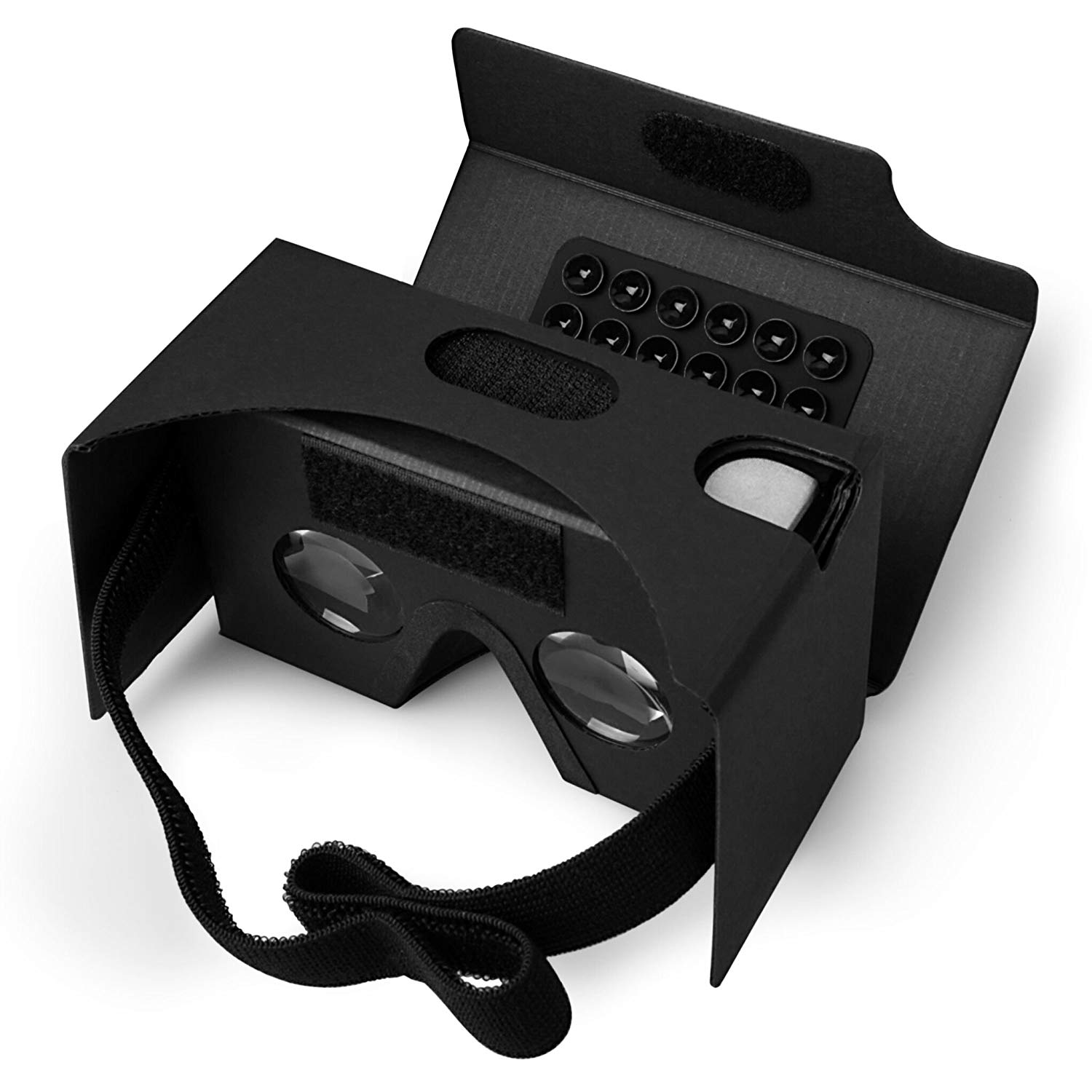 Google Cardboard is undeniably the easiest (and cheapest) way to get a taste of virtual reality content. The viewer is straightforward to set up, and it works with most Android smartphones, as well as the Apple iPhone.

All users have to do is mount their device to the headset and install the free Google Cardboard app, which is also a storefront for compatible apps.

As far as cardboard VR glasses go, this is one is very nice. It’s more attractive than the plane, brown versions and has a few helpful characteristics like the Velcro strap to hold it to one’s head. The biggest problem I have with this device is that there is no way to adjust the focus.

I’m sure there’s no way to do so on other comparable VR glasses either, so I didn’t’ lower the rating. In my case, I have the Samsung 7 edge . Read Full Review… 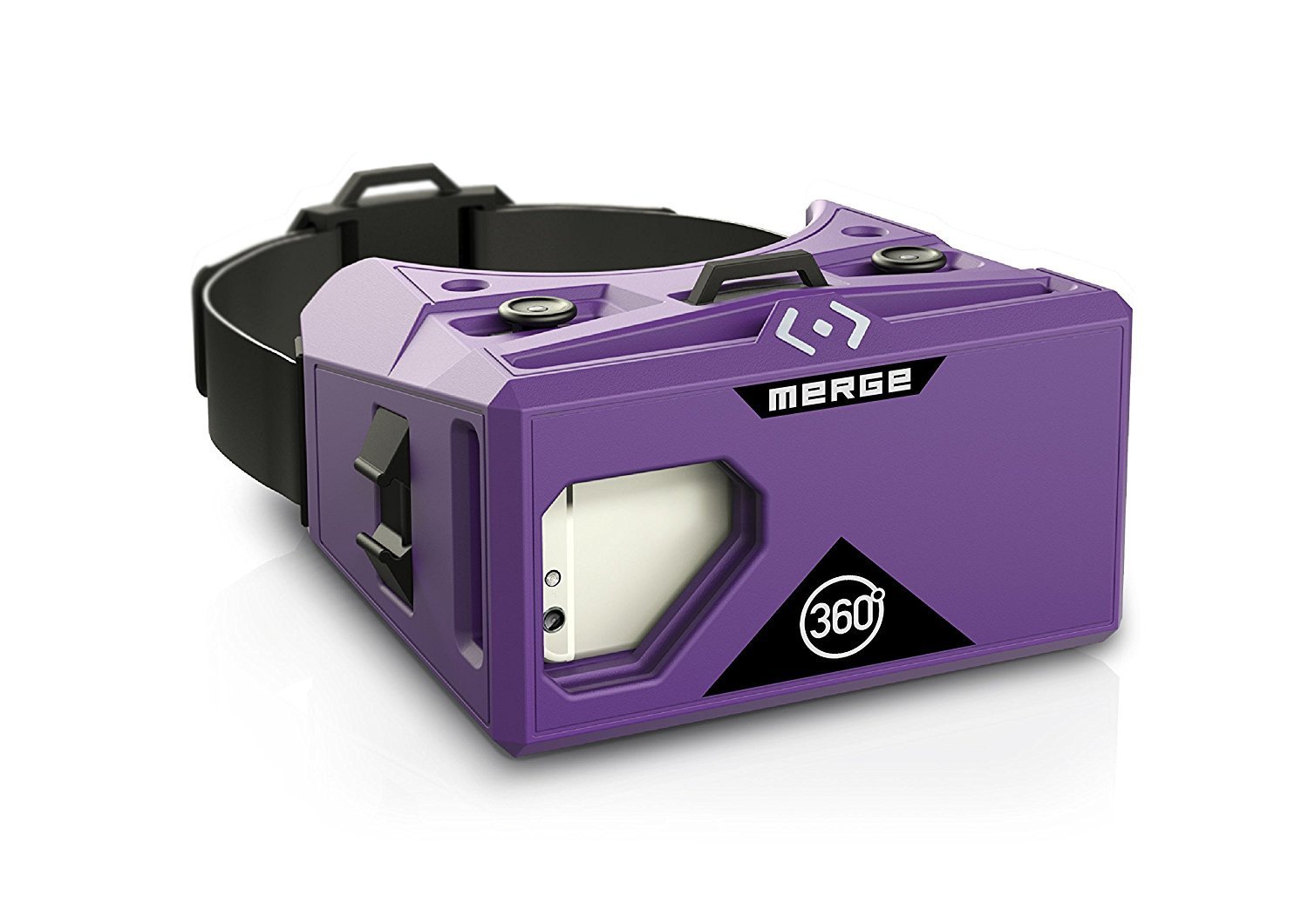 The Merge VR headset is yet another solid offering with support for the Google Cardboard app. The headset’s manufacturer is also offering its own, excellent platform with curated virtual reality experiences and games dubbed Merge Miniverse.

It’s designed to work with popular smartphones, including those in the Apple iPhone family. Unlike many Google Cardboard headsets, the Merge VR features a headband and ultra soft padding, which makes it comfortable for long viewing sessions.

The Merge VR headset is available in eight colors. They include purple, yellow, black, teal, red, orange, gray, and pink.

Let me start by saying I was unsure. You always see reviews on these things being both positive and negative. I ordered a set before this and it was returned immediately. This set is crystal clear focusing and works really well for my iPhone 7 plus.

I had my dad bungee jumping, took my mom under the Eiffel Tower, and my son sent to the Natural History Museum and was naming dinosaur fossils.  Read Full Review… 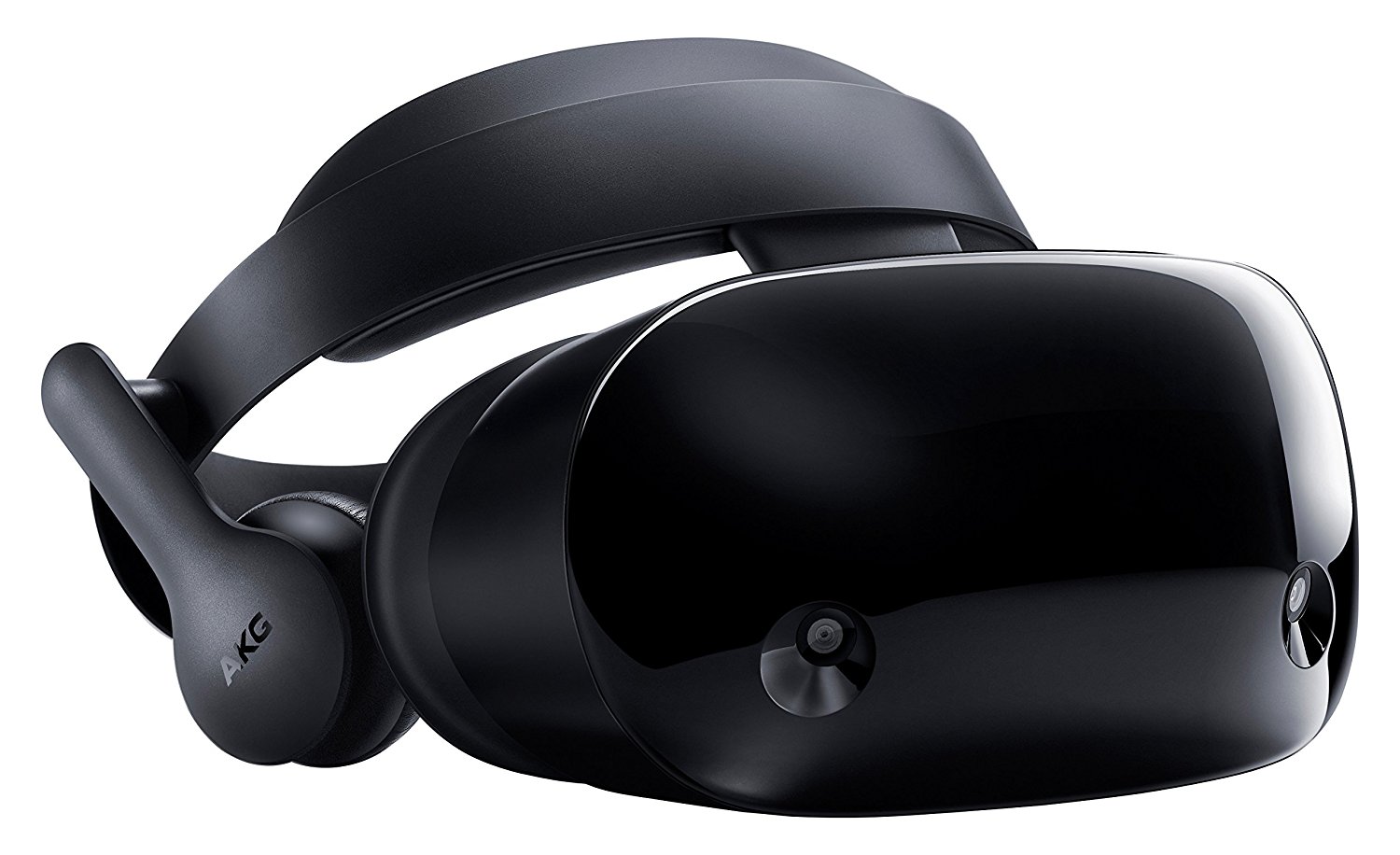 The accessory can deliver augmented and virtual reality experiences on Windows 10. It also supports content and games from Steam VR, so it’s a great, affordable alternative to the HTC Vive.

I do feel it’s wrong that some will give this or any VR headset a 1 or 2 stars because their system doesn’t meet the requirements. Read Full Review… 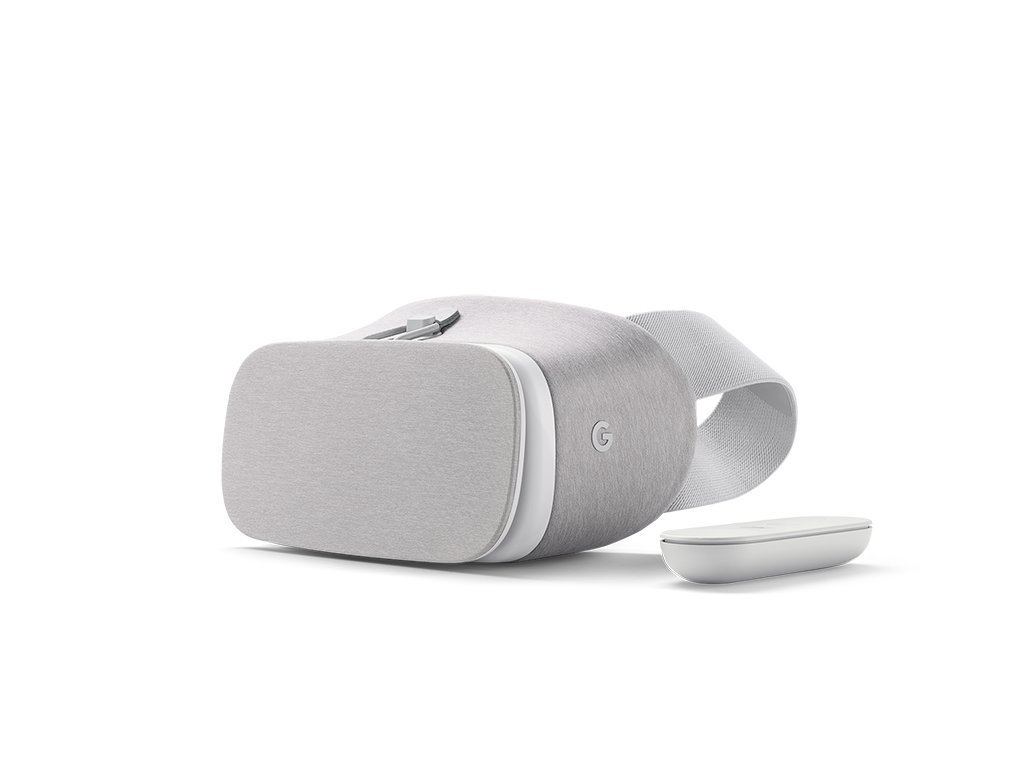 Beautiful to look at and comfortable to wear, the headset comes with a neat controller that makes all apps and games incredibly engaging.

There are several eye-grabbing colors to choose from — charcoal, fog, and coral. You can find out if your phone is compatible with the headset over here.

I got this for my axon 7 phone. Everyone knows that phones overheat when used and taxing conditions. Whoever designed this product should have to sign some sort of ventilation system to go with it. Otherwise it works well.The best way I have found to keep my phone cool is by using one of those cooling gel packs behind the phone in the daydream.

Without this my phone quickly overheats, but with the gel pack I can use it until I want to take it off because of the Heat against my face. Read Full Review… 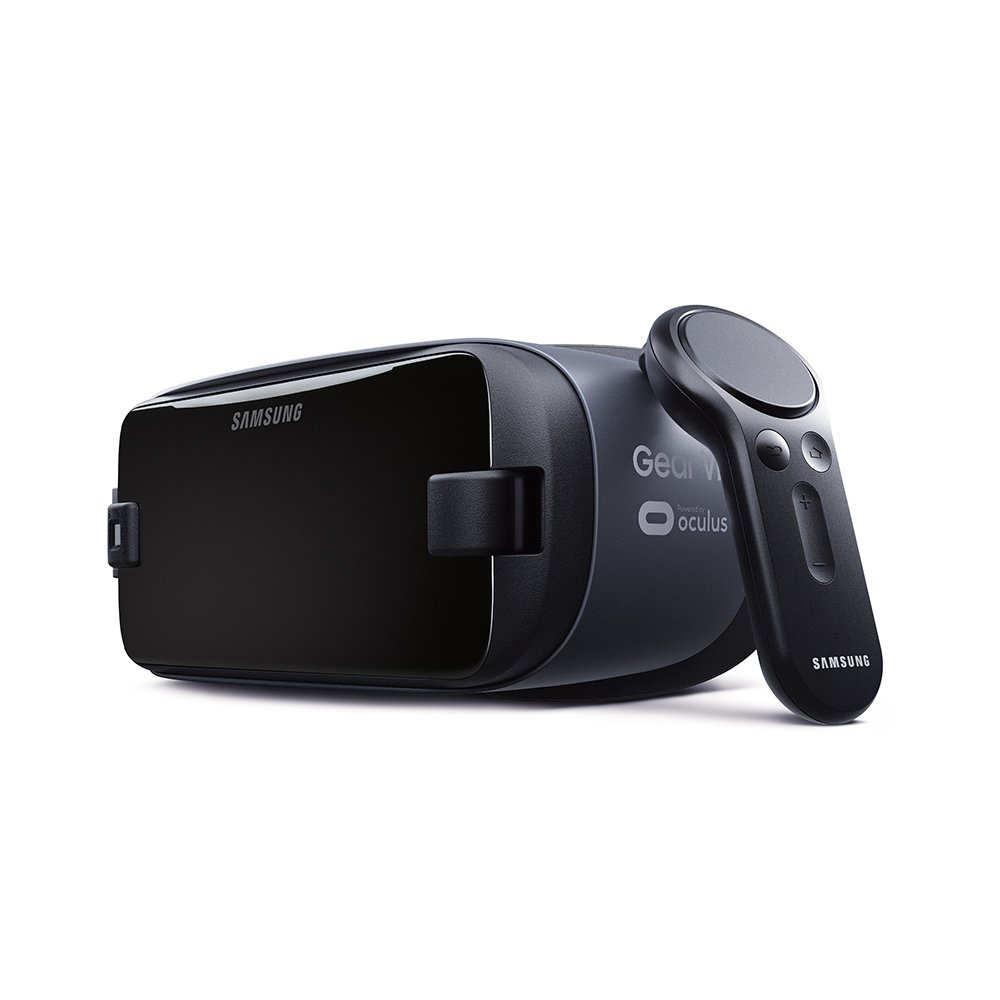 Samsung and Oculus teamed up to bring quality VR to the masses with the Gear VR headset. It’s comfortable, senses movement, and comes with an excellent motion controller. It’s the best way to experience virtual reality without investing in an expensive gaming PC or console.

The new Gear VR headset works only with Samsung’s high-end Galaxy S and Galaxy Note phones. It comes bundled with microUSB and USB-C adapters, but you need to carefully keep track of them — they’re small and easy to lose.

Just got the Samsung Gear VR w/Controller (Note8 Edition) today works very similarly to the last model though it’s just a tad sharper. Honestly I just got it since I loved watching movies on my old one that I used with my note 5 and S7 then got the note 8 and needed a new one.

I like that it has a removable multipurpose jack so if you get this it is backwards compatible. It has a micro USB and a USB  jack you choose which you need. Read Full Review…

The Sony PlayStation VR is the best option to experience quality virtual reality content in its price range. Unlike the pricier HTC Vive and Oculus Rift that require even more expensive gaming computers to work, all the PlayStation VR needs is one of the tech giant’s PS4 or PS4 Pro gaming consoles.

Easy to set up and operate, the headset features a quality OLED display with a zippy refresh rate and low latency. There are plenty of games, experiences, and videos to soak in, too.

We’ve all been waiting for Virtual Reality to become. This is definitely a step in the right direction towards having our very own Holodecks. The picture is crisp.The 3-D graphics give you a real sense of presence. The 3D sound lets you pinpoint exactly where a sound is coming from.

This is definitely a must have for all gamers and non-gamers out there that want to take a step out of their stressful lives and into the fantasy. Read Full Review… 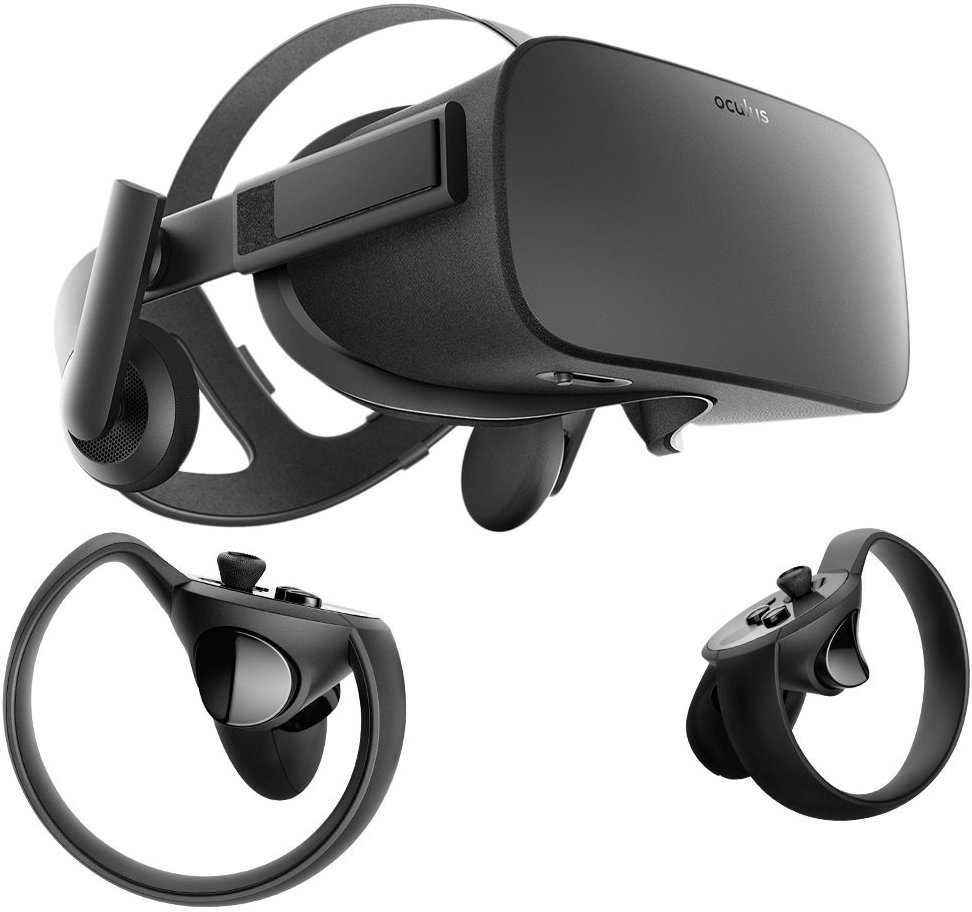 The Oculus Rift is a direct HTC Vive rival in the premium segment. It features a high-res display, integrated headphones, two Touch controllers, and a pair of movement sensors.

Like the HTC Vive, the Oculus Rift requires sufficient room, as well as a powerful gaming PC, in order to deliver the best user experience. Oculus has listed a number of compatible options in various price points on its website.

If you’ve got the PC to handle this, you really need to try the Rift + Touch. Especially at the great price point of $400 right now. I’ve had it for several days now and am really enjoying the experience. I haven’t tried the Vive, so will not try to compare there.

However, I did try the PS VR for about a week. Hate to say it, but that experience was awful. I ended up taking the PS VR back to Best Buy. Long story, short. Check out the PC requirements – they’re stiff. Read Full Review…