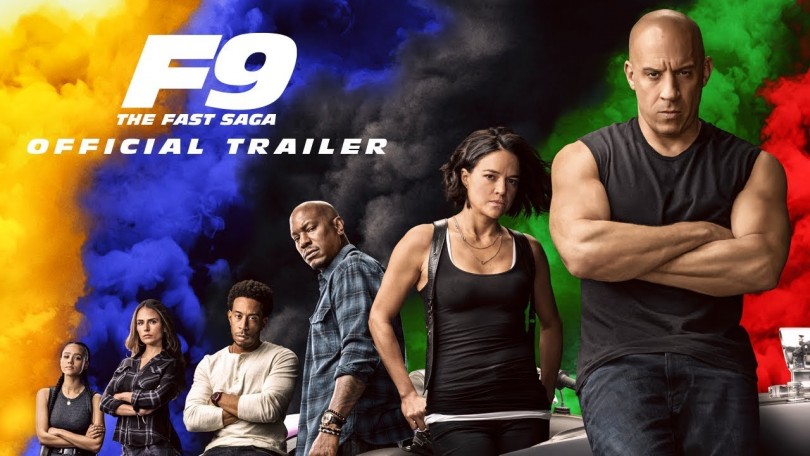 Fast And Furious9 is a direct sequel to 2018’s Fate of the Furious, which saw Vin Diesel’s character Dominic further expanding his huge found family through the tried-and-true method of bonding over car racing while conducting international espionage.

The formidable ensemble cast now includes Michelle Rodriguez, Ludacris, Charlize Theron, Michael Rooker, John Cena, and Helen Mirren, most of whom are back from previous installments.

This time, Dom and the gang are facing off against a surprising new villain: Dom’s own younger brother, a vengeful John Cena who’s out to take his brother down.

The first teaser of Vin Diesel’s Fast And Furious 9 is out. The lead actor, who plays the role of Dominic Toretto in the franchise, will be seen as a family man in the new film.

The teaser opens with Dominic with his son and wife. He can be seen vowing to safeguard his son Brian from impending dangers.

Michelle Rodrigues also appears in the teaser as she gifts a cross locket to protect Brian from “what is coming”. She says that Brian’s father had given her the locket.

Contrary to the image of Fast And Furious films, the new teaser doesn’t show any action happening. However, one can expect a lot of action in the next teaser or the upcoming trailer of the film.

With Fast and Furious 9 all set for release on May 22, the first teaser clip of the upcoming action film has been revealed and fans have got the first glimpse of what the film’s protagonists are up to.

The teaser, which was shared on social media on Tuesday night, shows franchise stars Vin Diesel (Dominic Toretto) and Michelle Rodriguez (Letty) taking care of the former’s son Brian, who was revealed in the climax of the previous film. In a monologue, Toretto expresses how he has to be more careful with his life as he is now a father.

The teaser ends with Letty giving Brian the iconic cross that Toretto has been seen wearing throughout the franchise.

The plot details are still largely unknown. Michael Rooker and John Cena will join the cast this time.

The new trailer for F9: The Fast Saga dropped Friday, delivering all of the insane excesses we’ve come to accept from the deliciously absurdist franchise.

This time around, the narrative revolves around Dom (Diesel) facing off against his brother, Jacob, played by a dark-sided Cena. In true Fast fashion, Jacob is an absolute uber-villain, made all the more vicious by his familial ties to Dom.

He is, a befuddled Roman (Tyrese Gibbs) recounts: a master thief! An assassin! And a high-performance driver, of course. He’s also in cahoots with Cipher, the formerly dreadlocked villain portrayed by Charlize Theron in The Fate of the Furious.

“Your whole life, you pushed yourself to be faster than Dom, smarter than Dom—but could you kill him?” she purrs cruelly. “Because I’m ready if you are.”

As with all the Fast movies, F9 is packed with improbable action scenes, including but not limited to one in which Dom stands on top of a speeding car, then gets hit by a nearby flipped car—only to stop it with his bare hands! Somehow! If Idris Elba’s villainous Brixton was toying with superhero capabilities in the last film, F9 has evidently decided to throw out the rules and lean all the way into magic.

F9, directed by Justin Lin, speeds into theaters on May 9.