Home » Entertainment » Do You Know Gayla Peevey Got Her Hippo More Than 60 Years After Her Famous Song ‘I Want a Hippopotamus for Christmas’? 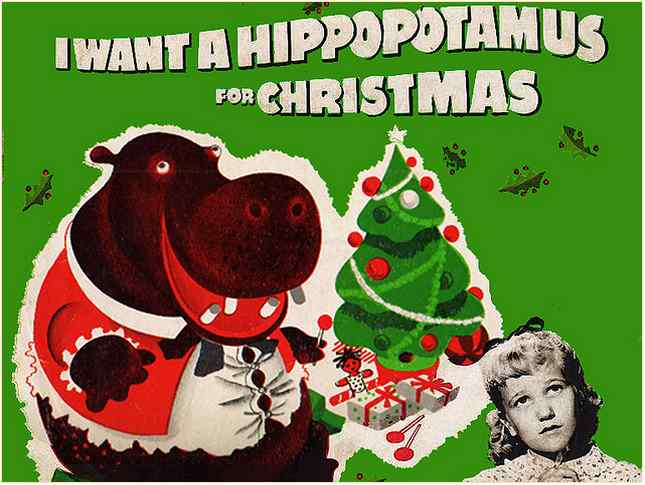 You will be surprised to know that the resident of Oklahoma city Gayla Peevey has been fortunate in welcoming another hippopotamus to the zoo after almost 60 years of getting the first one. Zoo got the firsts hippo after the Christmas song of the singer.

I want a hippopotamus for Christmas was written by John Rox and performed by Gayla Peevey who was only 10 years old at that time. The song was released in the year 1953 but picked up in 1958 when the song was ranked at number 24 on Billboard magazine’s top chart in December the same year.

The singer was present at the site when 26 year old pygmy hippopotamus Francesca made her first public appreances from the San Diego zoo.

Back in the year 1953, 10 year old singer sang the song “I want a Hippopotamus for Christmas”. The song gained immense popularity and then nationwide students started funding so that the hippo can be brought to the state zoo.

The interesting part is that the song was never recorder or presented as a fundraising song. But in one of the radio interview in the year 2007, Peevey said that the song was later heard by a local fundraiser and he connected the dots with Peevey’s original roots and thus started the campaign of getting hippo at the local zoo.

The campaign was a huge success and finally after several rounds of funding the hippopotamus was presented to the singer who in turn donated the same to the zoo. The hippo went on to live for almost 50 years old and longer.

Peevey was also there at the zoo when the first hippo Nile Mathilda arrived in the December 1953 after the song “I want a Hippopotamus for Christmas” became increasingly popular.

Francesca, the new hippo also joined the 43 year aged wolee in the zoo’s pachyderm exhibit. Pygym hippos are listed as endangered hippo and there are only less than 3000 such hippos left in our wildings.

Quite interesting right. So, it seems that a little 10 year old girl made a Santa wish and Santa blessed her. So, you can also do the same. This is the Christmas spirit and here you need to ask Santa whatever you want and if you ask the same in a good spirit then you will definitely be gifted.