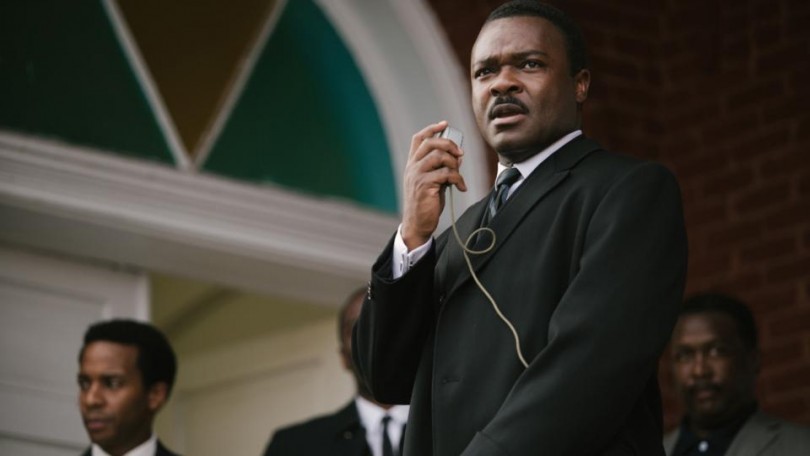 The epic march from Selma to Montgomery culminated in President Johnson signing the Voting Rights Act of 1965, one of the most significant victories for the civil rights movement.

Director Ava DuVernay’s “Selma,” tells the story of how the revered leader and visionary Dr. Martin Luther King, Jr and his brothers and sisters in the movement prompted change that forever altered history.

Director Ava DuVernay works carefully neither to glorify the man at the center of the drama – Martin Luther King Jnr (elegantly played by Brit actor David Oyelowo) – nor make this a biopic.

Covering little more than a five-month period of history, it’s a rich exploration of the complex politics of change as King steers a course between Democrat President Johnson (Tom Wilkinson), hard-line segregationist Governor of Alabama, George Wallace (Tim Roth) and various factions of the African-American Civil Rights Movement who were trying to end blatantly racist electoral procedures that kept black citizens from voting.

Which is why “Selma” only focuses on one short, impactful period in that life. Within that period she is able to find the man — his doubts and infidelities, his courage and determination, his righteous spirit — while still making it clear he was trying to guide something much larger than himself: A political movement, a shift in consciousness, a people whose time had come.

Of course, that time didn’t come easy, and after the many events of the past year, it’s clear it hasn’t yet fully arrived. But King’s fight to win blacks the right to vote in the South was a key breakthrough.

The film begins with King (David Oyelowo) at a Nobel Peace Prize ceremony in 1965 while, thousands of miles away, a group of young black girls dressed in their Sunday best make their way down a church.

Director Ava DuVernay and screenwriter Paul Webb have chosen a middle course between the standard historical waxworks biopic and an intimate depiction of the public politician as a private man.

The film makes it clear that King was not the sole guiding force in the march, that he had doubts about its effectiveness, that he had affairs that threatened his marriage – in short, that he was human and not a marble statue.

The best thing about the movie is David Oyelowo’s performance as King. He doesn’t simply portray King; he inhabits him. We can see how King, in his public appearances, or in his pressurized White House meetings with LBJ (Tom Wilkinson) to push voting rights legislation, deliberately maintains the statesmanlike aura.

But because we also see the doubts and disputes that are the backstory to this stance, his dignity in the national arena does not seem like mere posturing.

It’s extremely difficult to portray a legendary historical figure in a way that does justice to both that figure’s momentousness and his humanity, but Oyelowo has found a way to do it.